With the holidays upon us and J.K. Rowling’s Wizarding World still holding a decent hold on fans, it’s likely there are a large amount of wish lists out there asking for something Harry Potter related.

With supermarkets and online stores saturated with official merchandise and so many options for experiences and products out there for fans, what do you get a Harry Potter fan that already has plenty of Hogwarts house-themed apparel, all the books and films, and their own wand?

J.K. Rowling’s children’s charity, Lumos, is known to most in the Harry Potter fans. Those who admire Rowling’s philanthropic efforts might appreciate a donation to a charity as their Christmas gift. What’s better, Lumos recently launched their 2019 Christmas campaign with the release of A Magical Time of Year. 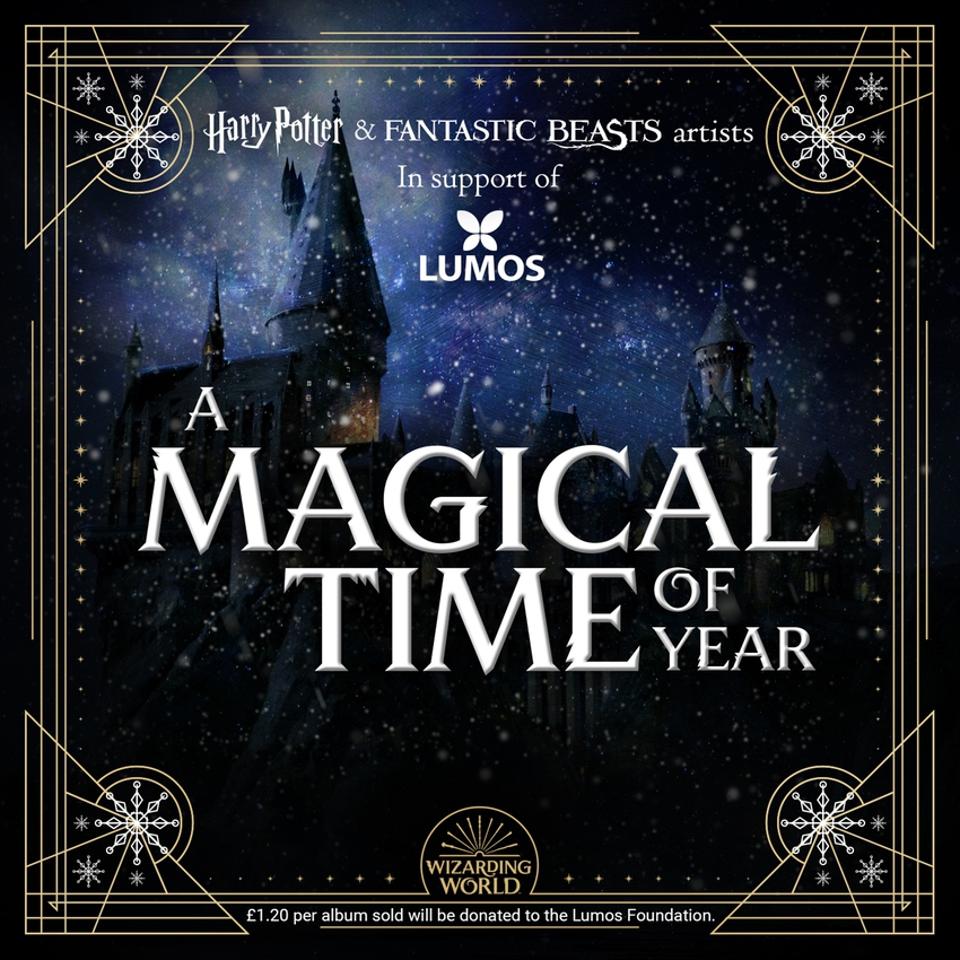 The Christmas album features recordings of Harry Potter, Fantastic Beasts and Harry Potter and the Cursed Child actors singing traditional Christmas songs, with £1.20 per album sold (or equivalent) going to the Lumos Foundation, meaning your gift will help make a difference to the lives of children.

The album is available to stream or download digitally, meaning you can easily copy it onto a CD or USB as a charitable gift!

From custom-made wands to fan art commissions, custom hand bound versions of the Harry Potter books, wrock (wizard rock) CDs and vinyls, jewellery and even personalised products for pets, unofficial fan-made and handmade products come with the added bonus of often being customisable and unique. Try Etsy to find some great artists, and explore Instagram to find fan creators.

Train sets are a classic holiday tradition, and this Hogwarts Express train set from Hornby, complete with a DCC Ready 5972 locomotive with working headlight, plus two coaches, is a unique gift for any Harry Potter enthusiast with a love of trains – imagine this circling round a Christmas tree!

LEGO might be aimed at kids, but adults can certainly take enjoyment in building these Wizarding World sets, too. The new Hogwarts Castle model makes a great mantle topper, and with plenty of other options in their Harry Potter collection, it’s the perfect gift for fun-loving enthusiasts of the franchise.

What better way to celebrate the holidays than gifting decorations to use for next year? These Wizarding World themed ornaments from Warner Bros. will put a smile on any fan’s face — again, look to fan-made ornaments for even more selection!

Perhaps a gift for younger fans or a Ravenclaw looking to learn a new skill, the Harry Potter Kano Coding Kit adds a magical touch to the process of learning to code. The state-of-the-art tech allows users to build their own interactive wand, piece by piece, and learn to code using their wand via Kano’s app, including over 70 Wizarding World themed games and tutorials.

Jim Kay’s illustrated editions of J.K. Rowling’s Harry Potter series are a delight to any fan. Whether you’re getting them to read to a younger family member, or as a special gift for a friend, the four editions currently on offer (Kay is currently working on illustrating Harry Potter and the Order of the Phoenix) are sure to enchant. Find them at Bloomsbury and Scholastic.

Harry Potter – The Exhibition tours worldwide (and is currently in Lisbon, Portugal), and play Harry Potter and the Cursed Child is now open in London, New York, Melbourne and San Francisco, with further productions planned for Hamburg and Toronto.

For a free day out (and maybe a surprise print as a gift), there’s also House of MinaLima, a gallery displaying the works of Miraphora Mina and Eduardo Lima, graphic designers on all eight Harry Potter films and the new Fantastic Beasts film series.

Pandora recently released a new Harry Potter collection, so any fans with a passion for jewellery, or those who may already own a Pandora bracelet would likely love any item in this collection.

As Warner Bros. continue to expand the franchise to new limits, there have never been more experiences and products on sale for Harry Potter fans. Diehard fans may be difficult to buy for, but with plenty of unique options to choose from, something out there is bound to get shipped in time for Christmas Day!

Impact Of COVID-19 On Lines Of Credit

Change Is Hard But Unavoidable. Eight Insights On...

LeBron James Looks To Have Drafted A Super-Team...

Real Madrid Won The Battle But Can They...

How To Make Sure That Employee Analytics And...

High Times Gets Another New CEO, May Pivot...