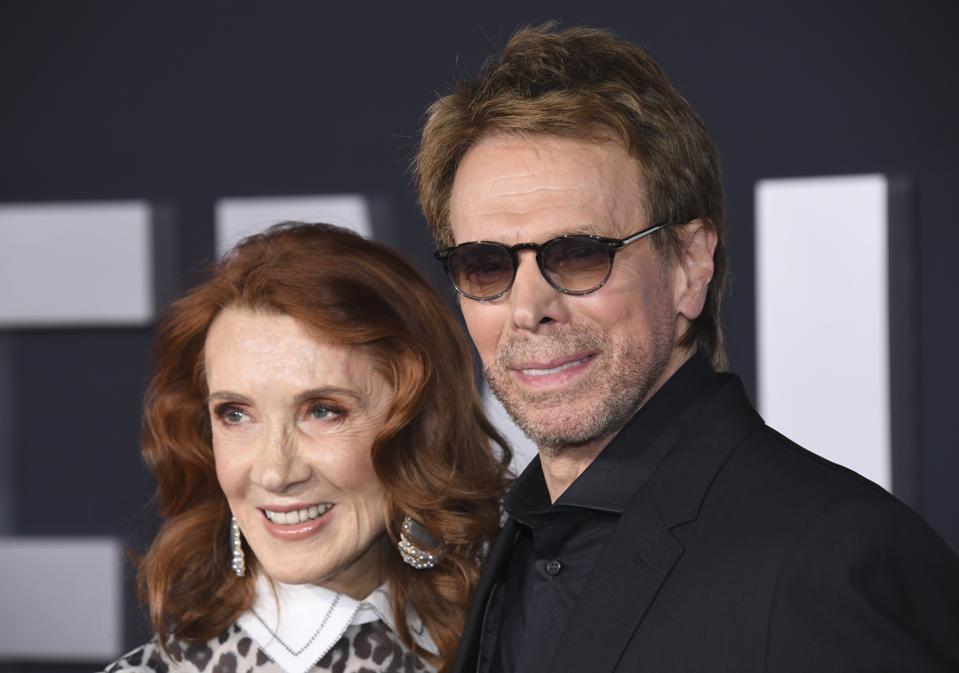 Producer Jerry Bruckheimer and Linda Bruckheimer attend the premiere of ‘Gemini Man’ at the TCL … [+] Chinese Theater on Sunday, October 6, 2019, in Los Angeles.

“Sometimes you get it right, and sometimes you miss a little bit. But that’s part of the fun,” mused Jerry Bruckheimer, one Hollywood’s most successful producers. “We’re storytellers, that’s all we are.”

He’s given us the Beverly Hills Cop movies, Top Gun, the Pirates of the Caribbean franchise, The Rock, Armageddon, and, most recently, Gemini Man. His resume is one of the richest in the industry. “We try to tell intriguing stories with great characters and great themes, and that’s a skill that I’ve developed over the length of my career,” he added. “I’m still developing it; I keep trying to get better at it.”

“I think you learn more from the stuff you miss than you do from the successes. You’ve just got to take what you learn, and you move on. I’m always looking ahead. I don’t look back. I take the knowledge of what we did and move forward.”

Gemini Man starred Will Smith, was directed by Ang Lee, and grossed $173 million against a budget of $138 million.

“For me, working with Ang and Will was a huge win. They’re such gifted talents. To create a digital human being is the most difficult thing you can do, and the way Ang did it is absolutely unbelievable,” Bruckheimer explained. “It took years to get the technology right, to get Will right, it was such an arduous process, but we did it. We went into this not knowing if we could do it, but Skydance, the production company, took a leap of faith and just said, ‘Let’s go for it.’”

“Any time you do have something completely new and the technology is entirely new; it takes a while for people to get used to it. Some people did, and some people couldn’t get past it. We shot Gemini Man at 120 frames per second. Everything is so clear and so vivid that it shows every single detail. It’s got enormous depth, and we’re not used to looking at things that way. I think that was part of why some people reacted the way they did. We have to move cinema forward. We haven’t made any huge leaps in cinema since we invented color.”

Despite Gemini Man not being the runaway commercial or critical success many had hoped, Bruckheimer hasn’t ruled out a future for what they created, narratively, or technologically, on the big screen or potentially on TV.

“At the moment, it’s still very expensive to do it right. That will change in the next few years. I’m hoping it will change so that we can make more of these things,” the producer revealed. “We had to wait 15 years for the technology to catch up to the concept. We tried a bunch of different versions of this years ago, and it just didn’t work. We couldn’t do it then. It wasn’t believable.”

“Another problem is that there are very few actors that you can make this type of film with because the audience has to recognize them when they were young, and Will was a star in The Fresh Prince of Bel Air, so you remember him from that, and he still has to be a star today, which is a few years later. That’s the hard part.”

Bruckheimer and Smith continue to work together with their latest project, Bad Boys for Life, the third entry in the Bad Boys franchise, about to hit theaters. The first two Bad Boys movies grossed $414 million at the worldwide box office, unadjusted for inflation.

Later this year, another Bruckheimer sequel will land in theaters, Top Gun: Maverick. The 1986 original grossed $356.8 million and cost $15 million to make – the sequel’s budget is reportedly $152 million. Tom Cruise, another actor Bruckheimer has worked with on several occasions, returns as Pete “Maverick” Mitchell.

“I can tell you there isn’t a final cut on Maverick yet, we’re still working on it, and we’ll most likely still be working on it until it comes out,” the producer confirmed. “From my point of view, it’s terrific, but I’m the producer. It’s a terrific story. It’s romantic. It’s got amazing action and the reality of these actors in these planes, because we trained them for three months, is incredible. It’s a pretty exciting movie.”

Should we expect a third Top Gun?

“Well, let’s get through this one,” he mused cautiously. “It took us over 30 years to get this one made so one step at a time.”

We Need STEAM, Not STEM Education, To Prepare Our Kids For The 4th Industrial Revolution