The Department of Homeland Security’s inspector general’s office will conduct an investigation into how the Customs and Border Protection (CBP) and Immigration and Customs Enforcement (ICE) “are managing the COVID-19 pandemic at their facilities, with respect to both detainees in their custody and to their staff,” it announced Tuesday. 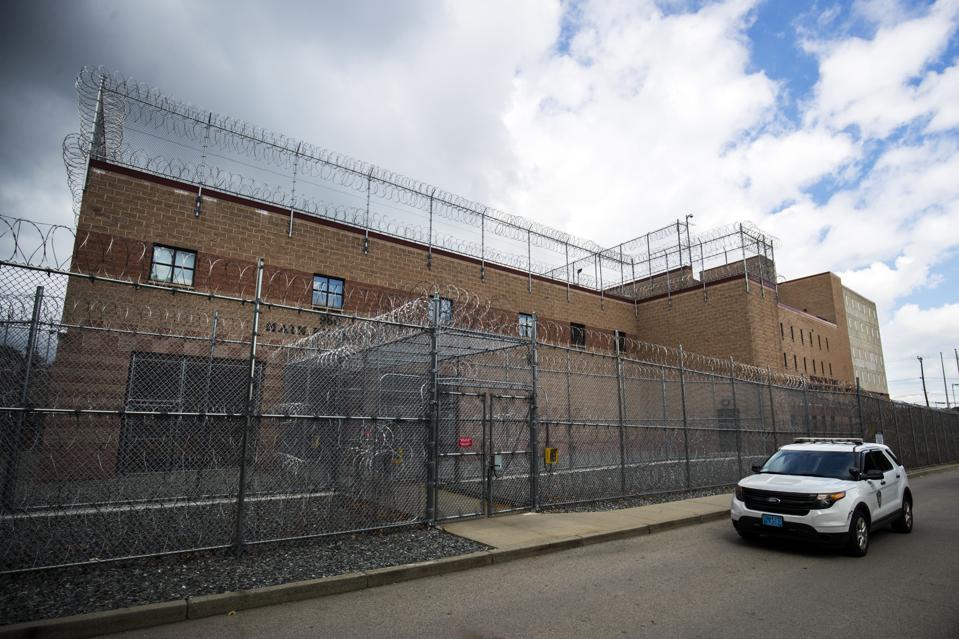 A patrol vehicle sits parked outside the Wyatt Detention Facility in Central Falls, Rhode Island, … [+] U.S., on Thursday, June 6, 2019. Jails and detention centers, once looked upon as cash cows for struggling municipalities, are now caught up in the bitter national debate over immigration. With President Trump moving aggressively to detain and deport undocumented individuals, some local governments are bridling at being in business with U.S. Immigration and Customs Enforcement. Photographer: Adam Glanzman/Bloomberg

The action is in response to a April 28 letter from 26 Democratic U.S. senators—including Chuck Schumer, D-N.Y., Elizabeth Warren, D-Mass., Corey Booker, D-N.J., and Kamala Harris, D-Calif.—asking the inspector general to review the conditions of ICE facilities.

Over 1,000 undocumented immigrants being held by ICE have tested positive for the coronavirus, about half of all detainees tested among nearly 28,000 total, according to CNN.

“Not only are detainees at higher risk because they are in such close proximity to others, people in detention and incarceration are more likely to have other preexisting health conditions, which places them at even higher risk for mortality from the virus,” the letter says.

The office of the inspector general, Joseph Cuffari, wrote back that it’s planning a review “to determine whether ICE Enforcement and Removal Operations (ERO) effectively managed the crisis at its detention facilities and adequately safeguarded the health and safety of both detainees in their custody and their staff.”

The letter added that it is currently conducting a remote inspection of U.S. Customs and Border Protection and ICE’s ability to manage the Covid-19 pandemic at their facilities with respect to staff and the detainees in their custody.”

Since the start of the pandemic, the American Civil Liberties Union has filed lawsuits against ICE to release immigrants amid the coronavirus pandemic. There have been reports describing a lack of personal protective equipment among staff and increased hygiene measures. Unlike prisons, which have seen population reductions as a result of the pandemic, many detainees in ICE facilities don’t have criminal records.

Trump has gone on a tear firing four inspector generals within six weeks, the latest being Steve Linick of the State Department on Saturday. Rep. Eliot Engel, D-N.Y., who is also the chairman of the House Foreign Affairs Committee, told the Washington Post that “His office was investigating—at my request—Trump’s phony declaration of an en emergency so he could send weapons to Saudi Arabia” last year. Additionally, Engel said Linick was investigating Secretary Mike Pompeo’s misuse of a political appointee to run errands for him and his wife.

A Trump appointee in 2019, Cuffari and his department has been criticized for a decrease in investigative activity, with 2020 on pace for the office’s lowest number of reports since 2003, according to a Washington Post report in March. “It is deeply troubling that the office is not releasing reports at the rate it has done in the past, and that the work that is being released is not up to standard,” said Rep. Bennie Thompson, D-Miss., at the time, who also chairs the House Homeland Security Committee.

As If We Needed A Reminder, Don’t Be Like Matt Lauer

Why You Should Swipe Left To Find The...