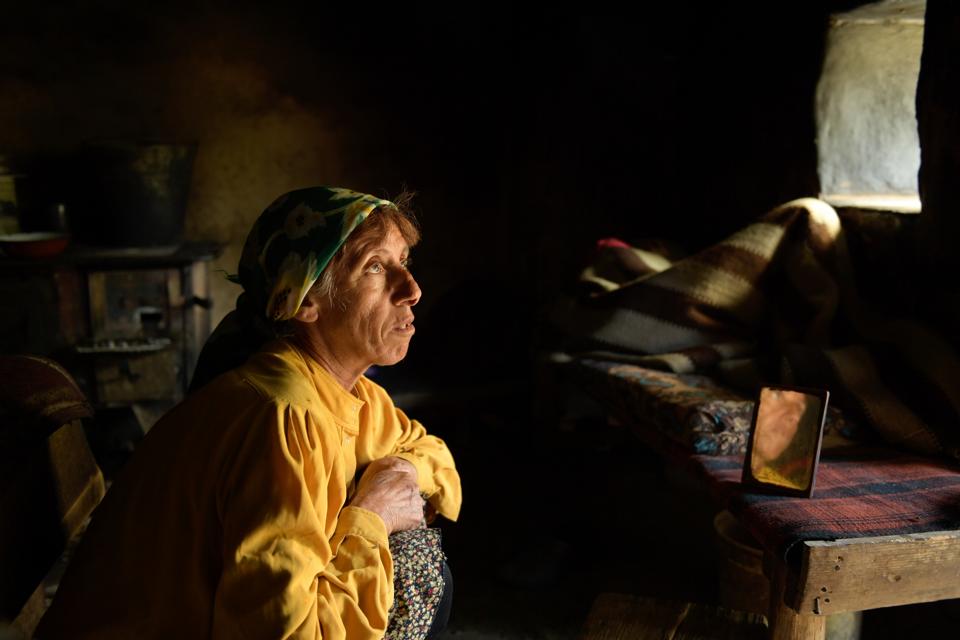 Amidst the controversies surrounding this year’s award nominations, there are some that truly deserve to be celebrated. Tamara Kotevska and Ljubomir Stefanov’s Honeyland is one of these films. Nominated in two different categories, the feature documentary is one of the most beautiful films I have seen this year.

Honeyland is the first North Macedonian film to be nominated in the 92nd Academy Awards for International Feature Film (previously named Foreign Language Film) in twenty-five years. The last time a North Macedonian film received an Oscar nomination was in 1994 for Milcho Manchevski’s Before the Rain. The other nominees this year are Ladj Ly’s Les Misérables, Pedro Almodovar’s Pain and Glory, Jan Komasa’s Corpus Christi, and Bong Joon-ho’s very popular Parasite. Unfortunately, Mati Diop’s Atlantique and Kantemir Balagov’s Beanpole did not make it onto the list.

Honeyland has also been selected for the award of Feature Documentary, alongside some equally powerful films: Steven Bognar and Julia Reichert’s American Factory, Feras Fayyad’s The Cave, Petra Costa’s The Edge of Democracy, and Waad al-Kateab and Edward Watts’s For Sama. Honeyland is the first film to be nominated for both International Feature Film and Feature Documentary at the same time.

The images in Honeyland are stunning. The film opens with images of a wide mountainous landscape, through which a tiny figure navigates. Beekeeper Hatidze Muratova leads the filmmakers to the very top-edge of a mountainside to find a beehive. Placing the honeycombs with its bees in a cone-shaped basket, she carries them back to her deserted village. Only her and her ailing mother—partly blind and bedridden—remain in the village. The images reveal Hatidze’s quiet life alongside her mother, cats, her dog Jackie and her bees. The film shows the tenderness with which Hatidze handles the bees, singing to them, and only ever taking half of the honey they produce.

Hatidze’s life is not confined to the village and the solitude of the mountains. She travels mainly on foot, and by train, to the country’s capital, Skopje, where she sells jars of the honey. She looks just at ease navigating her way through the market, to find a good price for her honey.

The quiet and peaceful life led by these two women is soon interrupted by the arrival of a couple with numerous children. Hatidze seems at first disturbed by all the noise her new neighbors are making, but she is soon happy to meet them. The head of the family, Hussein, is soon depicted as someone trying to find the best and easiest way to provide for the rest of his family with the means that he has. 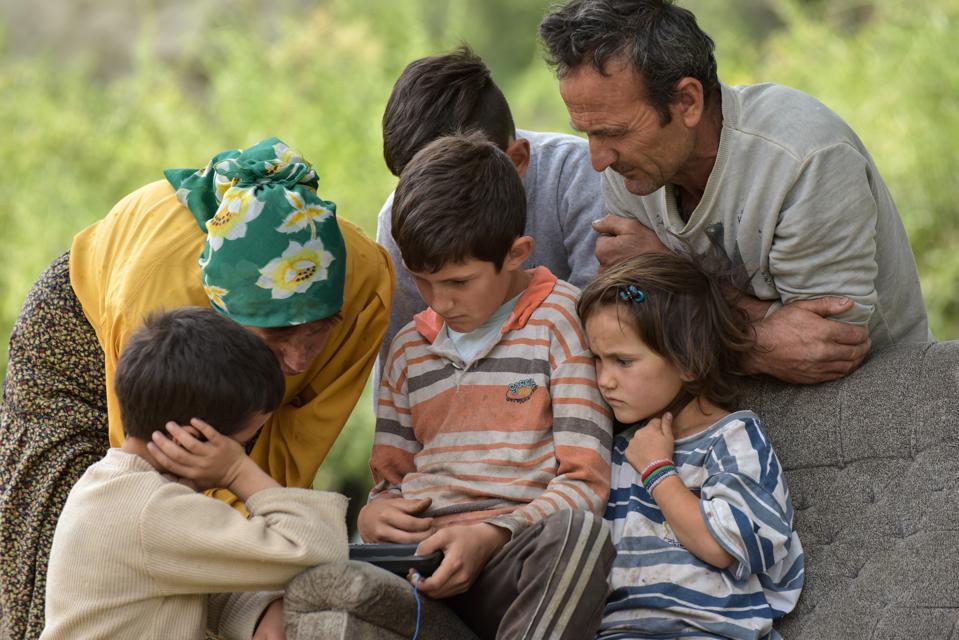 Hatidze with Hussein and his children in ‘Honeyland’

Hatidze teaches one of the older boys about beekeeping, and Hussein soon sees in it a way to make a good profit. The film shows how the family’s approach to beekeeping is completely at an opposing end to Hatidze’s gentle manner. She warns Hussein, however, that only half of the honey produced should be taken, and the other half should be left for the bees themselves, or his bees will soon come after her own bees. Pressured by a buyer, who wants an insane amount of honey, Hussein takes no notice of her warnings.

The camera seems to film its subject unnoticed, as if completely invisible. There are no direct glances at the camera (none that I have noticed). There is no voice-over to tell you what you are seeing. Filmed over three years, Kotevska and Stefanov have carefully chosen the images from the hundred-hours shot to create a documentary that speaks of our society in a most poetic way. The lure of profit is too great, to the detriment of a more suitable sustainable way of living.

However, in no way does the film romanticize Hatidze’s way of living. It is a harsh life, with no electricity, running water, and modern commodities. The film offers us an intimate view of one of the last female beekeepers. Besides the drama with her neighbors, central to the whole narrative, it is the moments of intimacy that make this film so unique and beautiful. I am thinking specifically of these precious moments between Hatidze and her mother at their home, lit only by a lamp.

Honeyland is distributed by Neon in North America, where it was theatrically released in July 2019, grossing over $700,000. It is available to stream on Amazon.

AS Roma’s Bondholders Score On Anticipation Of Soccer...

A Look At How Manufacturers Are Responding With...

The Infrastructure Stimulus – What Is Wrong With...