Breaking
Everything You Need to Know About Corporate Social...
Is Adaptive Leadership the Key to Motivating Employees?
Why business events are set to return with...
Business events set to return with a bang!
Expanding Internationally: 5 Things to Consider for eCommerce...
How the Machine Shop Is Going Digital in...
Sustainable Food Packaging Is Helping the Hospitality Sector...
Top 5 Investment Practices To Make More Money...
Managing IT Requirements for SMEs: 5 Aspects that...
How To Build a Successful Luxury Brand In...
Finding The Best Google AdWords Consultant for Your...
8 Top Tips To Help Your Agricultural Business...
Three Reasons Why Office Décor and Design Are...
Looking To Improve Efficiency In Your Business? Here’s...
AI and machine learning for business
How Social Media Changed the World
Home Technology Honor MagicWatch 2 Review: Two-Week Battery Life, But Software Missing Crucial Feature
Technology 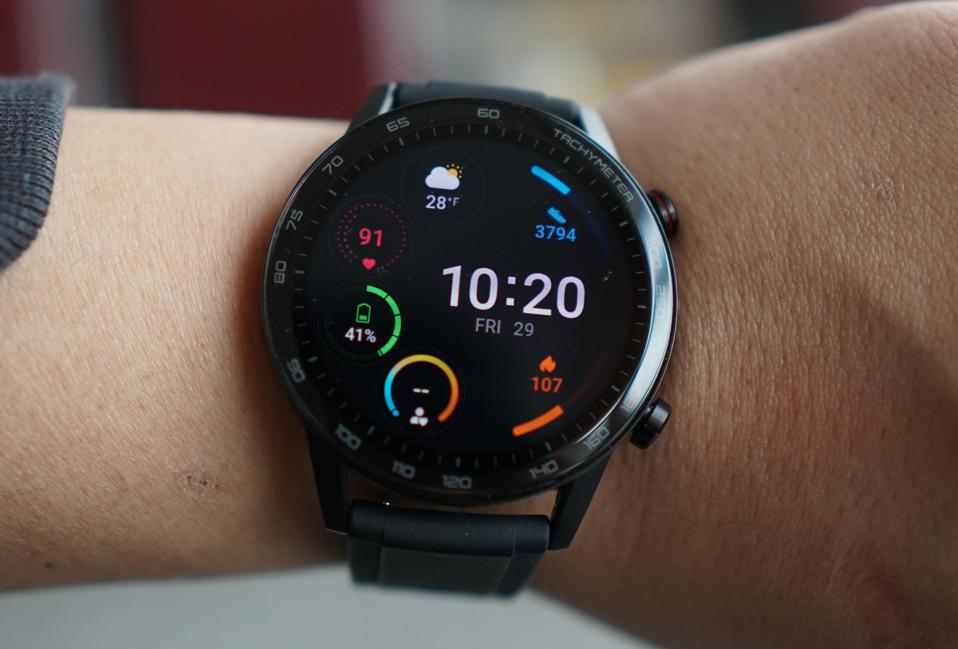 Huawei not being allowed to use a full version of Android with Google Mobile Services on its phones has been a major obstacle, since Google’s core apps are widely used around the world, some of which like YouTube have a near monopoly globally.

But Huawei not being allowed to use Google’s WearOS on its wearables? Not a problem at all, because WearOS’s shortcomings are relatively well known in the tech community.

Released under its Honor branding, the MagicWatch 2 is an elegant and premium-feeling smartwatch that runs Huawei’s own software, named LiteOS, based on its own Mobile Services framework that replaces Google’s own.

While LiteOS is relatively fine especially considering its newcomer status, it still falls far short of what Apple’s WatchOS can do, but then again, comparing any Android wearable to the Apple Watch is a lost cause—the gap is too wide. Comparing it to fellow non-Apple wearables such as the Fitbit Versa 2 or TicWatch Pro or Galaxy Watch, however, Honor’s MagicWatch 2 holds up well. In fact, in one area—battery life—the MagicWatch 2 is miles ahead of everyone else.

The MagicWatch 2 doesn’t try to resemble an Apple Watch or a mini computer like Fitbit’s offerings, instead going for that traditional timepiece route like Samsung’s or TicWatch’s wearables. The stainless steel frame, a raised bezel (that can’t actually be rotated), and two crowns that are actually clickable physical buttons complete the look. It’s not too thick at 10.7mm—thinner than Fitbit’s and Samsung’s watches—and fits on the wrist comfortably without getting into the way of long shirt sleeves.

The watch comes in two sizes: 42mm, with a 1.2-inch screen, or 46mm, with a 1.4-inch screen. I tested the larger model, and that 1.4-inch OLED screen is gorgeous, with vivid colors and 800 nits of brightness—that’s better than some phone and most computer screens—for easy outdoor viewing. 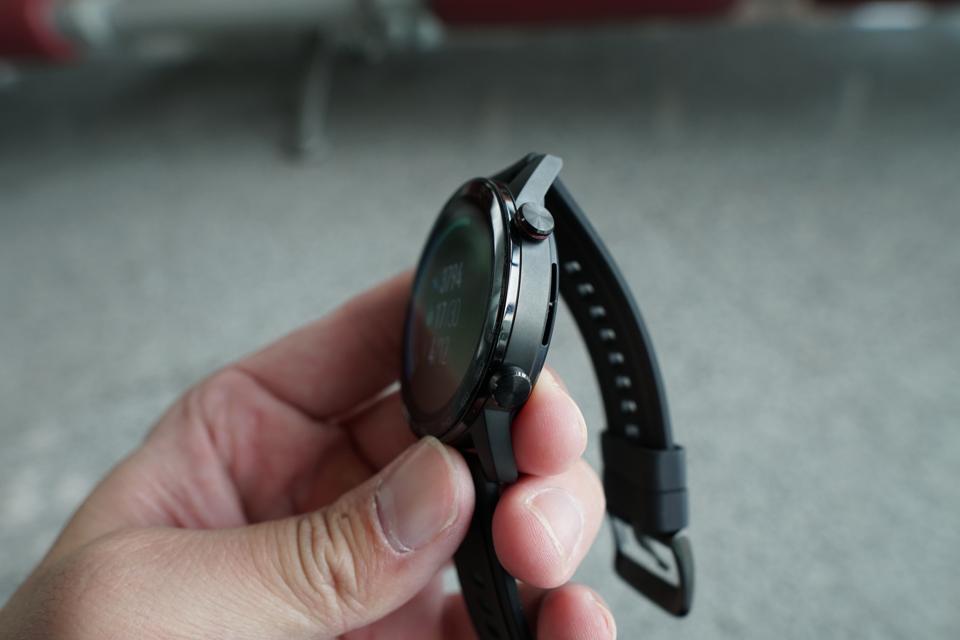 The two crowns can be pressed 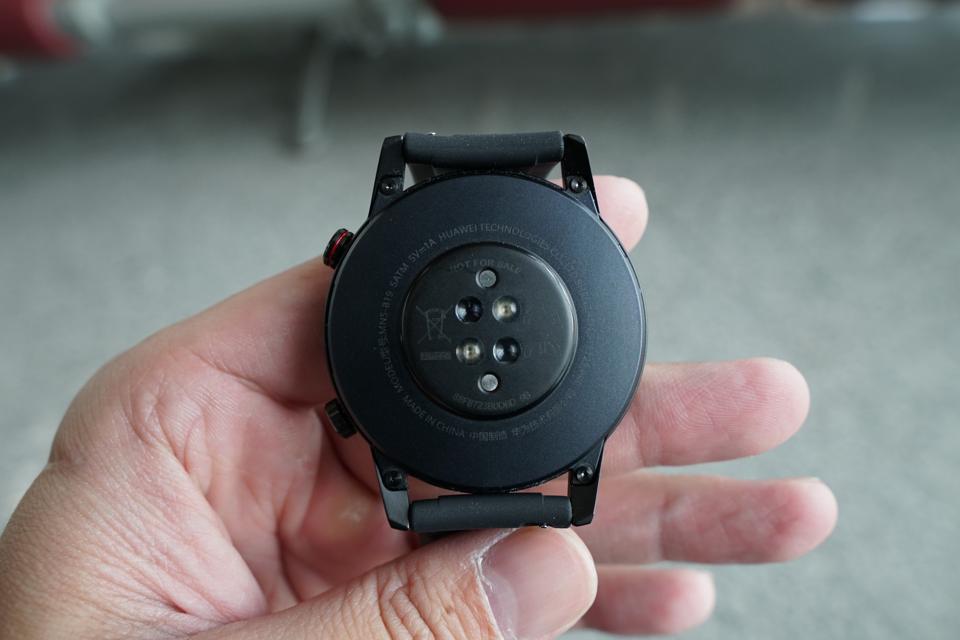 The usual heart rate sensor on the back. 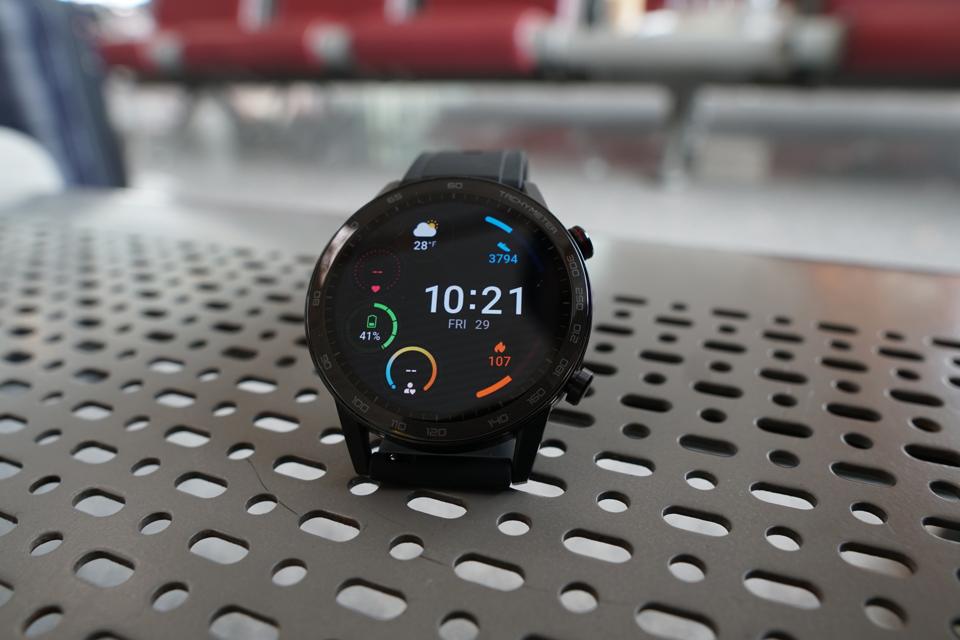 The screen of the Honor MagicWatch 2 is vivid and bright.

Around the back is the usual heart rate sensor and pogo pins for the proprietary charger. I am never a fan of proprietary charging tech for products that aren’t ubiquitous (like an iPhone), but the good news is you won’t have to charge the watch much.

The battery of the MagicWatch 2 can somehow last two full weeks. And this is 14 days of full smartphone functionality, including using the vibrant color screen, GPS tracking for runs, regular heart rate monitoring, and sleep/step/exercise tracking.

Here’s how unbelievably crazy 14 day battery life is: the Apple Watch can only go a day and a half at most; it has never gone two full days for me. The TicWatch Pro can go four days as a regular smartwatch before it “dumbs down” and becomes a device that can only tell time for another 20 some days. And in my recent review of the Fitbit Versa 2, I raved about that wearable’s six day battery life.

Not even a month later, Honor has made 6-day battery life look lacking.

The watch achieves this battery endurance feat, Honor reps say, because it uses Huawei’s own Kirin A1 chipset instead of the two-year-old and power hungry Snapdragon 2100, which is the only option for many other third-party smartwatch makers. This is where Huawei’s vast resources come in handy: it can build its own hardware and software, just like Apple, which improves battery efficiency and performance due to the hardware-software synergy. Other brands like, say, TicWatch or Fitbit, probably don’t have the resources to build its own silicon and are at the whims of Qualcomm.

The MagicWatch 2 has other hardware bits one would expect from a modern smartwatch: It has built-in GPS, a mic and speaker for taking calls, and 2GB of internal storage for music playback via bluetooth connection.

The included straps are made of plastic and feel a bit cheap, but they have a lot of notches so it should fit any size wrist easily. Removing them is just a matter of pushing a pin switch, and the MagicWatch 2 supports traditional watch straps and bands.

The MagicWatch 2’s software behaves similarly to every Android smartwatch on the market, in that users navigate with a series of swipes and taps. Animations are smooth, and there was no noticeable lag.

As mentioned earlier, LiteOS can track all the usual health bits other wearable cans, including heart rate, stairs climbed, steps, workouts, etc. But I was particularly impressed by the sleep tracking; it seems very accurate and close to Fitbit’s best-in-class sleep tracking. The Apple Watch, by comparison, can’t track sleep still.

There is, however, one major flaw of the MagicWatch 2: While it can receive notifications perfectly fine, in a timely manner. The watch can only display snippets of the notifications—in WhatsApp, that’d be the sender’s name and a few words of their message; or in Gmail, the sender and subject header. I can’t expand on the notifications to read, say, the entire email or the full WeChat message if it’s longer than a sentence. I must reach for the phone to see the rest.

This is a major problem. To me, one of the biggest reasons to own a smartwatch is it eliminates the need to constantly reach for the phone. When I wear an Apple Watch, I can often conduct brief WhatsApp conversations (like setting up dinner plans with a friend) entirely on my wrist. 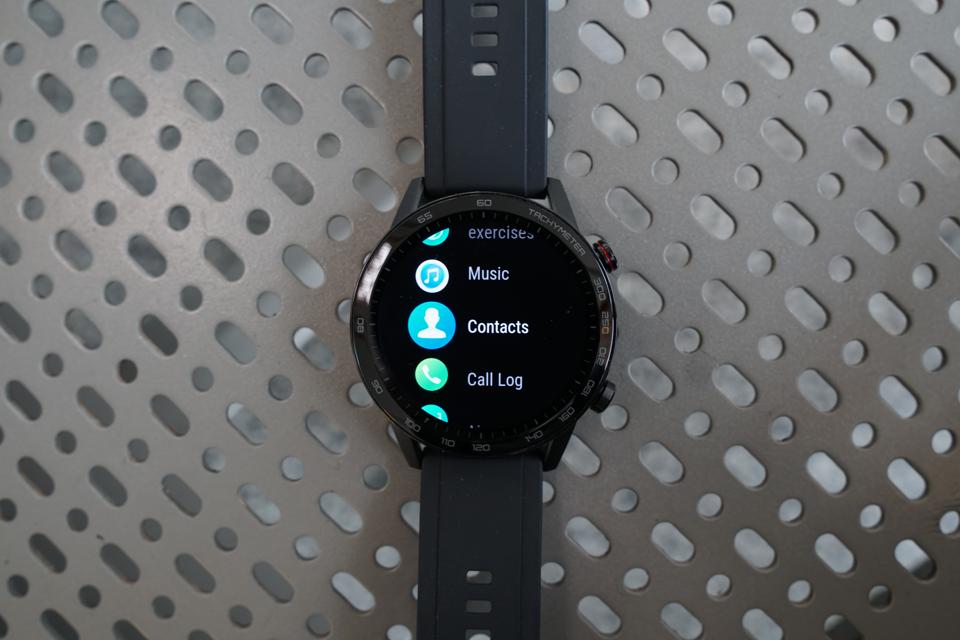 Cycling through the various apps of the MagicWatch 2.

And it’s not just the Apple Watch. On the Fitbit Versa 2, I can usually read enough of an incoming email on my wrist to know if it requires an immediate response. But I can’t do that on the Honor MagicWatch 2, I still have to whip out my phone to do all of the aforementioned tasks.

The price is right

Although the MagicWatch 2 is missing crucial notification features that I believe is the major reason to own a smartwatch, it is still perhaps worth a look for those who want an elegant watch to keep time, and provide all the fitness tracker features.

Priced at 1,099 or 1,199 yuan in China for the 42mm or 46mm model, and with prices remaining mostly in that range across Asia (Europeans, however, have to pay a markup of €179), the MagicWatch 2 is affordable and good looking enough to just be a beautiful fitness tracker and music player.

But for me, I need to be able to interact with notifications to justify wearing a gadget on my wrist—so I’ll be sticking with the Fitbit Versa 2 when I’m using an Android or the Apple Watch when I’m on an iPhone.