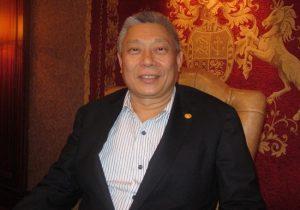 The Wei clan behind “Master Kong” beverage supplier Tingyi took first place on the new Forbes Taiwan Rich List unveiled Thursday with a fortune worth an estimated $7.2 billion.   Yet the biggest individual wealth gainer was Tingyi rival Tsai Eng-Meng, chairman and CEO of Want Want China. Tsai added $1.4 billion to his fortune, helped by a 34% rise in the company’s Hong Kong-listed share price in the past year. That compares with a 16% gain for Tingyi and a 7% rise in Hong Kong’s benchmark Hang Seng Index during the same period.

Tsai, 63, took over his father’s food business at age 19, and came up with an idea for a new item: crackers made from rice flour. Want Want China has since turned itself into one of the world’s largest makers of Chinese-style beverages and snacks. The company went public in Singapore in 1996; delisted there in 2007, and went public again in Hong Kong in 2008. (Click here for an earlier Forbes Asia cover profile.) Though Tsai remains hands-on at the top, the next generation of leadership is in the wings. Sons Wang-Chia and Kevin, along with nephew Cheng Wen-Hsien, are members of Want Want’s board of directors.

Want Want, however, is up against slower economic growth in its main market, mainland China. GDP rose 6.1%, the slowest pace in near three decades. According to government figures released on Friday. Want Want is also up against tough competition in beverages and snacks alike from the likes of multinationals like Unilever and Pepsico, and locals such as Wahaha.

So why has Want Want’s stock outperformed? Clearly, it isn’t from high-flying sales. Revenue in the six months to last September increased by only 1% from a year earlier, to 9.3 billion yuan, or $1.3 billion.

Rather, attention to profit and the continued evolution of its “Hot-Kid” product line into sugar-free milk and apparel tie-ins helped. (See section on Hot-Kid here.) The company’s net profit increased by 18% in the first half to 1.6 billion yuan, fueled by a tax reduction, product upgrades, new items, lower material costs and staff cuts. Stock investors looking for dividend payout were attracted by the company’s three percent yield.

What’s ahead? Product and brand management are an ongoing plus, and revenue may also have room to rise through e-commerce and other new channels. The upcoming Chinese New Year holiday season also traditionally gives Want Want’s gift sets a boost.

CMB International Securities put a HK$7.70 price target on Want Want’s stock in a Nov. 20 report, citing revenue growth, better-than-expected profit margins and a projected price-earnings performance of 21.7 (versus a historical average of 20). The stock closed at HK$7.10 on Friday.