Breaking
Florida Supreme Court Tells The American Bar Association...
How to Write Perfect Paid Social Media Marketing...
How To Boost Productivity In Your Small IT...
How Restaurants Can Design a More Sustainable Food...
Expenses That Small Business Owners Need to Be...
How You Can Make Saying Goodbye To The...
Biden To Meet Royal Family At Cornwall’s Eden...
It’s Going To Be Emotional — Going International...
Peer Mentoring For Students: STEM & Buds
7 PR Trends in 2021: The Story So...
Google Plans Radical New Google Pixel Smartphone Upgrade
Where Did COVID Come From?
Ride To Growth With A Business Vehicle
C3.ai’s Tom Siebel: How To Scale AI
Moz Acquired by iContact Marketing Corp
10 Examples of Brands Using TikTok Stitch and...
Home Business Hot Toys And The Toys “R” Us Comeback Will Keep Santa Busy
Business 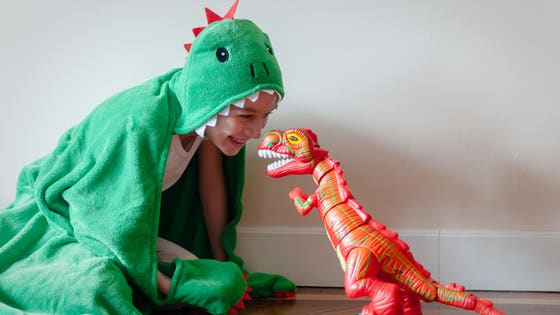 Toys are hot. Everyone is selling toys. However, I recommend that shoppers go to Target or Walmart or visit Amazon to get the largest selection – and probably some of the best prices. The official demise of Toys “R” Us in 2018 caused everybody – including Macy’s, Kohl’s, and JCPenney – to expand their toy department and add many more toys to their holiday assortment. Walmart added 25% to their selling space while Target added 10,000 more toys. We shopped for the hottest toys.

Here is what we found:

13. Melissa and Doug Suspend Family Game @ Amazon and most stores

14. Gund Baby @ Amazon and most stores

There’s even more big toy news. I am happy to report that Toys “R” Us is making a comeback. The company went into bankruptcy and closed its doors in 2018. Now, a 6,000 square foot Toys “R” Us has emerged in the Westfield Garden State Plaza in New Jersey – just in time for the busy selling season. A second Toys “R” Us store will open on December 7th in the Galleria in Houston, Tx.

OK, two stores do not make a chain, and these stores are much smaller than the 40,000 stores that were abandoned. But a company that is now called TRU bought the rights to the name, and the new management plans to expand stores in 2020. The TRU management is headed by CEO Richard Barry, and includes Yehuda Shmidman as Vice Chairman, Matt Finigan as CFO, and Jean-Daniel Gatignol, SVP.

Here are some of the well-known brand names you will see in these new Toys “R” Us stores. Hasbro will be featuring several products, Lego will offer hands-on opportunities for the kids, Nintendo Switch has an anchor shop in the stores, and Spin Master (as reported by Chain Store Age) will showcase many brands including PAW Patrol.

Toys are an important part of the holiday season. While most toy departments do not get much attention during the rest of the year, this is the time for them to shine. It will be an exciting season before Santa comes down the chimney on December 24 for all those young-at-heart out there. And, it will be interesting to see which retailers have those shining toy departments.

Top 8 Predictions That Will Disrupt Healthcare in 2020