Breaking
How To Get Your Startup Business Off The...
How To Create A COVID Safe Construction Site
How to Make a Good First Impression at...
Plan To Buy An Electric Car? Is A...
Covid-19 Death Toll In U.S. Passes 200,000
Apple iOS 14 Has 25 Great Secret Features
5 Decisions That Will Increase Your Chances Of...
Coronavirus Is Shaping Up To Be Very Bad...
TikTok: Why Is Everyone In A Tizzy?
Is It Time For A Bank For Women?
As Israel Locks Down, Its Health Tech Sector...
California Increases Homestead Exemption In New Legislation
Buying The Bulge Is Dangerous
5 Strange Things Happening Right Now In The...
The Best Blogging Platforms (In-Depth Review)
How Will The Coronavirus Impact Your Finances?
How Xbox Series X Will Attempt To Avoid...
Virgin Orbit Seeking Over $100 Million As ‘Jaw...
How To Develop The Confidence To Launch A...
Home Finance House Passes Eight-Week Extension Of PPP; Senate Proposes Automatic Forgiveness Of Loans Under $150,000
Finance 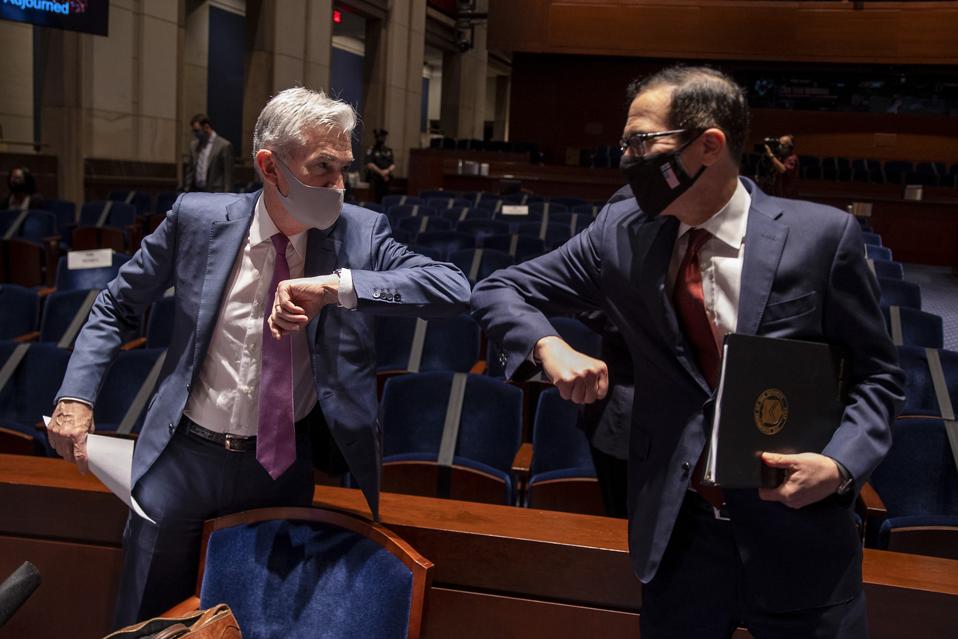 Less than 24 hours after the Paycheck Protection Program (PPP) shut down, Congress has given the loan program new life.  On Tuesday evening, the Senate approved a bill by unanimous consent that would keep the program accepting applications until August 8th.  Passing the bill by unanimous consent allowed the Senate to set aside procedural rules to speed up proceedings.

On Wednesday evening, the House passed its extension, also unanimously. The measure will now go to President Trump for his signature.

Under the program, the SBA had approved almost 4.9 million loans, totaling $520.6 billion. Despite the program’s popularity, it had approximately $130 billion in unallocated funds when it shut down. With so much left in the program, some advisors question the point of providing an extension.

“I really don’t think there’s a lot of need for an extension,” said Brian Streig, CPA and Tax Director at Calhoun, Thomson + Matza, LLP in Austin, TX. “It would be a better change to allow a second loan or have a different type of money.” He added, “my clients that need money now already got their PPP loan and spent it.”  The fact that some places may go back under quarantine makes that issue more pressing.

On the other hand, the extension may buy time for business owners who had trouble getting their information together previously. “We forget there are DIY taxpayers who were drastically impacted and didn’t have a relationship with an accountant or tax professional before Covid-19 hit,” said Nayo Carter-Gray, Enrolled Agent and Owner of 1st Step Accounting in Baltimore, Maryland. “They had to find someone to help them apply, and by the time they did, accountants were already swamped and had to ‘fit them in.’”

The extension also exacerbates problems caused by interactions with other loan programs. “Those that got the Economic Injury Disaster Loans (EDIL) first and plan to apply for PPP now have to ensure those funds aren’t used for the same purposes,” said Nicole Davis, CPA and Principal at Butler-Davis, an accounting firm in Conyers, Georgia. Even with the extension, more stimulus will likely be on the table.

Automatic forgiveness on the table as well

Last night U.S. Senators Kevin Cramer (R-ND), Bob Menendez (D-NJ), Thom Tillis (R-NC) and Krysten Sinema (D-AZ), of the Senate Banking Committee introduced The Paycheck Protection Small Business Forgiveness Act. Specifically, the ACT would forgive PPP loans of $150,000 or less if the borrower submits a one-page attestation form to the lender. It also ensures the lender will be held harmless from any enforcement action if the borrower’s attestation contained falsehoods.

According to Senator Cramer, there are 3.7 million PPP loans of $150,00 or less, for 85 percent of all PPP approved loans. Yet those loans are only 26 percent of the PPP funds delivered. “The costs of applying for forgiveness of a PPP loan of this size is $2,000 for the small business and $500 for the lender,” he said on his website.  He adds the legislation could save small businesses $7.4 billion and banks nearly $2B.

This would be a welcome change not only for small businesses but tax professionals as well. “The PPP and EIDL programs sucked a lot of time and resources from my firm,” said Eric Pierre, CPA and Principal of Pierre Accounting in San Diego, California. “We spent hours and hours helping clients and didn’t get paid because banks weren’t honoring the law.”

Adam Markowitz, Enrolled Agent and Vice President at Howard L. Markowitz PA, in Orlando Florida agrees: “The automatic forgiveness of PPP is something that everyone has been screaming about for months.” He added, “so long as they are still subjected to potential audits for fraud just like any other tax document would be, that’s good enough to push the program along and get this off the minds of Congress, the banks, small businesses and those who aided in preparation of these PPP forms.”

How Many Stealth Warplanes Are There In The World—And Who Has Them?