Home Finance Housing Is Still In Rickety Shape, So Hold The Celebration
Finance

Housing Is Still In Rickety Shape, So Hold The Celebration 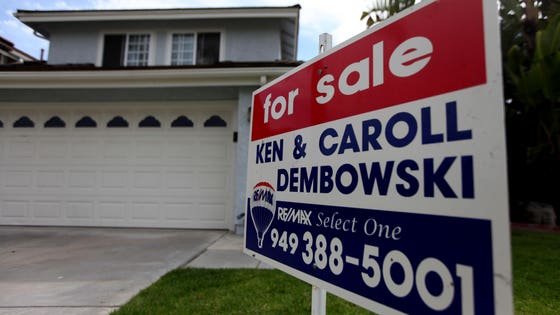 Well, so much for the housing slump, right? According to reports, housing starts rose 4% last year, and new home sales climbed 11%. Sure enough, Wall Street is all smiles lately when it comes to housing. The iShares Residential Real Estate ETF enjoyed a 24.5% total return increase last year, making up for anemic single-digit advances in previous years (2018’s was 3.9%).

Hold the bubbly. The housing industry still is bedeviled by affordability problems. Perhaps some of the lackluster recovery in housing is due to millennials’ wanderlust, a reluctance to settle down by buying a home. For the 25-24 generation, 41% are married, versus 54% for Gen-Xers when they were in the same age band.

Larger forces are at work, however, than a desire to quit work and go backpacking in Borneo, instead of settling down in suburbia with a lawn and PTA meetings.

While construction has increased since the dark days after the financial crisis, doubling to an estimated 1.3 million residential building permits in 2019, that still falls short of the pre-recession number, which hovered around 2 million.

Lord knows that enough people are around as possible home buyers. The nation’s population since the pre-recession year of 2006 has grown 10%, to an estimated 328 million in 2019, the Census Bureau says. Too bad that many of them are not running out to buy homes.

Time was that real estate was a powerhouse that contributed a lot to economic growth. No more. Residential real estate will add 0.1 percentage point to growth in this year’s second half and a comparable amount in 2021, Bank of America Global Research reckons. Wow, big deal.

Let’s compare current private residential investment (which includes everything from home construction to remodeling to broker’s fees) as a share of gross domestic product, to 1999, an economic boom year like now. Why pick 1999? It was before the housing craze of the early aughts took hold. Turns out that residential investment, while it has recovered some from its 2011 post-crisis trough, was one-fifth lower last year than in 1999.

Here’s the problem: Homes are still beyond the financial reach of too many Americans, certainly the younger set. As of last year’s fourth quarter, the median home price was unaffordable for average U.S. wage earner, according to ATTOM Data Solutions. Home prices are less affordable than historic averages in 49% of local markets. Worse, home price appreciation is exceeding wage growth in 76% of U.S. housing markets. The situation is most dire in metro areas, like Los Angeles, Miami and New York.

Making matters more grim, mortgages are harder to get, post-housing crisis. The days of no-doc or low-doc loans—as in minimal or zero documentation of income—died with the Great Recession. The reason that cataclysm happened was because people who lacked the means to buy a house could do so anyway, owing to lenient bank vetting. Banks could offload their crappy home loans to pools that packaged them into mortgage-backed securities, and these syndicates in turn sold them to gullible investors. Now, the standards to get a lone are much tighter. Maybe too tight.

True, at some point, millennials will start buying homes, and have the financial means to do so. And immigrants likely will resume their influx into the U.S., looking for a better life, which includes a home. Yet will it be easier to get a mortgage and will sufficient homes be available then?