Breaking
How To Use HTML, CSS And Javascript To...
2020 Forbes CIO Virtual Series—Episode 1: Collaboration, Innovation...
Top Advisor Spotlight: Shannon Eusey, Beacon Pointe Advisors
Luxury Customer Experience Insights: Audi Shares The Scoop
7 ways to promote your small business
13 Expert-Recommended Tricks For Accelerating Your Online Growth
For Small Business Survival, PPP Loan Forgiveness Must...
The Tricky Decisions For Snowbirds This Year
New Research Finds Loneliness Could Be A Risk...
Flight Attendant Starts Successful Business Amid COVID-19
Why You Should Fire 90% Of Your Clients...
A Startup Addresses ‘The Missing Link’: Learning Co-Parenting...
15 Smart Ways To Get More Mileage Out...
14 Smart Ways To Leverage Machine Learning For...
Three Lessons The Life Insurance Industry Learned During...
Why Convenience Is Essential
Home Finance How A Bitcoin ATM May Offer Equal Access To Digital Money In America
Finance

For McDonalds MCD , the disruption of offering food at half the price, using a self-service counter, and pre-cooked hamburgers under heat lamps, introduced fast food to America. Whether it is the security of knowing FedEx FDX will deliver your package by the next day for a business deal or Amazon AMZN providing you groceries to your door later that evening within a 2-hour window, Americans have a need for speed.

Prior to COVID-19, the banking industry seemed tone deaf to this type of service, with customer checks held for days at a time and overdraft fees close to $40 are charged. With the current pandemic, FinTech companies have a golden opportunity to shine as the next ‘McMoney’ for America when it comes to fast service with a smile.

With national banks announcing last week they were not ready to offer the U.S. Government’s payment protection program loan designed to provide economic relief during COVID-19, the opportunity to improve customer experiences with accessing money is at an all-time high. 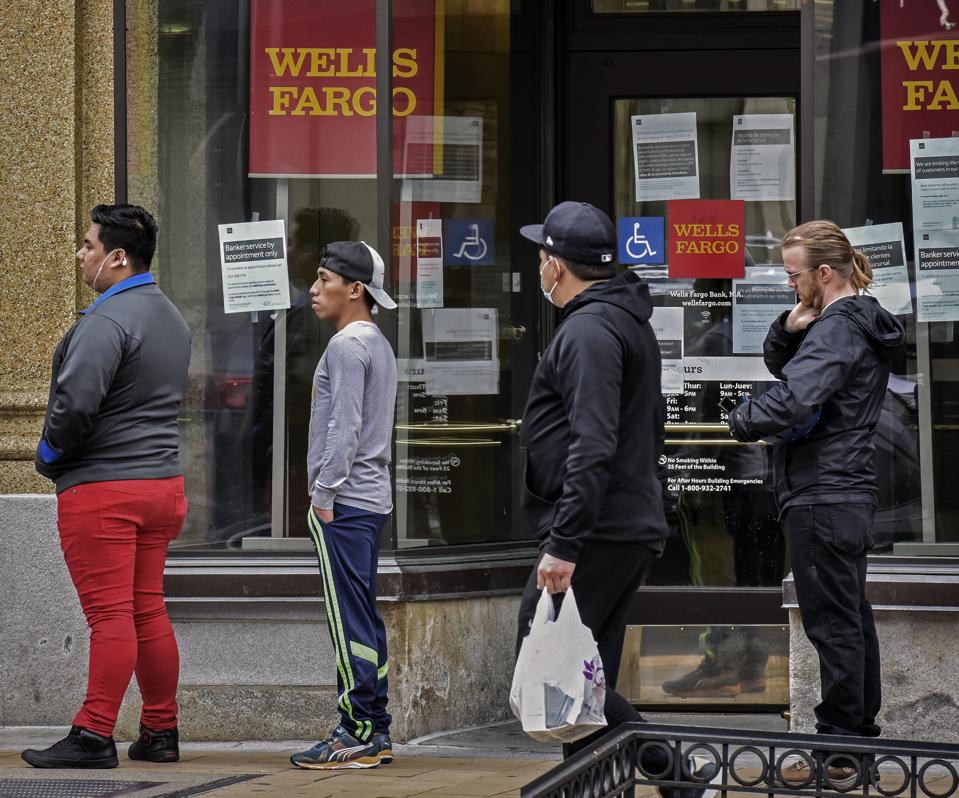 WASHINGTON, DC – March 31: Customers wait in line to use an ATM at a bank on 14th street in … [+] Columbia Heights during a stay at home order, in Washington, DC. (Photo by Bill O’Leary/The Washington Post via Getty Images)

At least that is the hope, particularly for the crypto industry. Even the idea of using a Bitcoin ATM may become less of a novelty and more of a necessity in the search for cash. With a top ten ‘Bitcoin hot spots’, San Francisco, Tampa, and New York are U.S. cities in the top ten where Bitcoin ATMs are present and merchant acceptance of Bitcoin is high as well, so the use of this cryptocurrency to make purchases during the crisis while stock portfolios are down may also be on the rise.

Indeed, the latest idea of the digital dollar in a draft proposal by Congress for the economic stimulus and still is present in two separate stand-alone bills, includes setting up digital identities at the U.S. Post Office as well as offering ATMs there for citizens to access these emergency funds. A partner that has the sophistication and know-how to provide an ATM that provides both digital money and cash could be suddenly be quite critical for access to digital money for citizens who may be unbanked or not have access to the Internet. 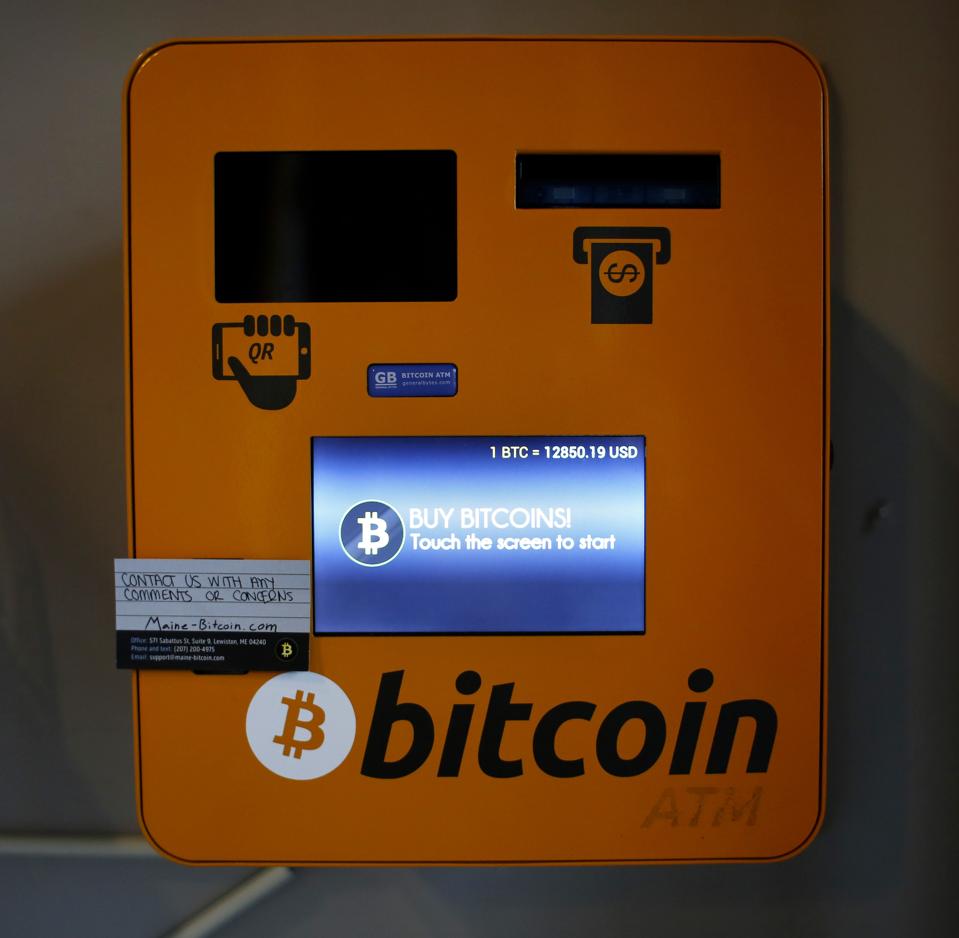 BIDDEFORD, ME – DECEMBER 5: A Bitcoin ATM has been installed in Biddeford at the Pepperell Mill … [+] Campus. (Photo by Derek Davis/Staff photographer)

Daniel Polotsky, the CEO of CoinFlip, has the most Bitcoin ATMs in the United States, may just be the best partner positioned to offer the U.S. Government this kind of service. With 540 Bitcoin ATMs around the country, including 40 or 50 that also allow you to sell Bitcoin in exchange for cash dispensed on the spot. In discussing the idea of offering an economic stimulus in the form of a digital dollar and whether his ATMs would be able to offer these as well as Bitcoin, he noted, ‘Our ATMs could definitely handle this. Banks are big and clunky with their infrastructure.’

For CoinFlip, with many remaining at home during this crisis, his firm also allows the purchase of Bitcoin by credit card on his website as well, and will soon be adding an OTC desk to buy and sell Bitcoin by bank wires. With a 24-7 customer service center and much lower fees than his competitors ranging between 3.99% and 6.99%,

Daniel Polotsky is also striving to keep his customers safe if they do use his ATMs, with messages to ‘stay six feet away from the nearest customer, ensuring their ATM servicer come to swab down the machines more often, and offering discount codes to encourage customers to go at 7-8pm or 8-9pm to avoid the crowds’. Additionally, CoinFlip offers a ‘STIMULUS’ package of its own, where a discount of fees can be realized by customers as well.

Whether we will see a new version of ‘Golden Arches’ for fast ‘McMoney’ from either the likes of a CoinFlip or other Bitcoin ATM company, COVID-19 has certainly created the desire in our society for considerations on alternative ways of accessing, sharing, and spending money.