How A Culture Reboot Set SalesLoft On A Path To Success 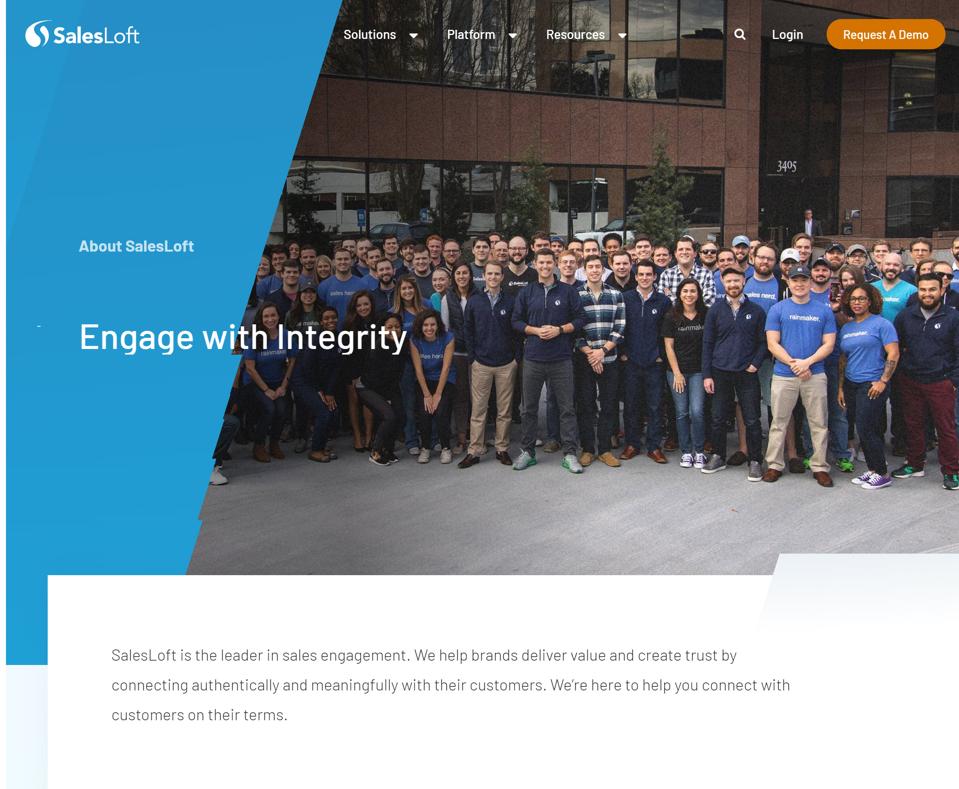 More leaders are talking about company culture, but the companies that actually go to extensive lengths to foster and continuously develop an outstanding culture and do it well, are rare. SalesLoft, a sales engagement software company whose website I dissected in a previous article, is run by a charismatic co-founder and CEO named Kyle Porter. I interviewed Porter and the company’s Chief People Officer Christine Kaszubski to understand where the foundations for the company’s culture originated and what the company does on a day-to-day basis to build a strong, functional company culture. This is the first in a series of articles based on the fascinating conversations I had with them.

“I knew I was going to run a business even as a child,” Porter tells me when we sit down to discuss the company’s culture, and the story of how he came to found SalesLoft. “I was born with a very rare blood disease and wasn’t expected to live past my infancy. I battled the disease up until the age of ten, when I was miraculously healed. The doctors didn’t understand how it happened, it really was something of a miracle. When the disease was cured, I took a bit too much credit for it and began to think I was the center of the universe. If from the ages one through 10 I spent every day of my life fighting to stay alive, ages 10 through 20 I spent every day of my life fighting to extract what I could from life and the world. That got me into trouble.”

It’s clear when you speak with him that Porter is comfortable with, and enjoys telling his story, something he picks up on again later in the conversation. “During my teens I ended up going overboard and was arrested twice for partying too much in college. I eventually calmed down and came to realize something very important that has stayed with me ever since: I was born into a body that wasn’t supposed to last, but it did, and ended up giving me a particular set of talents and skills, as well as a unique story. I realized that I was put on this planet with the charter to use my experiences to serve others and make the world a better place. It was clear to me that the best way for me to make the world a better place was to build a company where I could work with people and help them learn more, do more, become more, in service to others. I knew I wanted to do that before I knew I wanted to start a sales software company. That was the beginning of everything.”

One of the people Porter met during the early days of SalesLoft was successful entrepreneur turned VC David Cummings, who invested in the business. “Cummings talked a lot about company culture and core values being at the center of your business, regardless of what you do, and that really resonated with me.” Porter says. “But I didn’t listen to any of it and went ahead and started a company without thinking for a minute about culture! It took a while and a couple of bumps along the road until I started to understand how right David was.” 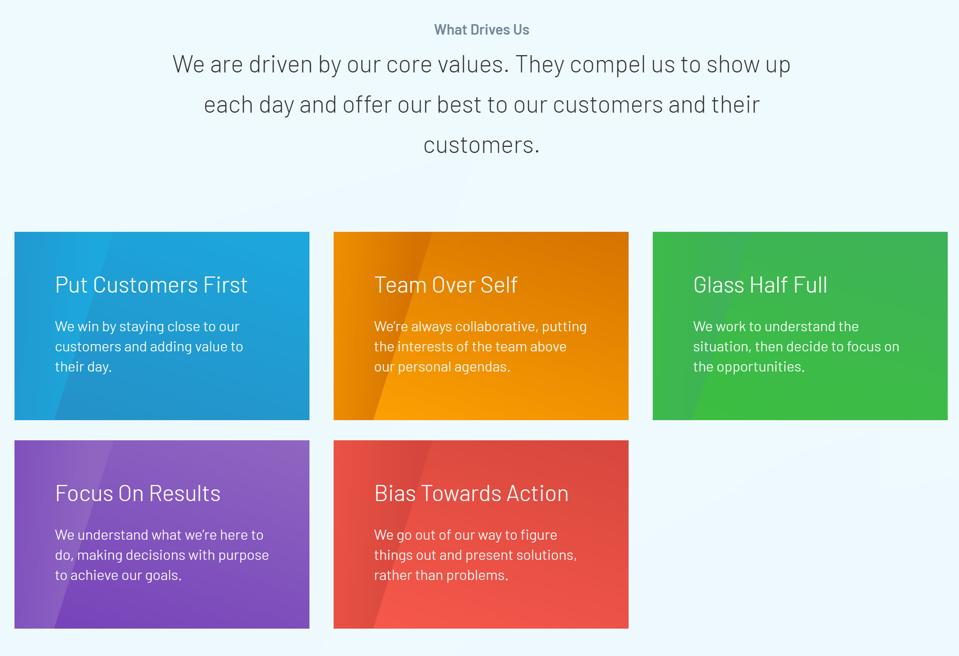 Porter realized that there was something missing inside the company and that something was a strong culture. He decided to reboot the company and this time put culture at the center of everything. He also brought on a co-founder Rob Foreman and together they set about making culture the most important element of the company.

Saying that you’re going to do that is easy. Actually designing, nurturing and executing a culture that is front and center of everything in a business and stay true to the values is something else entirely – and of all the companies I’ve researched in the last few years, SalesLoft are among the best when it comes to their execution. A lot of that stems from the integrity and authenticity of the founders. “I think the biggest thing I did to embed the kind of culture we want, was talk everyone in the company through all of the feelings and emotions I’m having,” Porter reflects. “My personal approach has been to not withhold information from the staff – even if that includes my fears, insecurities or my childhood issues with illness and being arrested for partying too much. The principle from the beginning has been to share everything, and that’s how we fostered this ultimate transparency at SalesLoft.”

Porter continued, “We were deliberate in designing our culture, where possible, into every process and function of the company. From our All-Hands meetings, to our interview and onboarding processes, to the way we create culture ambassadors of new employees, and the weekend update email, which I write every Sunday.” Porter has sent over 340 of these weekend update emails to employees, investors and mentors. The email covers the company’s achievements, and highlights someone who has really represented the core values of the organization that week. Porter hasn’t missed a single weekend since 2012, demonstrating his commitment to sharing information and transparency. Porter and Foreman have backed this all encompassing approach to culture up by working hard to ensure that the leaders who have joined the team are aligned with, and committed to upholding the culture, and understand how to lead through culture. “We’ve spent a lot of time with the executive leadership team helping them recognize the presence or absence of the values in their day-to-day operations and training them on how to respond appropriately through coaching and one-on-ones,” Porter explains. When certain initiatives come around, such as the annual Lofty awards, the leadership team spend a lot of time looking at all the people who’ve been acknowledged for their commitment to living the values throughout the year and choosing the winners. Porter tells me that it is “really important that the organization recognizes and understand that the ELT (Executive Leadership Team) is spending time to acknowledge individuals who go above and beyond to live our core values – that we’re acknowledging that as a leadership team.”

The values and mission statements aren’t framed or posted around the office, but they are, Porter tells me, woven into the operating system of the company “They’re the filters through which we make decisions and hold each other accountable.”

To take the culture and the company to the next level Porter recruited Christine Kaszubski in late 2017 to be SalesLoft’s first Chief People Officer. In the forthcoming article we dig deeper into the approach and the initiatives that she has taken to build a scalable culture for the company. For example, the SalesLoft interview process, is extremely long and shouldn’t be scalable, but it is. The process includes a recruiter screen, manager screen, peer interview, Topgrading interview (which on its own can take three to four hours to complete), an interview with the Chief People Officer, and a bespoke core values interview by two employees (always a male and a female) from the core values team. VP- and other senior level candidates will also meet with three of four members of the ELT. Kaszubski says, “We’ve been able to prove that our process is scalable. SalesLoft has experienced 250% employee growth over the past 24 months. When I joined the company at the end of 2017 we were 170 people and we are now over 450 and not only have we sustained our culture, but we’ve continued to strengthen it.”

The Fundamentals Of Successful Digital Marketing

5 Ways To Stop A PR Crisis Before It Starts