Breaking
Tesla’s 2020 Run Proved Why Wall Street Conventional...
Top Stocks To Short Today As Markets Fall...
Branson Says Capitol Riots Stem From White Americans’...
Sustainable Seafood Wholesaler Seizes The Moment To Embrace...
Three New York-Based Sustainable Fine Jewelry Brands That...
This Week In Credit Card News: No-Interest Credit...
Thirteen Predictions For 2021 In Sustainability Private Equity...
How Too Much Optimism On Vaccines And The...
Nine Strategies To Make Your New Year’s Resolutions...
Paper-Free Isn’t Enough: The Keys To Sustainable Web...
The Era Of Multimedia Engagement
Is Twitter’s Stock Move Overdone?
Why Does The Chancellor Refuse To Help The...
‘WandaVision’ Episode 1 Recap And Review: A Crackerjack...
How To Move From An Office To A...
Managing Customer and Vendor Relationships: 4 Things to...
Home Finance How A Decline In Mean Reversion May Be Hurting Value Investors
Finance

How A Decline In Mean Reversion May Be Hurting Value Investors 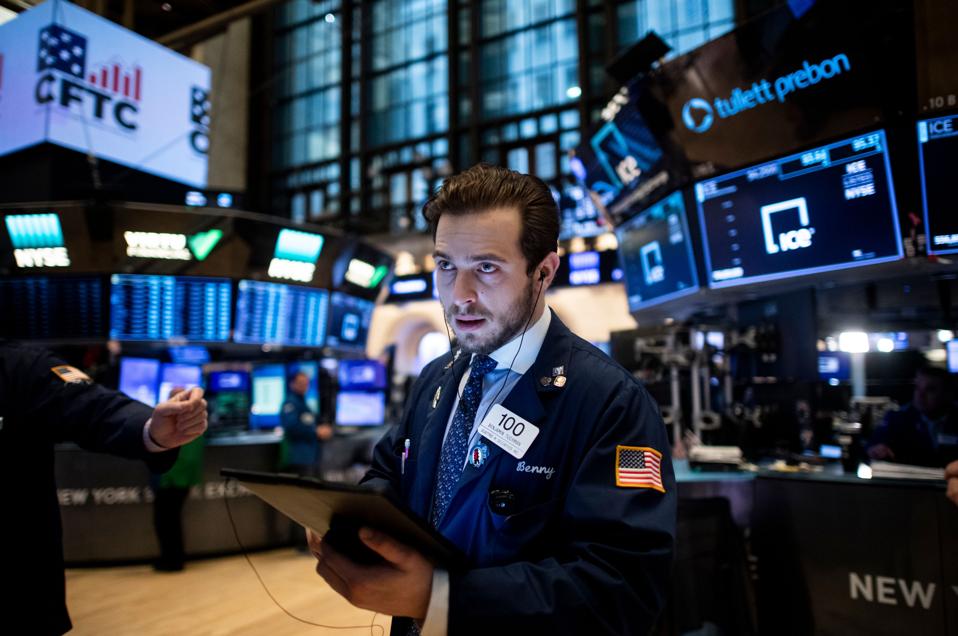 Traders work during the opening bell at the New York Stock Exchange (NYSE) on January 13, 2020 on … [+] Wall Street in New York City. – Wall Street stocks rose early Monday in anticipation of the expected signing of a US-China trade accord and a trove of earnings from financial heavyweights. Sentiment was upbeat ahead of the signing set for January 15, 2020 of the long-in-the-making trade accord between Washington and Beijing. (Photo by Johannes EISELE / AFP) (Photo by JOHANNES EISELE/AFP via Getty Images)

At the heart of various value investing strategies is often mean reversion. It’s betting that bad things will improve. That sales decline, that hit to profits, it won’t last. You can buy the stock at a discount now and it will be back stronger after a while. This approach potentially brings profits for the investor who had faith during the storm. So, in a sense, value investing can be seen as about forecasting things being less bad than feared. How companies often get there and bounce back is mean reversion. Weak sales revert to mean, or weak margins return closer to their longer term average. It basically means that when things are bad, they are generally more likely to go back to normal, than get worse. If you have the time to wait and can spread your investments across a reasonably large number of companies.

Mean reversion is grounded in economic theory too. If a company (or even an industry) is doing poorly, then competitors may exit the market and fewer new firms enter. That reduction in competition may boost profits and maybe sales as competition declines. So value investing is a theory with some logic behind it.

However, the problem, as researchers have recently suggested, could be that a lot of value investing requires mean reversion and, perhaps, mean reversion has stopped working as well as it used to. There are other explanations too, but here we focus on mean reversion.

This matters because previously returns to value-based strategies over decades have been good. Simply buying cheap companies based on the price-to-book value of their assets and shorting expensive ones yielded about 5% a year for almost 60 years to 1989. However, since then returns have been more mixed and there’s a debate raging about whether value investing still works.

For example, the researchers find that a large value and glamour stock remained in that category for about 2-3 years in the 1970s and 1980s before switching category, that’s actually a fairly fast turnaround. However, in more recent  years companies have stayed in categories for 3-5 years, so twice as long in some cases. Value investments aren’t reverting to mean and becoming growth companies as frequently or as fast as before So the rate of change between categories may also be slowing. Hence reversion to mean that powers value investing may be slowing and therefore perhaps that is why value investing is losing its impact.

It will be interesting to see if this trend continues to play out. If it does continue maybe value investing will be challenged in the coming years. However, the prospects for different factors are always challenging to time with any precision. Value still has a good run of data over the long term. That’s true even if recent years have been poor, since we can look back over many decades and different countries and see support for value investing. As such, maybe an approach that combines different factors is a better approach than trying to bet on whether any specific approach, such as value, is in, or out, of favor. Still, the research is helpful and provides a clear perspective in examining what may be driving value investing’s recent poor performance.

Should You Launch Your Startup With A Simple Or Advanced App