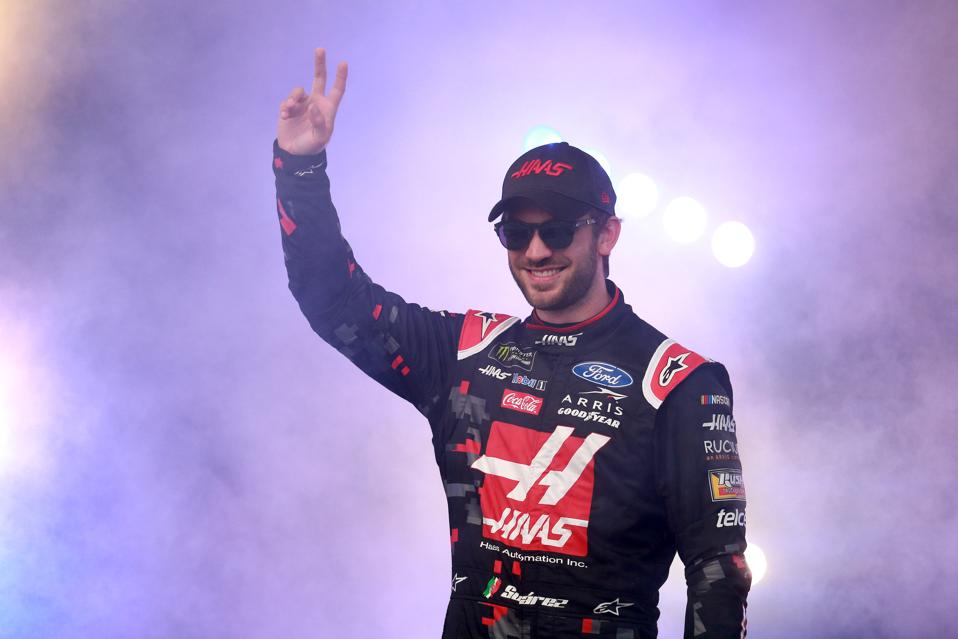 So Daniel Suarez has a place in the NASCAR Cup Series, after all. Gaunt Brothers Racing announced after business hours Tuesday that Suarez, the enormously likable 28-year-old driver from Monterey, Mexico, will drive its No. 96 Toyota full-time this year.

OK, so Gaunt Brothers cuts a much lower profile in the sport than Joe Gibbs Racing and Stewart-Haas Racing, powerful teams from which Suarez lost his ride in consecutive years. Gaunt Brothers fielded its first Cup car in 2017 and was in only 15 Cup races in 2019.

“It’s hard not to put yourself down a little bit after what happened two years in a row,” Suarez said in a teleconference. “That’s not easy to digest. But as they say, what doesn’t kill you makes you stronger. So here we are.”

The team is 0 for 38 in Cup so far, with zero top-fives or top-10 finishes, zero poles and zero laps led. But Marty Gaunt, team president, said hiring Suarez is a huge step. Gaunt and Suarez say it will take time to build a team, but they won’t be happy just to ride around behind the big boys for long.

“We’re going to probably stumble a little bit,” Gaunt said. “We’re going to have speed bumps, but this isn’t about the short term — let’s see what we can do this year. This is about building a team for the future.”

The global importance of the hiring of Suarez, even if he did get a job for an unknown team, became apparent during the 40-minute teleconference, which included eight questions from three reporters from Spanish-language networks.

Suarez is a link to a unique and much coveted NASCAR fan base. There are no other foreign-born full-time drivers in the Cup Series.

He answered several questions in English, too, and many of them focused on his determination to keep driving. Suarez likes the idea of being the only driver for his team, for now, but he just did not want to take any offer that popped up.

“Definitely, it’s been a difficult couple of months,” said Suarez, who learned in November that Stewart-Haas would not be rehiring him. “A lot of work, a lot of time, and just a little bit of stress into all this also. I’m happy I’m finally here.” 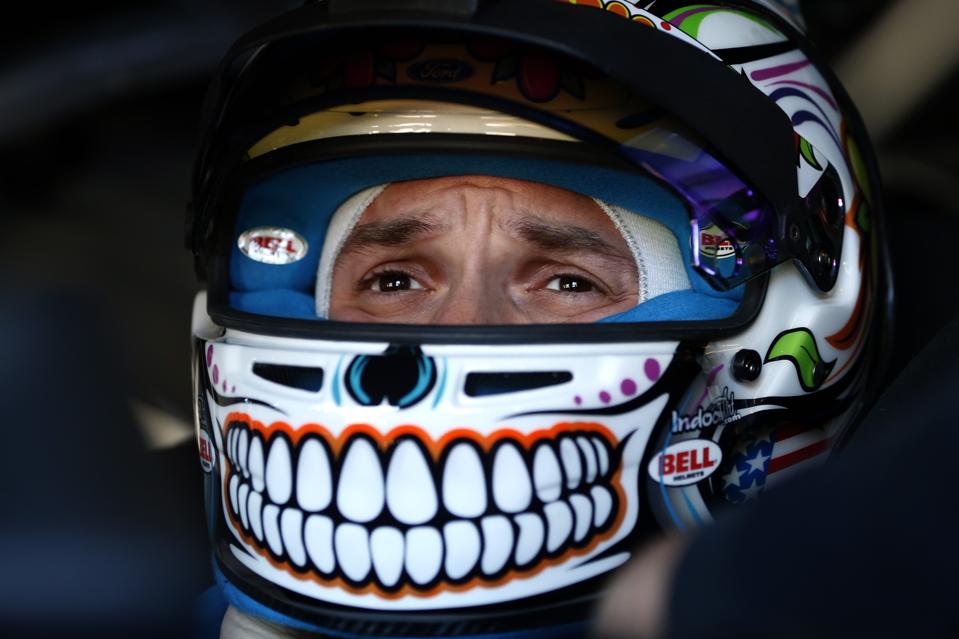 FORT WORTH, TEXAS – NOVEMBER 01: Daniel Suarez, driver of the #41 Walmart Family Mobile Ford, sits … [+] in his car during practice for the Monster Energy NASCAR Cup Series AAA Texas 500 at Texas Motor Speedway on November 01, 2019 in Fort Worth, Texas. (Photo by Brian Lawdermilk/Getty Images)

Gaunt Brothers Racing has roots in Canada but is now based in Mooresville, N.C., so the pairing of a driver and team with international backgrounds — albeit not all that far from the United States — is a good deal for the team, Suarez and main sponsors Coca-Cola and CommScope.

And, yes, for NASCAR. Suarez did not take the standard stock-car route. The son of a car restorer, he learned how to speak English by watching subtitled movies and cartoons. “In cartoons, they speak slow and clear, because they are for kids,” Suarez told me in 2016. He raced in the NASCAR Mexico Series.

There has been such an infusion of rising young (and homogenous) talent in the last couple of years that it was looking as if Suarez, a two-time participant in the NASCAR Drive for Diversity program, might not land on his feet in time for the Daytona 500, which looms Feb. 16.

Suarez won the 2016 Xfinity Series driving for Gibbs, earning a Cup spot. In two years, he had four top-five finishes and 21 top-10 finishes, but no wins or playoff berths. With Furniture Row Racing, a Gibbs affiliate, shutting down, 2017 Cup champ Martin Truex Jr. needed a ride.

Gibbs chose Truex over Suarez, but Suarez was talented and fortunate, signing a one-year contract with Stewart-Haas for 2019. He had four top-fives and 11 top-10s, but no victories or playoffs, and driver Cole Custer, the son of the SHR president, was ready for Cup. SHR liked Suarez, but Custer is hot stuff.

Suarez latched on with Gaunt, who would not say how long his deal with Suarez was. But he sounded as if they plan to be together for longer than one year. The Next Gen car is to launch in 2021, making current equipment obsolete, but this was the time to hire Suarez. Better late than never.

“To be honest with you, Daniel Suarez was available now, and this is all about people, and it’s all about the future,” Gaunt said.

How NASCAR Can Get A Lift From Super Bowl LIV

Why A Female Racer Fought To Keep Her NASCAR Drive Alive 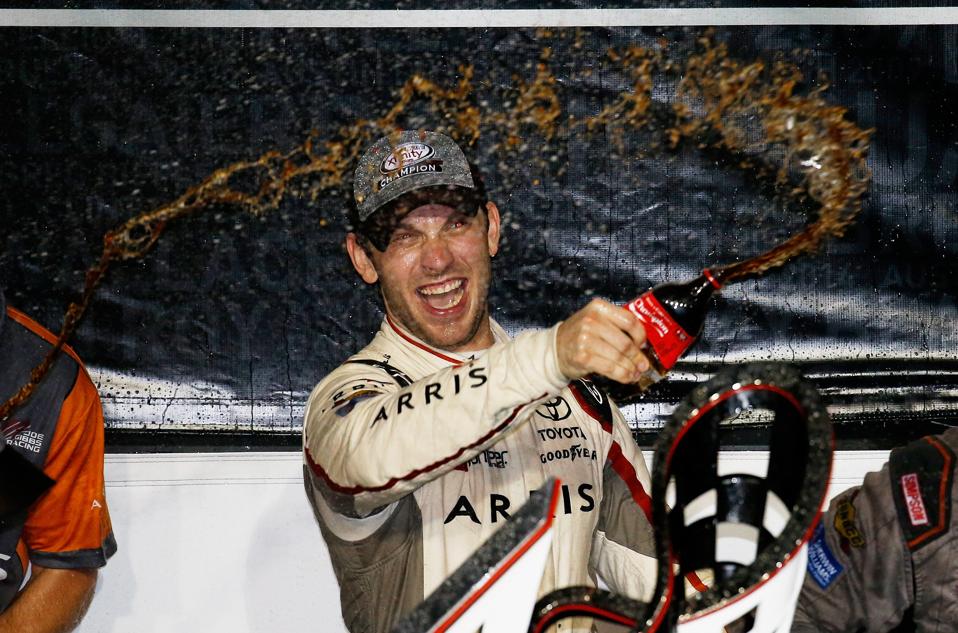 The U.S. Is The World’s Most Expensive Nation For Childbirth [Infographic]

These 5 Things Once Meant Success, Now They...

Why It’s Better Not To Be The First...

Preparing Our Female Leaders For Success