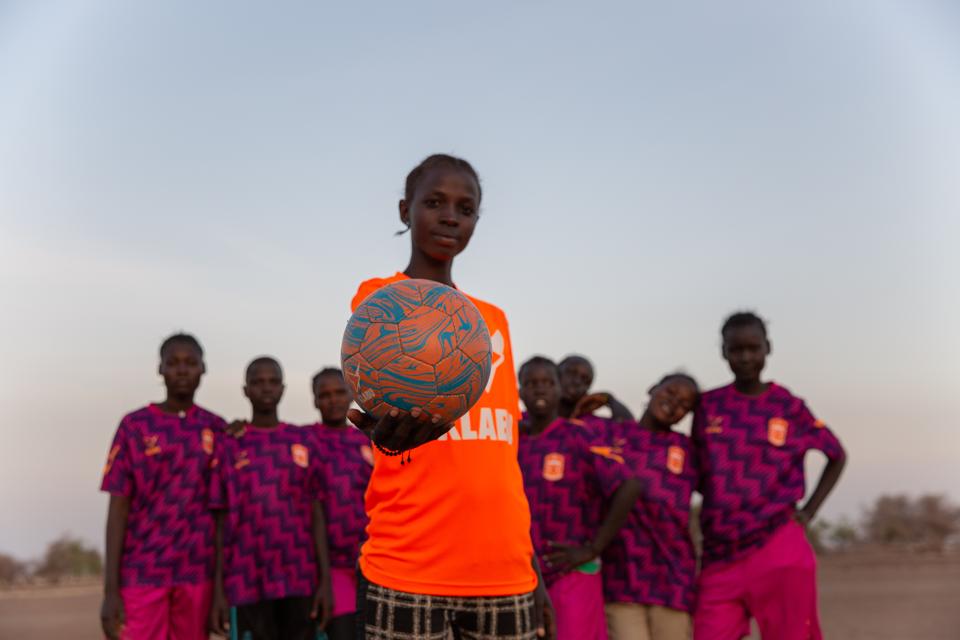 The pressure of coaching two soccer teams is nothing for Nancy.

The 20-year-old is the head tactician and master motivator for junior side Rock City FC and Queens FC, the best female team in the burgeoning Kalobeyei Diva’s League.

When she’s not overseeing victories, Nancy takes care of her three younger siblings by herself. She has not seen her parents for six years, since fleeing violence in her homeland South Sudan.

Her current home is Kalobeyei, a refugee settlement of some 36,000 in northwest Kenya.

“Nancy works three jobs, she coaches two football (soccer) teams and she wants to be a model and an air stewardess. She’s such an ambitious person but soft-spoken and lovely,” Charlotte Jongejan, a founding board member of not-for-profit organisation KLABU, told me in an interview.

“When you see her on the football field, she just transforms. It’s really amazing to see the pride she has in the team.”

Meaning ‘club’ in Swahili, Amsterdam-based KLABU was established to empower refugees like Nancy to rebuild their lives through sport.

Working with the local population, the foundation builds and equips sports clubs in refugee settlements.

The organisation is the brainchild of Jan van Hövell, who previously worked in Ghana and Kenya for UN Refugee Agency, UNHCR.

“About four years ago Jan was working as a lawyer and I was working for a tree restoration company and doing lots of projects in refugee camps,” Jongejan said.

“We got talking about what a sustainable solution would look like for young refugees because they’re stuck in these camps. Everyone talks about returning home and that it’s a temporary solution, but the reality is people live there for an average of 17 years.

“Most young people spend their entire youth in these refugee camps. There’s basic care – there’s a lot of attention on education, healthcare, food and shelter – but not much more than that. So we wanted to help make life there feel more like home.”

More than half of the world’s 25.4 million refugees are under 18. KLABU identified sport as something that could bring people together in those diverse communities.

“You might have people from 15 different countries in a refugee camp. They often don’t speak the same languages, don’t go to the same churches, don’t have the same cultural convictions. But when there’s a ball or a chessboard, people come together,” Jongejan said. 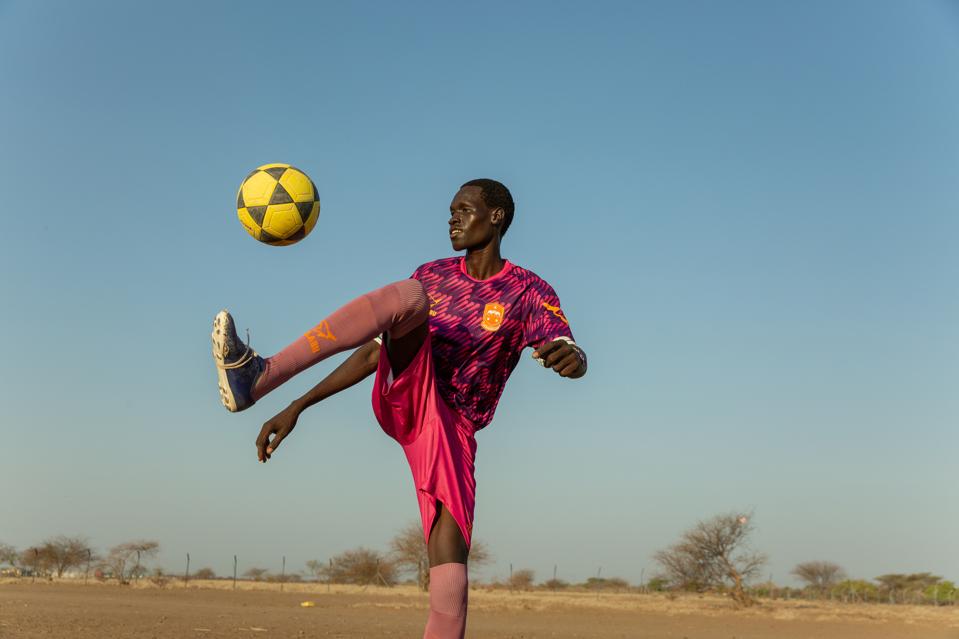 The striking Kalobeyei Spirit away kit. The KLABU kits were designed by a former Nike design … [+] director, with input from settlement residents.

“It’s amazing what it brings out, especially in young women. They step on to the field in a KLABU uniform with a ball and they’re bossing everyone around. When a goal is scored the sense of pride and confidence transcends beyond the football field. They carry that into their day-to-day lives.”

Thanks to volunteers from Amsterdam and Kenya, the first sports club opened in in Kalobeyei in May.

To celebrate the opening, which was funded by donations, KLABU released ‘home’ and ‘away’ soccer kits. The striking Kalobeyei Spirit uniforms, which sell online and from KLABU’s Amsterdam store, were designed by former Nike design director Kelvin Govey.

The plan is for the brand to become a viable business, expanding KLABU’s “global fan club” to support the foundation in building more club houses.

“It was a feeling that there wasn’t anything like this out there. It was all about having pity and sympathy and giving money (to a charity) and not really getting anything back for it,” Jongejan said.

“We wanted to create a sustainable business model that would feed into the foundation side. That’s where we came up with selling sportswear.

“One side is the business side and the other is symbolic. Every person who wears a KLABU jersey is a walking billboard for what we stand for. It’s more than a shirt, it’s a badge of honor. You don’t just wear a shirt because you like the colors, you wear it because you believe in what it stands for.”

On the recommendation of its members, the Kalobeyei club operates a library-style system. Sports teams are asked to pay a nominal amount for the right to loan kit and equipment. The captain is responsible for ensuring team members take care of the equipment, and a local team of club managers keep things running smoothly.

Kalobeyei sports club has close to 10,000 members and KLABU plans to build two more clubs to cater for the entire settlement.

“It’s how they want to construct it, where it’s going to be, the colors of the clubhouse, the types of sport they want to play. They feel incredibly proud and responsible and it’s their club. We’re not running it and we can’t run it from here.

“I think that’s the mistake some NGOs make. They’re still very heavily involved and we really didn’t want to do that. We want to scale quickly and we know a sports club has the most impact when it is intrinsically rooted in the community.” 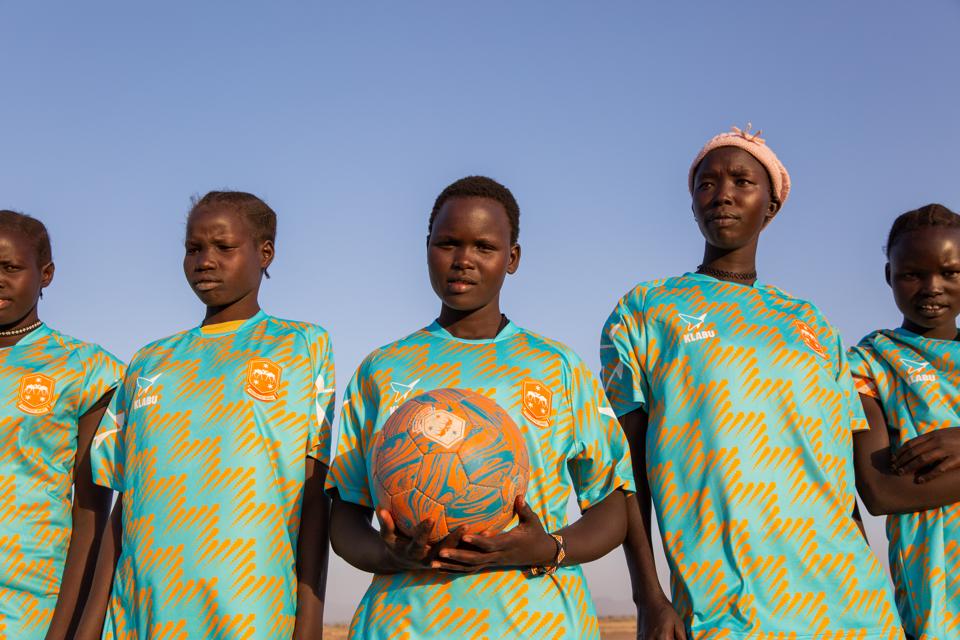 As well as the additional club houses planned for Kalobeyei, others are planned in Bangladesh and Rwanda.

“Bayern Munich is currently the club with the most members in the world,” Jongejan said.

“If everything goes according to plan, by 2022 we’ll have more members, so we’ll be the biggest sports club in the world. That’s our mission.”

PSA-FCA Merger: A Mega Industry Player In The...