Breaking
What You And Your RTO Business Need To...
4 SEO Trends for Websites You Should Not...
3 Reasons Why Desk Booking Is Rising In...
8 Tips to Play & Win at Online...
How can software benefit facility management?
Do Professional Casino Players Pay Taxes for the...
Becoming a Trading Expert: What Is the Best...
Dos and Don’ts for B2B Organisations in 2022
Should your business be using Machine Vision?
Colour Masterbatch vs Raw Pigments – Which Is...
Keeping your business moving as you expand online
Top Four Celebrities Who’ve Invested In Cryptocurrency
Why is Cloud Computing Tipped to be the...
How to Raise Money for Non-profit Organizations in...
Choosing the right theme for your WordPress Business...
A Guide to Using Celebrities to Promote Your...
Home Finance How A Small Biotech’s Anti-Blindness Quest May Also Bring Healthy Returns
Finance 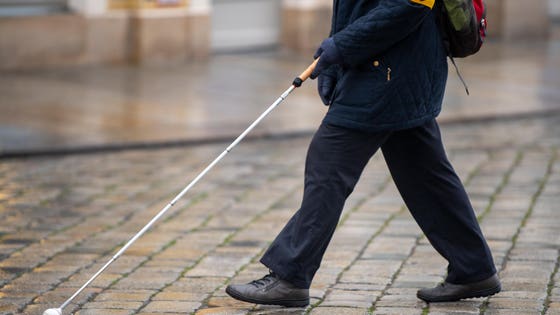 Blindness is a cruel fate, but what if it could be treated? While eye healthcare has improved globally in recent years, the incidence of blindness has increased, to a projected 76 million globally next year, double the number of cases from 30 years ago and growing faster than the earth’s population, according to the World Health Organization.

Still, innovative treatments are burgeoning, especially using gene therapy. As the building blocks of DNA—they tell cells how to construct protein—genes can be programmed to re-direct proteins that have gotten out of control or could be targeted at problems. And despite many fizzled attempts to target cancer and the like, genomic science is brimming with promise. Many intrepid souls tried and failed to invent manned flight before the Wright Brothers built a functioning airplane.

Consider GenSight Biologics, which edits DNA strands to fight blindness. Now in late stage regulatory trials for a therapy that counters an eye disease called LHON, a sudden condition that quickly dims vision until it results in total blindness, the company may be on the verge of a medical miracle. GenSight has shown that its treatment can reverse the devastating scourge of blindness due to LHON. The test’s effectiveness is measured by how many letters patients can read on an eye chart. This therapy, called GS010, deploys a certain gene to stimulate production of key proteins that ultimately restore lost vision.

“These results are remarkable, showing the durable difference that GS010 can make for patients,” says Bernard Gilly, CEO and co-founder of GenSight, which began in 2012. His hope is that the eye treatments also can find a larger use in central nervous system disorders generally.

To be sure, the new field of gene therapy can be tough for investors. Typically, the cutting edge science in biotech (the larger category to which gene therapy belongs) comes from small outfits that are often unprofitable until their products gain regulatory approval. That blessed state can take many years.

Such companies that are public require a lot of patience from shareholders. The NASDAQ Biotech Index has taken investors on some wild rides. It soared 30% in early 2019, only to tumble starting in April amid bad news from some companies, many of them gene-based. Since October, though, the index has gotten its mojo back, vaulting 26%.

GenSight, whose stock was sliding for much of the year, also has seen a market reversal. After the Paris-headquartered company announced favorable results from the GS010 trial, the share price doubled on Euronext. The GS010 development “provides a powerful scientific rationale” for regulators’ OKs in the U.S. and Europe, CEO Gilly remarks. Also helping was a successful capital raise recently, with a round of debt financing from Britain’s Kreos Capital of up to 15 million euros ($16.6 million).

The tale of Spark Therapeutics shows how investing victories, not to mention seemingly miraculous medical advances, can be forged from gene therapy. Its treatment for an inherited eye disease won the Food and Drug Administration’s first approval for a gene therapy. Plus, the company was just bought by Swiss pharma giant Roche Holding. When the potential buyout was announced last winter, the share price rocketed 126%. Even though there were initial antitrust concerns about the union, the price stayed at its elevated level throughout the year, until the transaction finally took place. The market believed in its science.

Sure, biotech has long heralded breakthrough potential that never really materialized. Back in the 1970s and 1980s, a substance called interferon generated lots of hope as a blockbuster cancer cure. Well, that didn’t come to pass. Although today interferon (which is a protein that certain viruses produce) is employed to treat some malignancies, it never lived up to its stellar promise.

No one knows that the ultimate outcome will be for GenSight and other tyros like it. What we do know is that, on the basis of early results, gene therapy likely will end up to be a boon to humanity. And for investors with iron patience, a boon to their portfolios.