Breaking
How To Use Content To Draw Others To...
Apple Loop: New iPhone 13 Leaks, Apple’s App...
25 of the Best Add-On Slack Apps to...
How to Resolve Duplicate Content
How Millennials Are Changing The Face Of B2B...
Bloggers of the Month: Kelly Jackson & It’s...
As Bitcoin Suddenly Surges Over $50,000, The Price...
In The Race To Retail Dominance, Customer Service...
Meet Onesimus, The Enslaved Man Who Saved Boston...
How to Build a Sales Forecast Model
The Unexpected Ways COVID-19 Has Forever Changed What...
Google Posts: Conversion Factor — Not Ranking Factor
How To Bring Your Branding To Life
Coinbase Cofounders And Investors Poised To Rake In...
How To Stay Top-of-Mind For Your Audience With...
Introducing The Chrome Extension: Get Share Counts, Links...
Home Technology How AI Is Helping Humans Fight The Invisible Enemy
Technology

How AI Is Helping Humans Fight The Invisible Enemy 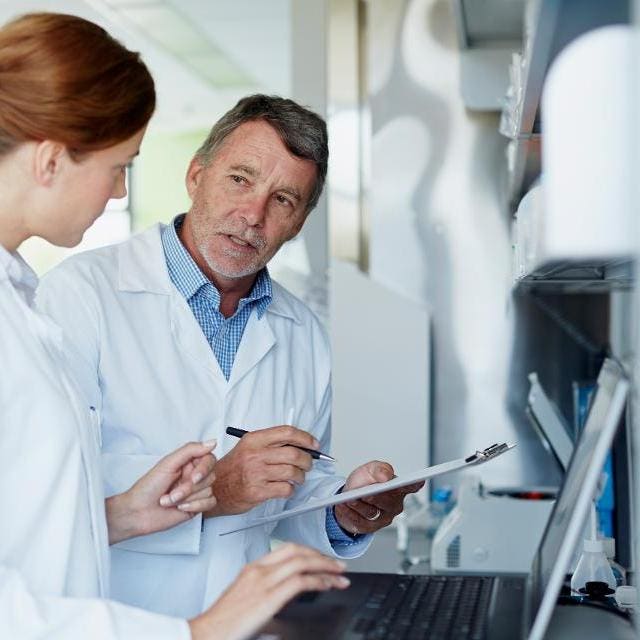 The first cases of the coronavirus disease (COVID-19) were reported in late December 2019, in the city of Wuhan. Nearly three months later, at the time of writing this article, COVID-19 has been diagnosed in 167 countries, resulting in over 89,000 deaths at the time of this writing, as reported by the Johns Hopkins Coronavirus Resource Center.

The shock wave that the disease has sent throughout the world will have unprecedented consequences for virtually all aspects of the global economy. While the world entered a state of war with an invisible enemy, all possible ways of tipping the scales of victory in favor of humanity are welcome.

One such way is by means of applying artificial intelligence (AI) to aid in tasks that are typically highly complex for humans and thus consume much more time. This text will focus on three aspects of how AI is helping to deal with COVID-19: before the outbreak, throughout the outbreak and during the aftermath.

AI systems fed with big data are tremendously efficient at spotting patterns that, in the context of global health issues, translate to flagging the early warning signs of problems.

One of the first solutions to offer such capabilities was Google Flu Trends, a service created in 2008 and used to localize the early symptoms of influenza activity in local communities by reviewing countless search engine queries in real time and making inferences as to where the next influenza outbreak might take place. Even though it was deemed a failure and was discontinued a couple of years later, it showed the tremendous potential for such tasks to be automated.

The same approach, although much more comprehensive, has been used to detect the current virus outbreak and its spread in China. A Canadian health monitoring platform, BlueDot — which specializes in AI-based advanced warning systems that utilize foreign-language news reports, animal and plant disease networks and official proclamations — was the first to notify its customers of the virus days before the officials (including the U.S. Centers for Disease Control and Prevention and the World Health Organization) sent out their official notices.

Apart from detecting the outbreaks, big data and modern analytics modeled how COVID-19 was likely to spread across different paths and subsequently allow for proactive steps aimed at counteracting the uncontrollable spread of the virus.

One of the areas where AI has seen tremendous improvement in the past couple of years has been computer vision and image processing, thanks to developments in the field of deep neural networks. In the context of medical examination, it has already been assisting radiologists in detecting lung cancer, achieving even better results compared with human specialists and requiring much less time to reach a conclusion.

One of the ways COVID-19 can be detected is by means of performing CT scans of the chest of the patients. The downside is that it can typically take up to 15 minutes for doctors to make a diagnosis because the full scan can include more than 300 images. Luckily, radiologists have already collected enough CT scans of people diagnosed with COVID-19 for a dedicated deep neural network to be trained.

Recently, Alibaba’s research institute, DAMO Academy, announced a detection solution that can differentiate between patients infected with COVID-19 and those with ordinary viral pneumonia with accuracy greater than 90% in around 20 seconds.

The world is in the middle of a heroic fight against COVID-19. I believe the tsunami of infections will eventually go away, but to take a full breath of relief will require a vaccine to be discovered.

Given the fact that COVID-19 appears to be much more contagious and deadlier than the flu, a vaccine needs to be developed fast. However, according to IEEE Spectrum, “Drug development typically takes at least decade to move from idea to market, with failure rates of over 90% and a price tag between $2 and $3 billion.”

The good news is that AI has already shown that it can be highly effective in accelerating the drug discovery process, making it quicker, less costly and less prone to errors. Earlier this year, a team from MIT used AI to discover “a powerful antibiotic that kills some of the most dangerous drug-resistant bacteria in the world.” In the context of COVID-19, the work has been in full swing, with many biotech companies supported by AI giants like DeepMind, Alibaba and Baidu working relentlessly to provide the solution that is much needed right now.

The world has not seen an upheaval like COVID-19 disease in many decades, and the consequences, both short and long term, are difficult to envision. Even though many of the repercussions are solely for humans to handle, there are aspects where AI can aid in solving the most complex and multidimensional problems, helping save time, which can be used to address more human-related needs.

Tips For Success In Challenging Times For Convenience Stores And Bodegas