Breaking
ESBC Major Updates: Tons Of Heavyweight Greats Added...
5 On-Demand Courses To Help Develop Your Leadership...
How to Run Nonprofit Marketing Ads
Entrepreneurs Are Bringing Transparency To Home Buying And...
Best Incentive To Get Vaccinated: Money, Messaging, Or...
Page Level Query Analysis at Scale with Google...
How A CIO Can Align IT With Business...
Blogger of the Month: Jo, Girl Eats World
6 Things Women In Business Know That Men...
How to Use First-Party Data for Ad Personalization
Pressing Reset—Putting A Fallen Unicorn Back On Its...
How We Went Viral: Promoting Content with Influencers,...
Blame Olympic Record Price Tag For Return To...
Apple iOS 14.5 Release: Should You Upgrade?
How to Come up with Podcast Topics and...
Why Gaming Gear Company Razer Launched A $50...
Home Business How Bad Is The Trail Blazers’ 3-Point Defense? Historically Bad
Business

How Bad Is The Trail Blazers’ 3-Point Defense? Historically Bad 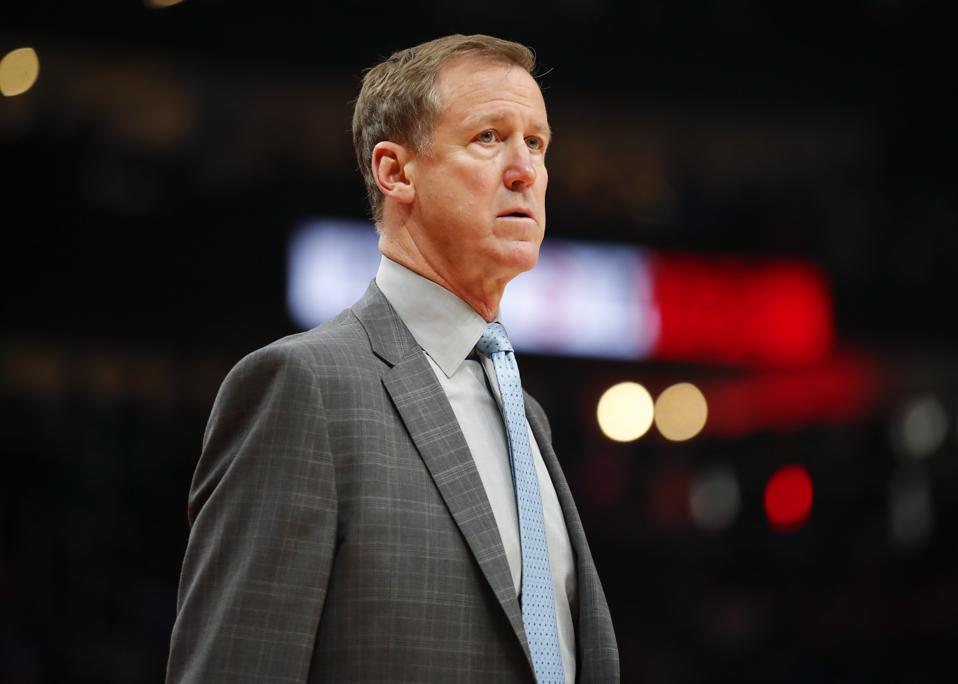 There’s no big secret why the Portland Trail Blazers lost their last two games, to Phoenix and Sacramento, in key matchups against teams that are, like them, trying to grab the No. 8 playoff berth in the Western Conference.

Simply, they gave up way too many 3-point shots. In the two games combined, the Suns and Kings shot 40 for 81 behind the arc, while the Blazers were 23 for 71. That means the Blazers were -51 in scoring on 3-pointers.

It’s hard to imagine any team being able to overcome that big a deficit.

With their lineup so depleted by injuries and their starters needing to carry the bulk of the scoring load (the Blazers are last in bench scoring in the NBA at 26.7 points), defense has slipped, in particular 3-point defense, which carries a big effort component in players hustling to contest shots. This year’s team will, in all likelihood, end up as the worst 3-point defensive team in franchise history, and one of the worst in league history, a huge hindrance for a team in this era of the NBA.

The 13.3 3-pointers allowed would be the most allowed in franchise history by a wide margin. The previous high came in 2018-19, when the Blazers allowed 10.7. This season’s average would be more than the existing NBA record of 13.09, set last season by Milwaukee, according to Basketballreference.com. However, both Milwaukee (13.7) and Golden State (13.4) would finish higher at their current averages.

With 17 games left, the Blazers are one average game away from breaking the franchise record for most total 3-pointers allowed in a season. They’ve allowed 865 3-pointers in 65 games; last season, they set their franchise high by allowing 878 in 82 games. It’s always challenging to put 3-point shooting into perspective because of its recent ascendance in importance in basketball, but one eye-opener is this: Portland is on pace to give up 3,272 points on 3-point shots.

For all the buzz about the impending return of center Jusuf Nurkic, who has said he will make his season debut Sunday, the Blazers need a lot more help defensively, unless Nurkic has somehow gained the ability to contest all 3-point shots.

COVID-19 Travel Update: Fauci Says Cruising Is OK If You Are Healthy