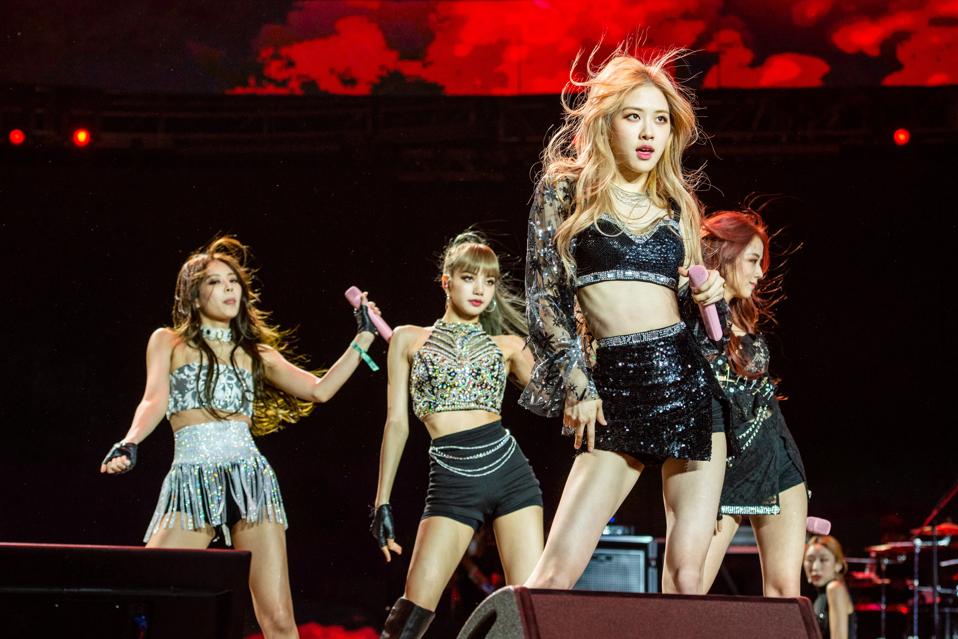 BTS led the charge of Korean pop artists captivating American audiences in 2019. The seven-piece boy band earned its third consecutive No. 1 album with Map of the Soul: Persona, and lead single “Boy with Luv” reached No. 8 on the Billboard Hot 100, the highest showing on the chart for a Korean group. Billions of streams and millions of dollars in concert revenue later, BTS have established themselves as one of the biggest acts not just in the United States, but the world.

But BTS was hardly the only Korean pop group to make a huge splash in the United States in 2019. In fact, one of their peers could be poised to ascend to the same stateside heights in 2020: Blackpink.

The four-piece girl group made huge strides in the U.S. in 2019. Their latest EP, Kill this Love, reached No. 24 on the Billboard 200, while its title track reached No. 41 on the Hot 100, making them the highest-charting female K-pop group on both charts. Last month, their single “Ddu-Du Ddu-Du” became the first music video by a K-pop group to reach 1 billion YouTube views, and Blackpink is the most-subscribed music group on YouTube.

In terms of Billboard chart performance and streaming, Blackpink still trails BTS by a large margin. But they made exponential gains in 2019 that suggest they could soon catch up to the boy band. In 2019, Blackpink earned 1.1 billion Spotify streams, a 168% boost over 2018, when they earned 410 million streams. It’s still a far cry from the 3 billion streams BTS earned in 2019, a 50% boost over 2 billion in 2018. But percentage-wise, it’s also a much larger year-to-year increase. If both groups continue on that trajectory in 2020, Blackpink will earn roughly 2.95 billion streams, while BTS will earn 4.5 billion.

However, that assumes both groups’ discographies will remain static. BTS has released music at a furious clip over the past year and a half; between Love Yourself: Tear, Love Yourself: Answer and Map of the Soul: Persona, the band put out a whopping 44 songs for fans to devour. Blackpink, by comparison, has only released two EPs: 2018’s Square Up and 2019’s Kill this Love. (Japanese studio album Blackpink in Your Area is technically a compilation of their previous works.) The group is reportedly prepping new music for an early 2020 release, and if it’s a full-length album, fans will have double the music to stream from them. It stands to reason that an exponential streaming boost could follow.

Blackpink has not toured extensively in America yet, but their early performances were promising. The group’s inaugural world tour included a string of six well-attended arena shows in the U.S., and they became the first female K-pop group to play Coachella, earning a coveted 8 p.m. slot on Friday night. Their performance was met with rave reviews and an enormous crowd, making it abundantly clear that there’s a sizable, eager audience for a full-fledged Blackpink tour in America. It’s easy to envision them packing arenas around the country—and possibly stadiums in a few years, if they remain on their current trajectory. This strategy would mirror BTS’s entry into the U.S. concert market. The boy band sold out a handful of North American arena dates on their 2017 Wings Tour in minutes, then returned for a larger run of arenas and stadiums on the Love Yourself World Tour.

Blackpink can combine their increased streaming popularity and concert draw to boost their Billboard chart standings as well. A full-length album would mean double the material to stream, and if Blackpink package the album as part of a concert ticket bundle, they could receive an astronomical sales boost. (Remember BTS’s Citi Field sellout?) If all of these elements work in tandem, it’s not difficult to imagine Blackpink notching a Top 10 album or Top 20 single, if not higher.  There are a lot of big “ifs” at play here. I can’t confirm whether Blackpink will release a full-length album or launch another tour in 2020. But one thing is certain: The group has developed a passionate global fanbase that is eager for more music and live performances. Whatever Blackpink does in 2020, their next moves could catapult them to the next level of their career.

How This Young Business Pivoted During The Pandemic

If You Want To Maximize Your Career, You...

Plan To Play Baseball In Arizona Only Way...

WWE Attempts To Rename A City In Kentucky...