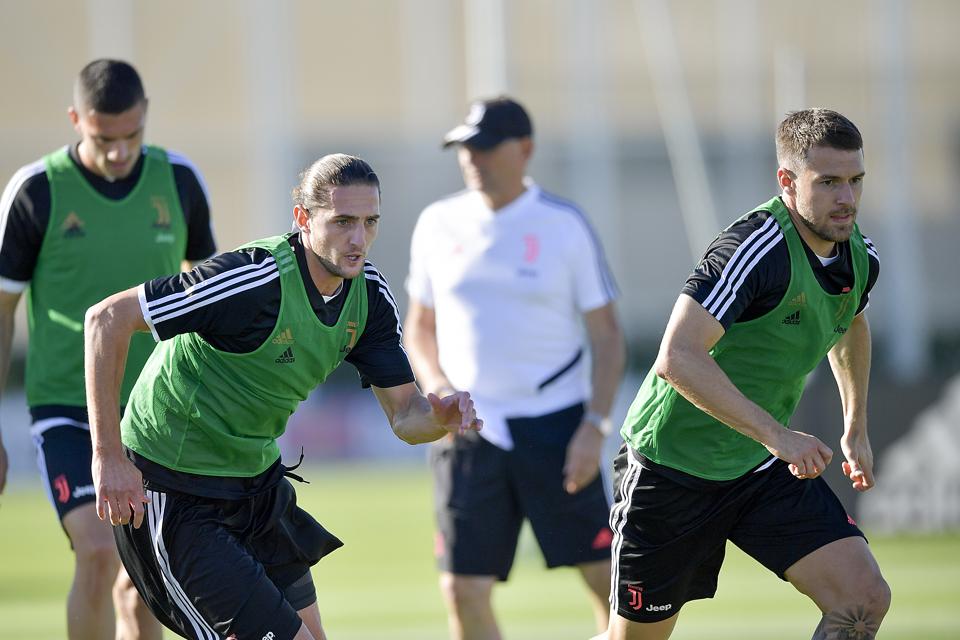 The Serie A champions have a specific approach in their pursuit of talent over recent years and now it has started to have an impact on their road to success in the Champions League.

Dating back to May 6, 2017, Juventus entertained Torino in the Turin derby. A then Massimiliano Allegri side on that day looked out of ideas, were outrun and out-thought by their city rivals. Torino were looking for just their second victory over Juve in 22 years.

Adem Ljajić opened the scoring from a freekick, and a last gasp equaliser into added time from Gonzalo Higuaín earned the Old Lady a point. What was telling, however, was the fact Allegri sent on substitutions, introducing $163 million worth of talent from the bench as Higuaín, Miralem Pjanić and Alex Sandro went into action for the remaining 20 minutes of the match, to secure a point. 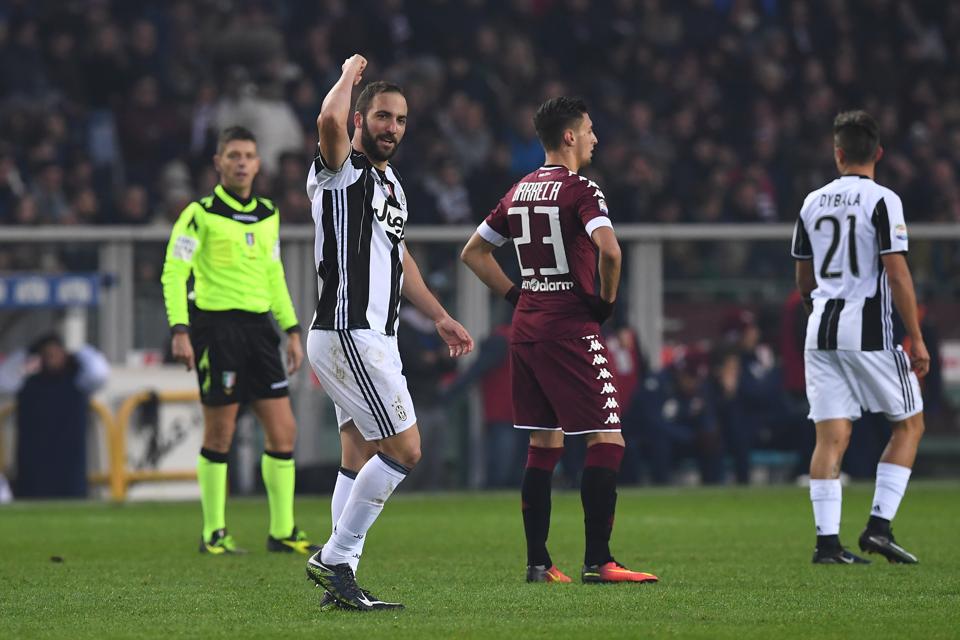 “To call this a failure seems like a utopia,” Luciano Spalletti said after the game following the draw. “Try asking the seven or eight teams behind us whether finishing third is a failure. Juventus have made it clear that nobody can get near first place.”

Since then, however, the club has gone down a different avenue. The club have worked tirelessly and in spectacular fashion and adopted a new approach – free transfers. It began with the signing of Andrea Pirlo in 2011, at a time when AC Milan deemed the player had passed his best. Former Juve director general Beppe Marotta was convinced he could make a difference, and that he did.

“We never discussed money that afternoon in the spring of 2011. Never,” he wrote, per Football Italia. “In those 30 minutes, we didn’t broach the subject of economics with Galliani. I just wanted to be considered important, at the centre of a project and not a player heading for the scrap yard.”

“Pirlo was the best signing Beppe Marotta ever made,” Romeo Agresti of Juve’s in-house TV Channel told Bleacher Report. “Milan were sure that he was finished, but in Turin, he immediately played very well and brought great European experience to a team that had none. 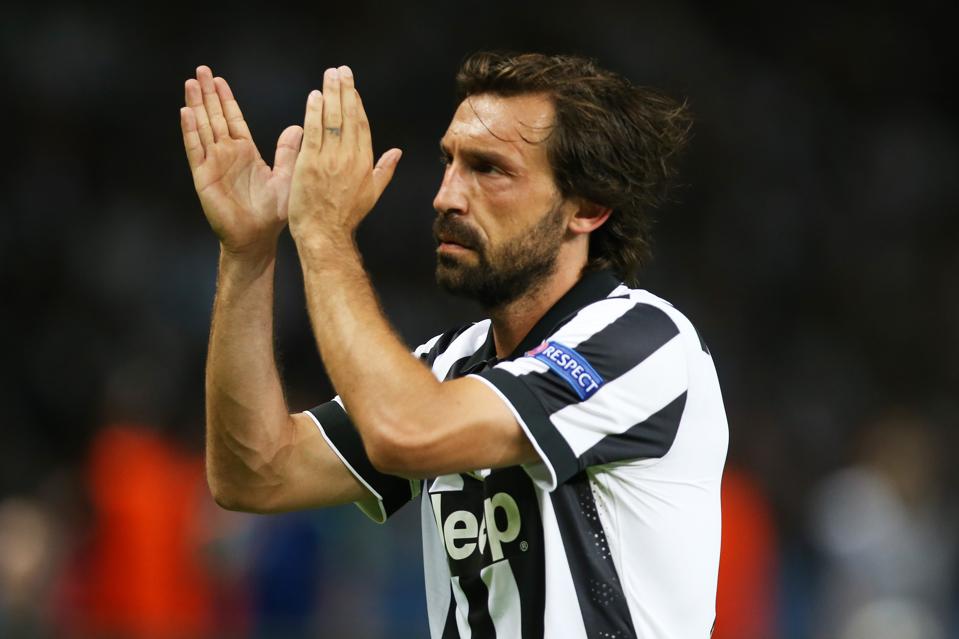 “Thanks to him, Juventus had an opportunity to win the Champions League against Barcelona. Because with Pirlo, you instantly improved in every way. He was amazing in front of the defence, and he brought great quality to the side each time he took to the field. That one success made Juve think that free is good, but Pirlo was a Rolls Royce of a midfielder and was an exception.

Following Pirlo’s departure in 2015 to New York City, in came striker Fernando Llorente from Atheltic Bilbao on a free transfer. They also added Paul Pogba and Kingsley Coman as well on free transfers, eventually selling the French duo for a total of $146million.

Milan previously claimed Pirlo was ageing and let him leave, and a similar situation happened at Real Madrid with Sami Khedira. Injury-prone at the time, the then 30-year-old departed the Santiago Bernabéu and signed a four-year deal at the Old Lady on yet another free transfer.

A 34-year-old Dani Alves was later drafted in from Barcelona at no cost but yet made more accurate crosses from open play (17) than any other player in the Champions League in the 2016-17 season.

“I asked Dani Alves to help us, above all us older members of the team, to achieve the dream we are still chasing and help us push the bar a little higher,” Gianluigi Buffon told Sky Sport Italia back in August 2017. 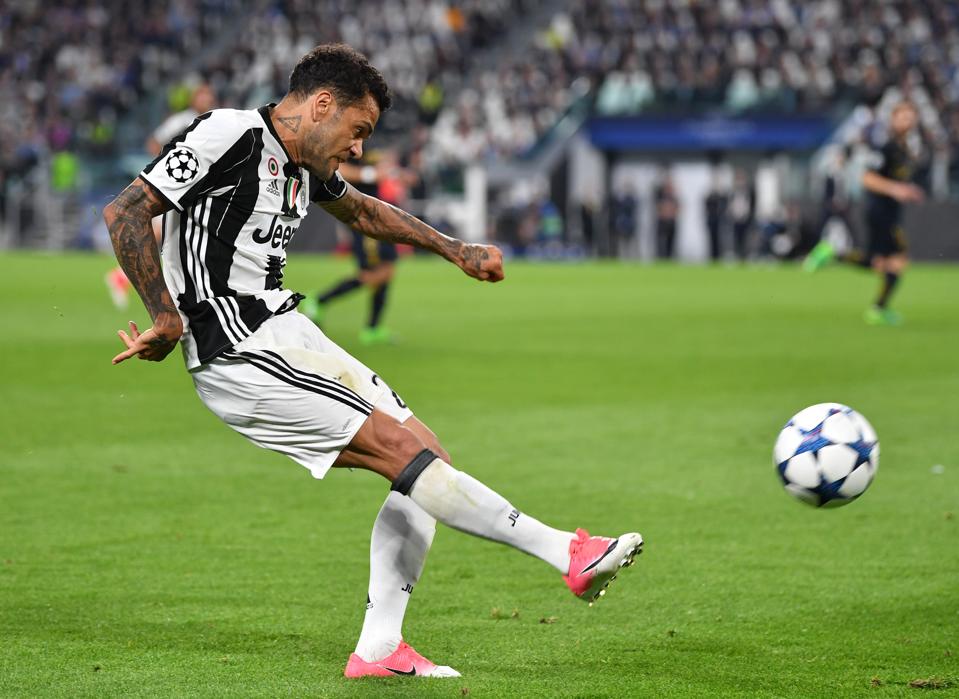 TURIN, ITALY – MAY 09: Dani Alves of Juventus in action during the UEFA Champions League Semi Final … [+] second leg match between Juventus and AS Monaco at Juventus Stadium on May 9, 2017 in Turin, Italy. (Photo by Stuart Franklin/Getty Images)

“At the beginning of Marotta’s tenure at Juventus, he was often mocked for going for players in free transfers or pursuing to complete deals with the dreaded loan with option to buy deal,” David Amoyal, a member of transfer expert Gianluca Di Marzio’s staff, explained to Bleacher Report.

“As Juventus’ revenues and appeal grew, it’s not surprising that he’s been able to land much bigger names with the same formulas. Khedira was a considerably younger version of Pirlo, and Dani Alves brought the European pedigree that someone like Michele Pazienza lacked.”

In most recent times, Adrien Rabiot, Aaron Ramsey and Emre Can were all brought in on free transfers but have struggled to impress. Can, who is spending the campaign on-loan at Borussia Dortmund has signed permanently with the German side ready for next season.

It seems Juventus are starting to suffer from their ‘free transfer’ approach, especially in the Champions League. The defeat to Lyon proved this and showed how far the club has fallen in their ill-judged and misguided attempts to get age and experience on the cheap and win Europe’s elite competition. Lyon, a side struggling in France’s not so competitive Ligue 1 and are currently seventh, managed to stop Juve having a single shot on goal. Big-name free agents couldn’t “cut the mustard”. 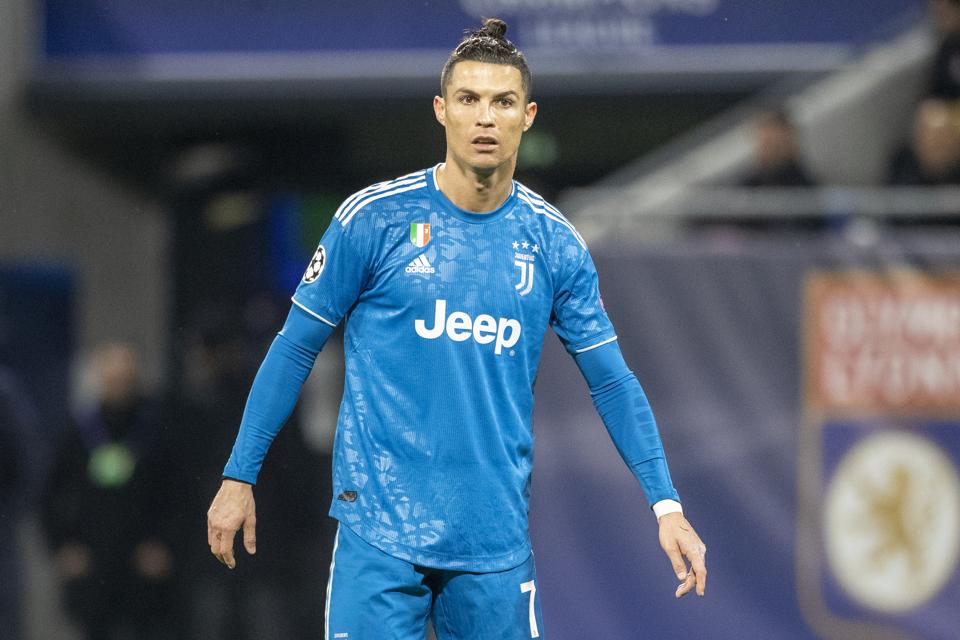 Winning the Champions League, a prize Ronaldo wants at Juve before he hangs up his boots for good, looks highly unlikely. The Old Lady’s squad has players who are Individuals and past their prime. The midfield alone has an average age of 28, far too old for an “engine room“. Saving on transfer fees to pay big names eye-watering salaries has only created “fat cat“ players rather than a hunger for success team.

The club has been forced to make cutbacks across the pitch to fight off Financial Fair Play sanctions, having forked out on big names in Ronaldo and defender Matthijs de Ligt in an $82million deal from Ajax. Highly rated academy graduate Moise Kean was sold to ​Everton, Joao Cancelo was replaced with the less impressive Danilo. Paulo Dybala was also set to leave for Tottenham in the last transfer window and would have done so but for a last-minute hitch.

Younger blood is needed and the ‘free transfer’ approach may have looked like a bright idea at the time, but now it is taking its toll. Maurizio Sarri suggested the personnel are the problem more than the coach. Signing Ronaldo and others who ran down their contracts for lucrative weekly wages have meant Juve can not splash the cash on young prodigies such as Lyon’s Houssem Aouar or Bayer Leverkusen’s Kai Havertz for example. 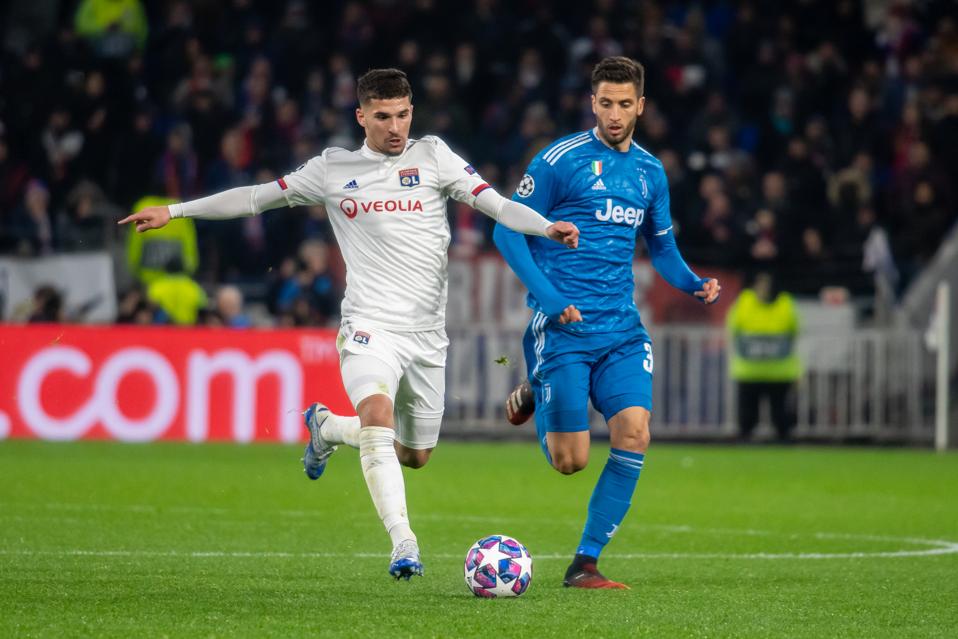 LYON, FRANCE – FEBRUARY 26: #8 Houssem Aouar of Olympique Lyonnais battles for the ball with #30 … [+] Rodrigo Bentancur of Juventus during the UEFA Champions League round of 16 first leg match between Olympique Lyon and Juventus at Parc Olympique on February 26, 2020 in Lyon, France. (Photo by RvS.Media/Basile Barbey/Getty Images)

The fact is they need to sell an ageing squad which demands top dollar for a resale value will cost them dearly both in terms of success and financially. They can’t rely on Ronaldo, a player who has scored a third of his goals from the penalty spot. What they need to do is have a hard re-think about their strategy and there in time expectations and change it before things get worse.

Juve is not a club with patience, the academy doesn’t get the time to develop homegrown talent. Instant success is what is demanded by the club and its fans. The Champions League title is maybe out of reach for the ageing squad. An unforeseen exit to a struggling French side my just cost Sarri his job. If it does, then whoever comes in has to build for the future, not something Juventus are likely to accept.

Third Strike For Natural Diamonds. Are They Out?

How To Rapidly Increase Your Happiness Level Today

Start Taking Your Side Hustle Seriously. Here’s How.