Breaking
Everything You Need to Know About Corporate Social...
Is Adaptive Leadership the Key to Motivating Employees?
Why business events are set to return with...
Business events set to return with a bang!
Expanding Internationally: 5 Things to Consider for eCommerce...
How the Machine Shop Is Going Digital in...
Sustainable Food Packaging Is Helping the Hospitality Sector...
Top 5 Investment Practices To Make More Money...
Managing IT Requirements for SMEs: 5 Aspects that...
How To Build a Successful Luxury Brand In...
Finding The Best Google AdWords Consultant for Your...
8 Top Tips To Help Your Agricultural Business...
Three Reasons Why Office Décor and Design Are...
Looking To Improve Efficiency In Your Business? Here’s...
AI and machine learning for business
How Social Media Changed the World
Home Business How Creative Director Priscilla Royer Reinvented Parisian Milliner Maison Michel
Business 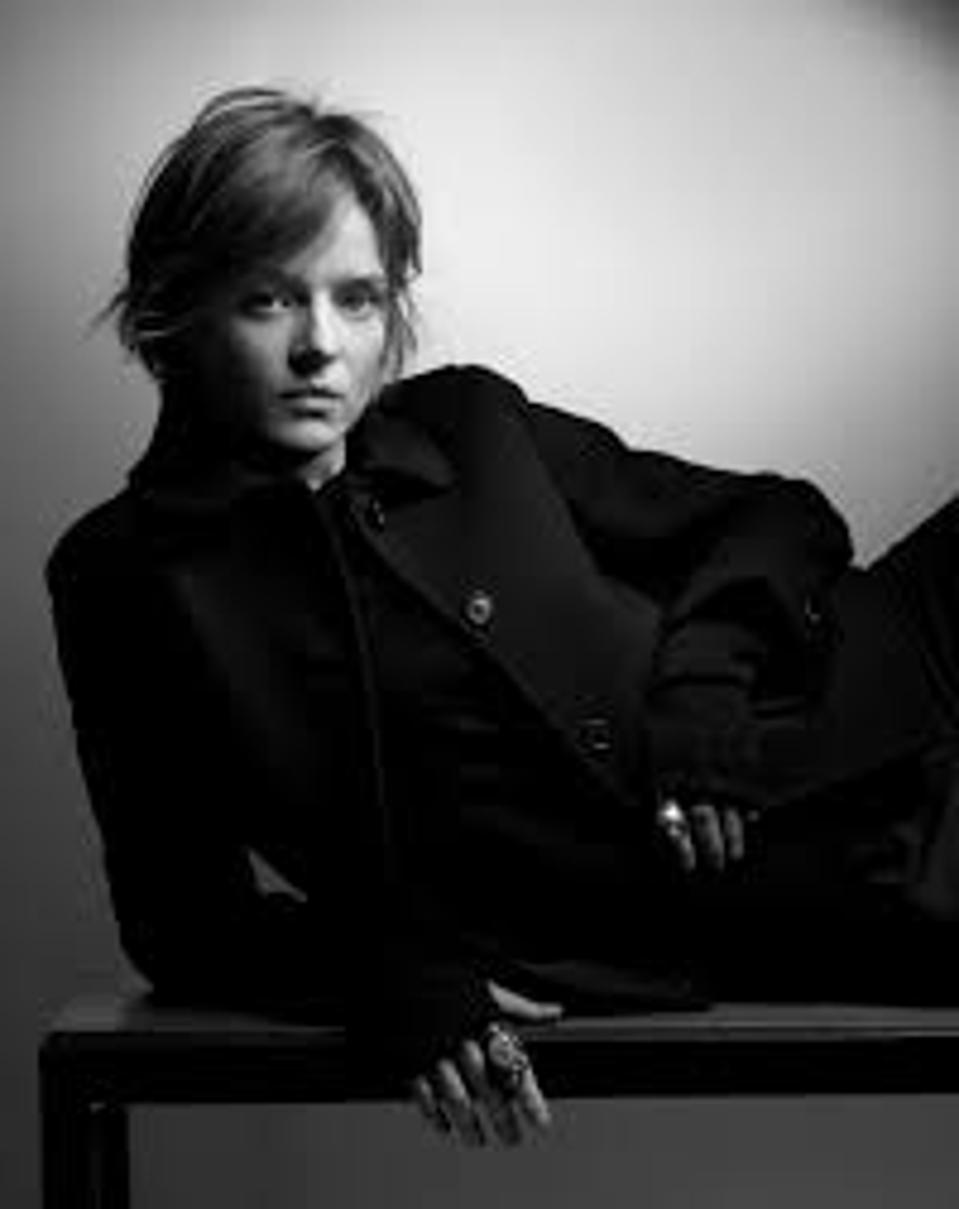 When Priscilla Royer joined the Chanel-owned Parisian milliner Maison Michel as creative director in 2015, the label was already well- known and the hats were considered as headwear for jet-setters. “Karl Lagerfeld was doing the photos with all his crew of great models and personalities,” said Priscilla Royer. “There was a sense of playfulness in a rock and glamour vibe: lace ears with veil, black fedora, or chain headbands. In the end, Maison Michel is actually part of a whole headwear label – more than just hats. It’s not only about hats anymore, it’s about headbands, ears and caps. It makes it easier for some people who are really scared sometimes to wear a hat.”

The French native is a graduate of Studio Berçot in Paris and then went on to study at Central St. Martins. Royer has worked for Vivienne Westwood where Westwood and and Andreas Kronthaler had her take over creative direction of the Red Label. She also briefly started her own label, Piece d’Anarchive, with her sister in 2012 and won the ANDAM First Collections Prize. The brand closed in 2014.

While Royer has never designed hats prior joining the label she noted that “the artisans are the experts.” “They know everything,” said Royer. “They’ve been working there. For some of them, they’ve been celebrating their thirty years at the company. So I rely on them a lot technically.”

For her, it’s the ideas that are key. “If you have ideas, then you could translate it,” said Royer. “And transform it into jewelry or things like this. It’s just a question of, being open-minded enough to use them and lean on the strengths of the experts.”

The creative director wanted headwear pieces for every type of personality. “The cult of personality is my obsession,” said Royer. “I aimed at putting an unhallowed vibe to the ritual of wearing a hat and make it more like a style statement, and breaking the social codes of hat history was essential to do so. I considered the atelier as a creative laboratory and tried to work on many materials artisans never worked on before, proposed waterproof felt, rollable hats, supple hats, hard bucket hat, and caps.”

Royer said she opened the boundaries and limits when it comes to hats. She said that her biggest contribution to the brand was to create pieces that would work with the wearer’s daily routine. “A sense of modernity and concept,” said Royer. “Because if it’s too precious or too, or intimidating then you’re just scared to wear it. You’re scared to go around with it. So we are working on supple materials and as you have your hat and it’s as easy as wearing like a coat or a piece of jewelry. I am very proud when I see Maison Michel hats worn by strangers on the streets. Also we will be launching a new line called built on very creative technics and shapes to honor the craft world of hat making and millinery.”

The brand has evolved since Royer joined in 2015. “Maison Michel is small so we had to structure the teams and build strong key players in order to develop, sell and produce sensible collections,” said Royer. “After a few seasons, we could already draw in the mainstay of the customers we attracted and those yet still to convert… It’s going in the right direction.”

Royer has worked very closely with the commercial team to understand the buyers needs in terms of collection skeleton, from entry prices to high end exclusive designs.

Her focus now includes to continue to develop new materials and new systems to incorporate headwear into a daily lifestyle which includes styles such as rollable felt and straw, waterproof material, exclusive weaving for straw. She aims to create hybrid pieces such as transforming a supple bucket hat and make it into a hard one in felt. She said she wants to make Maison Michel’s experience more personal with sets of pin’s to personalize your piece or letters to place your initials inside your hat, as well as changeable bands for your navy cap,

In terms of challenges, Royer said having to imagine whole silhouettes to only finalizing and making hats was challenging. “I have found great enthusiasm into going through it, the power of headwear is sociologically fascinating.” 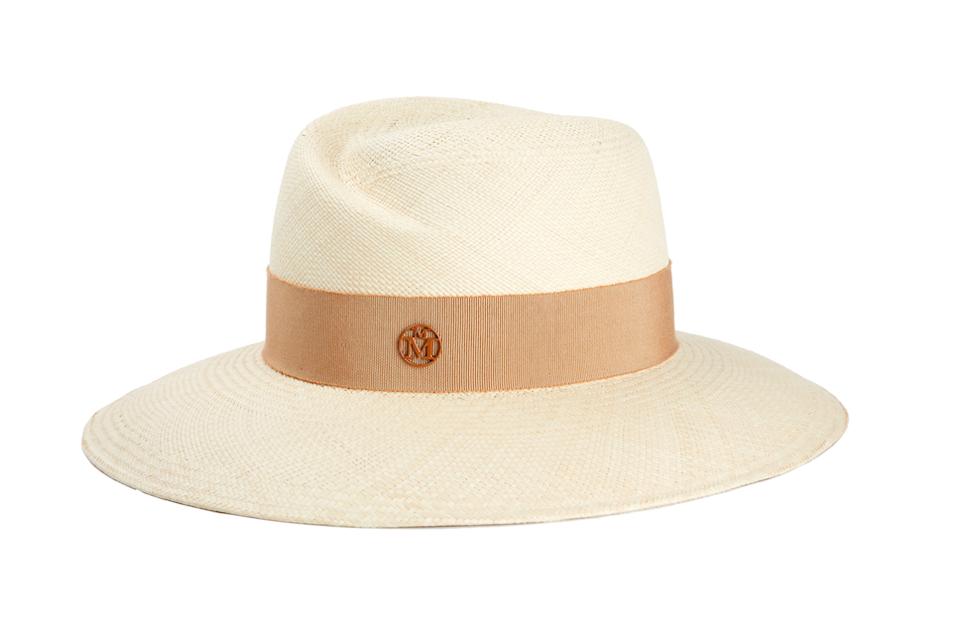 The Maison Michel client is varied and pointed the Virginie and the Jamie hats among their bestsellers as well as boater hats, caps and bucket hats. “What I like the most is that we have many types of customers who come for different occasions,” said Royer. “Some want everyday pieces for the rain, some want straws for sun protection, some want formal headwear for special occasion some want to make a statement while other want to hide We also have women who need to match their hat with their coat or bag.”

Manchester United Step Up Their Interest In Erling Haaland