Breaking
Menopause Is Linked To Forgetfulness, Suggests New Study
How Square’s Co-Founders Gave The ‘Greatest Pitch’ Silicon...
How A Small Start-Up Beat The World’s Tech...
This Is Why You Must Never Try And...
21 Books To Read In 2021
Iconic Italian Coffee Brand Calls For Regenerative Agriculture
This Week’s ‘Wolf Moon’ Kicks-Off A Year Of...
The Hedge Fund Genius Who Started GameStop’s 4,800%...
Major Tesla Investor Predicts Tech Companies Will Buy...
Why Real Estate Professionals Are Turning To Virtual...
Walgreens To Tap Starbucks COO As New Chief...
4 Ways To Beat Burnout As An Entrepreneur
Is It Better to Embed Videos or Link...
Had Your Income Drop In 2020? Here’s How...
How Much Can Tax-Loss Harvesting Boost Your Portfolio’s...
Meet VAMP: Digital Talent & PR Agency Aiding...
Home General How Dark Is Space? Universe’s Glow Shows There Are Fewer Galaxies Than We Thought, Say Scientists
General 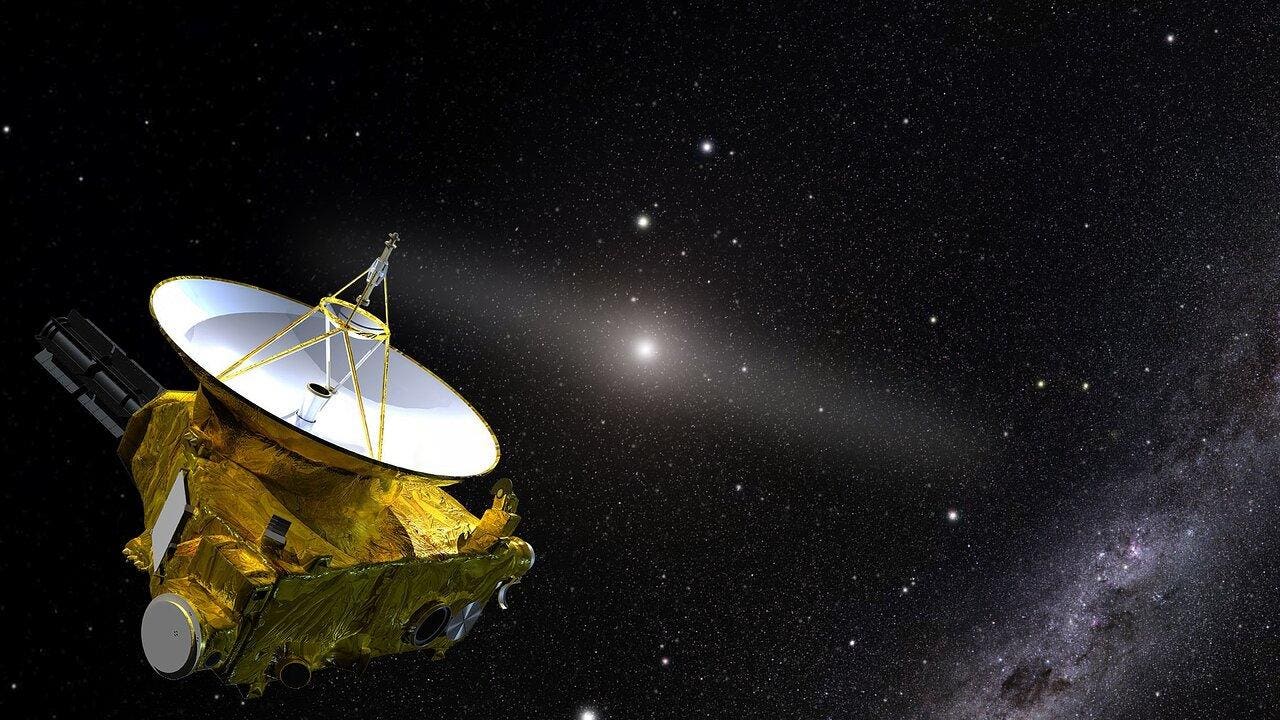 The cosmos just became a darker and lonelier place.

NASA’s New Horizons spacecraft beyond Pluto has made a groundbreaking measurement of the Universe’s background glow—with astonishing results. It turns out that there are many fewer galaxies out there than previously thought.

Here’s everything you need to know about the Universe’s glow—and what it reveals.

Why measure the Universe’s glow?

Measuring the intrinsic darkness of the night sky allows astronomers to estimate the number of galaxies in the Universe, both seen and unseen. “It’s an important number to know—how many galaxies are there?” said Marc Postman of the Space Telescope Science Institute in Baltimore, Maryland, a lead author of a study presented yesterday at the January 2021 meeting of the 237th American Astronomical Society.

As it turns out there are many fewer galaxies than astronomers supposed.

What is the ‘cosmic microwave background’?

The leftover radiation from the Big Bang—a weak afterglow—is termed the cosmic microwave background (CMB). A famous yet faint glow of light—very long wavelength microwave radiation from before stars existed—it fills the Universe, and is strong evidence for the Big Bang theory.

It’s much closer to the origin of the Universe than stars and galaxies.However, the CMB is not what this study searched for.

What is the ‘cosmic optical background?’

It’s all the light produced by stars and supernovae—the combined glow of all the galaxies—in the entire history of the Universe, so it’s something of a cosmological benchmark.

The cosmic optical background (COB) is basically the visible equivalent of the CMB.

What is the ‘New Horizons’ spacecraft?

The scientists used the spacecraft’s Long Range Reconnaissance Imager (LORRI), an 8-inch/20 centimeter telescope. “These kinds of measurements are exceedingly difficult. A lot of people have tried to do this for a long time,” said Tod Lauer, a scientist at the NSF’s NOIRLab, another lead author on the study. “New Horizons provided us with a vantage point to measure the cosmic optical background better than anyone has been able to do it.”

By using LORRI’s data from beyond Arrokoth, the scientists were able to make use of a sky about 10 times darker than the darkest sky accessible to the Hubble Space Telescope, which orbits Earth.

Put simply, Earth’s atmosphere and sunlight in the Solar System makes it useless for a sensitive measurement of the COB. The darkness of the outer Solar System enabled the scientists to isolate the COB by subtracting scattered light from bright stars and galaxies, faint stars, zodiacal light and diffuse light from the Milky Way.

What is ‘zodiacal light?’

It’s “light pollution” in the Solar System. Literally meaning light from the “circle of animals”—the constellations of the zodiac along Earth’s ecliptic—the zodiacal light is also known as the “false dawn” and “false dusk.”

Reflected sunlight from a cloud of interplanetary dust around the Sun, zodiacal light is dust from passing comets in the asteroid belt (between the orbits of Mars and Jupiter) and the Kuiper Belt (in the outer solar system beyond the orbit of Neptune).

Zodiacal light radiates across the optical spectrum down to long-wavelength infrared.

It’s visible from Earth—though only in very dark sky destinations—as a delicate cone of light that looks something like an upside-down or elongated “V.”

The further you get from the equator, the lower it is on the horizon and the more infrequent it is to see.

For this experiment the zodiacal light had to be avoided.

So how bright is the Universe?

“The Universe is dark, but not as dark as we thought,” said Lauer. Having measured the Universe’s glow, Lauer and his colleagues subtracted known sources such as the stars in the Milky Way and reflections from interstellar dust only to find that some light remained unaccounted for.

So what’s the source? Options include:

However, perhaps the most surprisingly find is that the background glow of the Universe is too weak to support current theories of how many unseen galaxies there really are.

It was previously estimated by the Hubble Space Telescope that there were two trillion+ galaxies out there, mostly beyond its view, but these new calculations suggest that there may be only hundreds of billions.

“Take all the galaxies Hubble can see, double that number, and that’s what we see—but nothing more,” said Lauer.

Yes, The James Webb Space Telescope Really Should Launch In 2021