Breaking
ESBC Major Updates: Tons Of Heavyweight Greats Added...
5 On-Demand Courses To Help Develop Your Leadership...
How to Run Nonprofit Marketing Ads
Entrepreneurs Are Bringing Transparency To Home Buying And...
Best Incentive To Get Vaccinated: Money, Messaging, Or...
Page Level Query Analysis at Scale with Google...
How A CIO Can Align IT With Business...
Blogger of the Month: Jo, Girl Eats World
6 Things Women In Business Know That Men...
How to Use First-Party Data for Ad Personalization
Pressing Reset—Putting A Fallen Unicorn Back On Its...
How We Went Viral: Promoting Content with Influencers,...
Blame Olympic Record Price Tag For Return To...
Apple iOS 14.5 Release: Should You Upgrade?
How to Come up with Podcast Topics and...
Why Gaming Gear Company Razer Launched A $50...
Home Technology How Deforestation Drives The Emergence Of Novel Coronaviruses
Technology 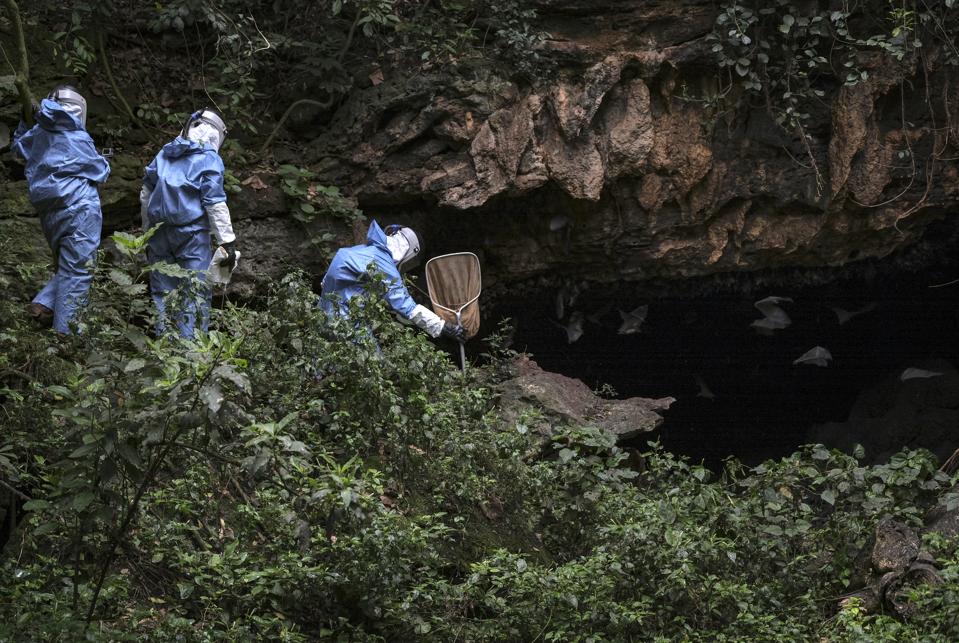 Scientists approach a bat cave in Queen Elizabeth National Park in Uganda in this 2018 file photo. … [+] The CDC scientists gathered 20 bats that reside in Maramagambo Forest as part of a research project to determine how Marburg virus finds its way to humans. (Photo by Bonnie Jo Mount/The Washington Post via Getty Images)

Scientists have been warning that deforestation may be creating an accidental laboratory for the emergence of new viruses in environments that have been disturbed by humans.

In the wake of HIV, Ebola and SARS, scientists documented a potential path for viruses from bats through other mammals to humans. Some scientists and doctors have further argued that path is paved by deforestation.

“Deforestation and the sale of live wild animals or bushmeat, such as bats and monkeys, make the emergence of new viruses inevitable, while population growth, dense urbanization and human migration make their spread easier,” said Dr. Seth Berkley, head of the GAVI Alliance—a non-profit international vaccine initiative—writing in Scientific American.

In 2018 a group of European scientists warned in an opinion article of the role of deforestation:

“The biological problem of viral emergence has not fundamentally changed, but the probability of occurrence of the risk is increasing owing to environmental change and higher environmental pressure,” wrote Aneta Afelt, Roger Frutos, and Christian Devaux from the universities of Warsaw, Montpellier, and Marseilles.

Bats host more viruses than other mammals while displaying a heightened immunity to them. In the natural environment, bat populations—and the viruses they carry—are limited by their ecosystems, according to the European authors, but in disturbed environments displaced bats can find “anthropized environmental niches.”

Houses and barns provide shelter to bats, lights attract insects they feed upon, while orchards and fields feed fruit-eating bats:

“This attractive effect of anthropized environments on bats with differing biological needs results in a higher concentration and biodiversity of bat-borne viruses.”

In these disturbed environments, multiple species of bats mingle, roost, hunt, and encounter the intermediate hosts—such as civet cats, monkeys, camels and horses—that may bridge a transmission to humans.

But bats are not the enemy, the scientists agree. Their immune systems may hold the answer to viral epidemics, they are not the primary carrier of these viruses to humans, and when the viruses do reach humans, it is typically through human activity.

The COVID-19 novel coronavirus has been traced to a Wuhan market that sells live wild animals, such as civets, who are considered by some a culinary delicacy. Viruses similar to the one that causes Covid-19 have been found in Chinese horseshoe bats, and may have mutated in civets.

SARS is believed to have passed through civets as well, MERS through dromedaries or camels, the Australian Hendra virus through horses.

“The underlying causes of zoonotic spillover from bats or from other wild species have almost always—always—been shown to be human behavior,” Andrew Cunningham, Professor of Wildlife Epidemiology at the Zoological Society of London told CNN. “Human activities are causing this.”

Human activity makes the emergence of viruses more difficult to predict, according to the European group. The emergence of a virus is “an extremely low probability event resulting from a stochastic combination of low probability independent events,” they write, but environmental disturbances like deforestation create conditions for such events:

“The increased probability of encounter and occurrence of an emergence-leading chain of events yielded by anthropized environments must be considered seriously.” 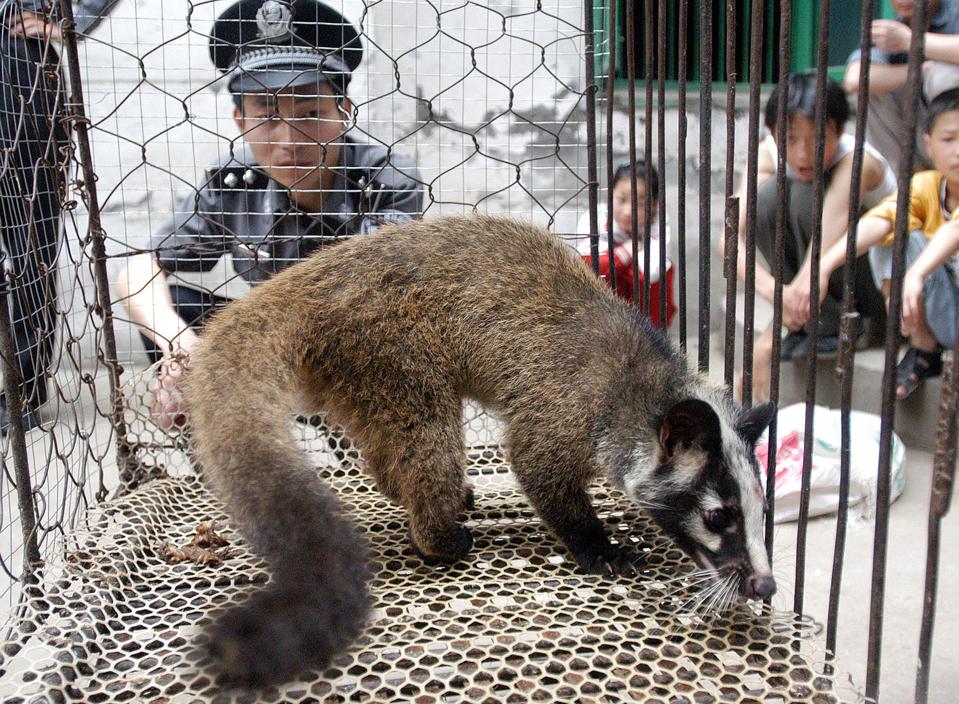 A policeman watches over a civet cat captured in the wild by a farmer in Wuhan, central China’s … [+] Hubei province, in this 2003 file photo. Civets are a suspected source of the leap of both COVID-19 and SARS to humans in South China. (Photo by STR/AFP via Getty Images)