How Do We Evaluate Damian Lillard’s Historically-Bad 3-Point Shooting Game? 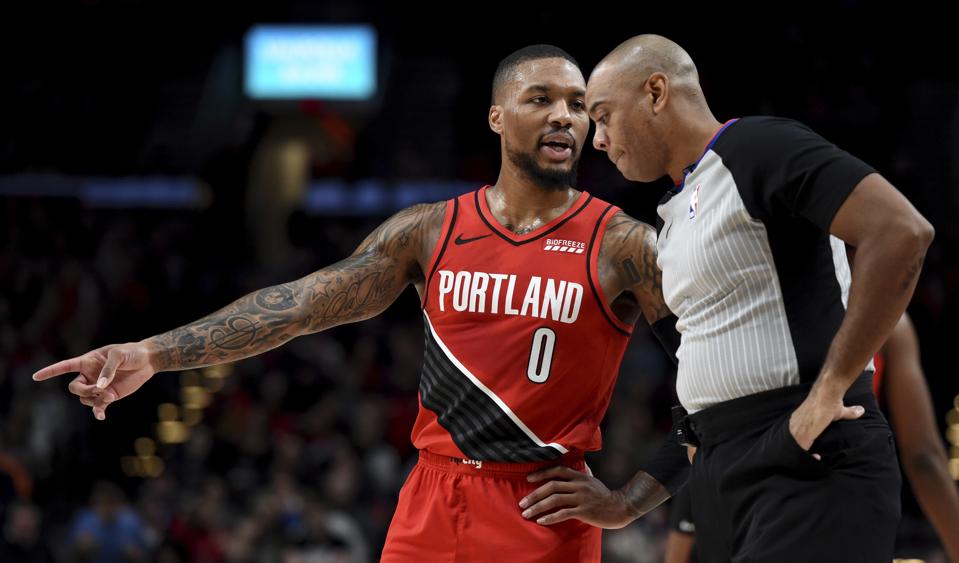 How bad was Lillard’s shooting? His previous most 3-point attempts in a game without a make happened in 2013, during his rookie season, when he shot 0 for 8 behind the arc against Orlando. He has since had four 0-for-7 3-point shooting nights, but nothing close to Monday’s game, which was part of a 4-for-29 shooting night for Portland as a team.

“That was a tough game,” Blazers coach Terry Stotts said. “The obvious thing was 3-point shooting was the difference.”

Lillard basically has free rein on shot selection, earned by making 1,600 3-pointers during his eight NBA seasons, the most in Blazers history by 693 over teammate CJ McCollum, who is No. 2, and 774 more than No. 3 Wesley Matthews. Lillard’s range, of course, is famous as he regularly makes 30-footers, including his famous 36-footer to clinch Portland’s first-round playoff series win over Oklahoma City last season.

But if we evaluate Lillard’s shot selection Monday by ordinary standards, how would we judge his 10 3-point attempts? You would certainly nitpick a bit.

Seven of his attempts came after he was the only Portland player to dribble the ball during the possession, either out of bounds after a New Orleans basket or after he got the ball after New Orleans missed. This, of course, is the opposite of ball movement, but either because of a screen by a teammate, or a step-back move off a dribble, Lillard had more than enough room to shoot on each of these attempts, with four attempts that could be called open, with no opposing player close enough truly challenge the shot.

The no-pass 3 is not a great shot for every player, but, again, Lillard is not every player; he is able to shoot on balance after a burst around a screen or a hard pull-up.

Only three times on 3-point attempts did Lillard take a shot that would have led to an assist for a teammate – once when center Hassan Whiteside passed back out from inside the lane, once when McCollum drove in transition and shoveled the ball back to Lillard, and another on an inbounds play in which McCollum passed to Lillard, who took two dribbles around a Whiteside screen and shot (an assist would have been a scorekeeper’s judgment call, probably).

Is this sort of dribble-and-shoot approach poor shot selection? Possibly for another player, or a coach other than Stotts — one who would prefer his 3-point shooter take attempts off passes from teammates rather than off the dribble.

But Lillard is just not an ordinary player. Consider his two season-high 3-point nights in 2019-20 – an 8-for-11 game against Philadelphia, and an 8-for-12 effort against New York. Of those 16 makes, only three came with an assist.

Because of the Blazers current roster and low bench scoring, Lillard has to do more on offense to create shots – both for his teammates (he had seven assists Monday), and for himself. One of the most astonishing numbers this season for Lillard is his percent of 3-point makes that were assisted – 22.3 percent, according to basketballreference.com. That’s a far cry from his career 48.3 percent for the statistic, and an even bigger gap from other premier 3-point shooters of his era, such as Golden State’s Stephen Curry (career 62.1 percent) and Klay Thompson (93.4 percent).

Festivus 2019: Here Is My Airing Of 10 Grievances In Health

Will The Bitcoin Price Get Demolished By Central...

4 Ways That Business Owners Can Prepare For...