Breaking
U.S. House Passes Bill To Create First Crypto...
Top 3 Lessons For Financial Independence
The Ultimate Guide to Saving Money
Lights, Camera, Action—Is There A Post-Covid Future For...
7 Ways to Reduce Human Errors in Your...
How ‘Couples Therapy’ Used Technology To Cope With...
Can You Settle Your Student Loans Or Negotiate...
7 Best Practice PR Tips For Your Next...
How to Use Amazon Attribution For Ad Campaigns
What are the Makings of a High-Quality Link?
How To Quickly Start And Scale Your Business
Terra Virtua: What NFTs Can Teach Us About...
5 Easy Steps To Prepare Content For E-A-T...
Physical Inactivity Linked To More Severe Covid-19 Infection...
The 2021 Estimated Tax Dilemma: What Tax-Return Pros...
Want To Digitally Transform Your Business? Start With...
Home Technology How Does A Supreme Oreo Fetch $50,000? It’s All About Irony, Expert Says
Technology 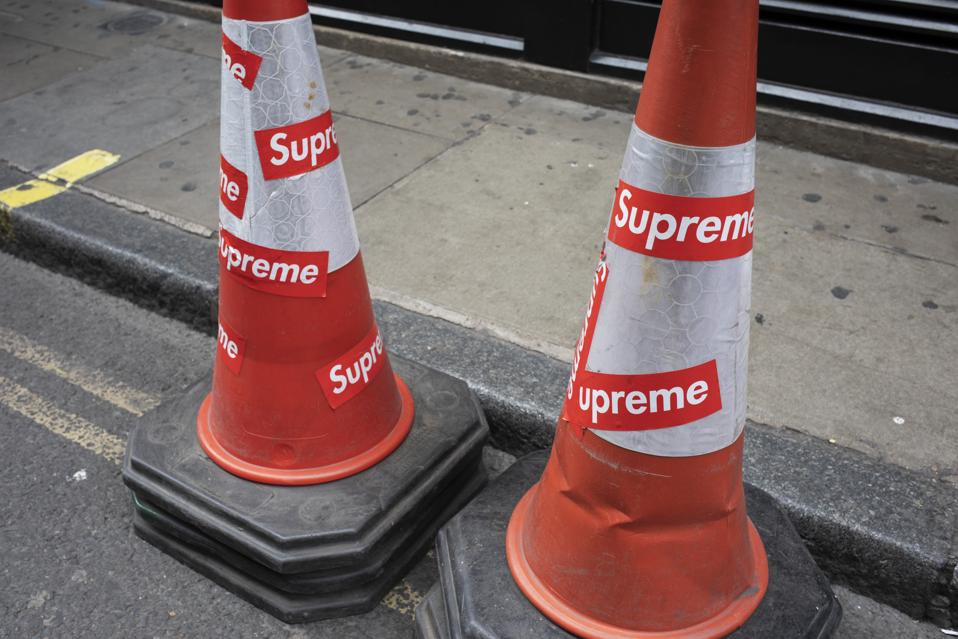 This week, Oreo posted one of its round sandwich biscuits on Instagram. It was red, and it had the word “Supreme” embossed across it. Underneath it was the caption “Dropping Soon.” That’s all it said, and that’s all that you needed to know. They come in a pack of three and are sold in small, limited-edition quantities for $8 dollars—or $50,000+ if you’re checking eBay.

“Drops”—weekly, limited edition product releases—are Supreme’s way of doing things. The New York-based company pioneered the model that is now copied by the likes of Off-White and Gucci. The 26-year-old brand, birthed out of hip hop and skate culture, has ballooned into a global case study on hype and exclusivity that was valued at $1 billion in 2017.

As one of the world’s most recognised and counterfeited brands, it collaborates with other mammoth names such as Louis Vuitton, The North Face and even Kermit the Frog. Anything—a brick, a jacket, or a punching bag featuring a minimalist, italicised ‘Supreme’ sells out within minutes. If you know, you know, and you’ll join queues round the block to get your hands on it. You might even burn it, if you really want to amplify your social status.

A collaboration with Oreo as part of its 2020 Spring/Summer collection—and its wildly inflated value on eBay soon after it was announced, sounds odd at first. Why would somebody, most likely a Gen Z consumer, buy an expensive and perishable item, and resell it for thousands more?

Look to the irony, ephemerality, and the entrepreneurialism rooted in Gen Z culture and there lies your answer, Cassandra Napoli, associate editor at trend forecaster WGSN Insight, tells Forbes.

Even Mike Bloomberg knows it. The multi-billionaire and Democratic presidential hopeful recently sponsored Instagram’s most successful meme accounts to promote his campaign in the way they know best, to a generation that knows him the least, the New York Times recently revealed.

Memes are a defining component of millennial culture, and even more so Gen Z, as a form of expression and catharsis through jokes and ironic humour. It’s only natural that brands would eventually hop on this currency. It has the potential to go viral, and in the process companies can attach themselves to a savvy, entrepreneurially-minded generation whose social status can be moulded by the ownership of these products.

“You can track the rise of streetwear into the mainstream through the rise of ironic collaborations,” Napoli says.

Kanye West, whose own uber-exclusive Yeezy brand has surpassed $1 billion in sales, proposed a collaboration with Ikea four years ago that never happened, but that spawned various memes including “Yeezy” fish fingers, a Kanye West shower curtain, and a mirror with his face on it. Ikea eventually partnered with former Kanye collaborator Virgil Abloh in 2019, for a homeware collection that sold out fast and can now be found on resale sites like StockX. Ikea has even memed itself, in 2017 releasing a guide to identifying its iconic blue Frakta bags after Balenciaga released a similar version ($2,200). “I think that’s another key aspect here is the rise of meme culture around these sorts of viral stunts,” Napoli says.

“Gen Z is so familiar with the idea of being ephemeral, just look to their viral appeal…this group is digitally native, they grew up in a world where content disappears and they’re okay with that,” says Napoli.

Nothing demonstrates ephemerality better than platforms like Vine, Snapchat, TikTok, Instagram Stories and so on, where trends, content and popular culture among younger generations and consumers are often born and forgotten about with the blink of an eye. Collaborations work in much the same way, where one week Supreme Oreos might be the most talked about thing on forums, and owning a piece of it is a marker of social status among friends, but it is forgotten about when the next thing comes along, Napoli explains.

So who’s buying them? “The ultimate FOMO streetwear consumer who’s got broad cross-category tastes,” Napoli says. “He doesn’t want to miss out on copping anything—any of these looks, or drops despite how ludicrous, offbeat and perhaps unexpected they might be.” It depends on the product, but with something like a perishable, it’s not really about the product—or eating it, in this case—but about what it represents.

The ability to “cop and flip”—or obtain and sell on for a profit—Napoli suggests, is another way of standing out among peers in a youth culture where everything pretty much looks and feels the same.

“Gone are the days of the seasonal summer job,” says Napoli. “Gen Z is entrepreneurial year round and they’re leveraging the skills to create resale operations and customization design studios, social communities to spread knowledge.” The most savvy are able to monetize these skills, and at the very least, gain recognition for their knowledge.

As for Oreo, the Nabisco-owned snack has never been a stranger to innovation and often releases buzzy new flavors and combinations, including ‘Marshmallow Moon’ flavor it released in 2019 to mark the 50th anniversary of the moon landing. This collaboration with Supreme not only adds to its portfolio of successful flavours, but adds clout. Napoli says: “They’re attaching themselves to youth culture dominant brand and that’s going to make them more relevant than ever.”