Breaking
NBA-Backed Saliva Coronavirus Test Gets Emergency FDA Authorization
The Amazing High-Yield REIT Strategy For 7.9% Dividends,...
How To Attract Candidates To Hard-To-Fill Positions
Trump: I’m ‘Ready’ To Take Action On Stimulus...
Apple iOS 13.6.1 Release: Should You Upgrade?
Non-PPP Loan Approvals Continue Slow But Steady Rebound
Here’s How To Stay One Step Ahead Of...
Microsoft Outlook Will Store Contacts’ Blood Group And...
How The US Department Of Health & Human...
Why Do Chinese Companies List Their Shares In...
Can You Get Covid-19 Coronavirus From Food? Frozen...
Winklevoss Twins Tell Bar Stool’s Dave Portnoy To...
How Democrats And Republicans Would Tackle The Enduring...
Berkshire Hathaway Doubles Down On Net Lease REIT,...
70% Of Americans: Ban Foreign Apps
This Week In Credit Card News: Pandemic Brings...
Home Business How GMs Veach, Lynch Paid For Their Super Bowl Rosters
Business

How GMs Veach, Lynch Paid For Their Super Bowl Rosters 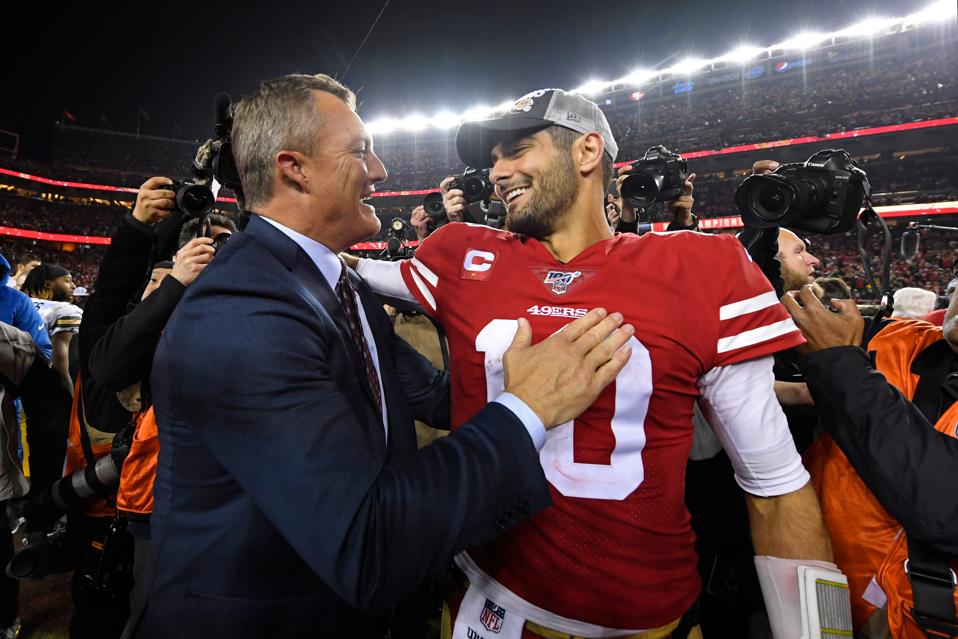 The New England Patriots aren’t playing in Sunday’s Super Bowl but their influence will be present with one of the teams that will be vying for the Lombardi Trophy.

That’s the model used by the Kansas Chiefs, who will face the San Francisco 49ers in the Super Bowl. In fact, the team constructed by general manager Brett Veach has more low-priced veterans than any team in the NFL this year.

Helping the Chiefs, of course, is that one of those players on a rookie deal is quarterback Patrick Mahomes. A third-year player, his base salary is $645,000 and cap hit is $4.48 million.

“A lot of credit goes for what we’ve done goes to him,” Chiefs coach Andy Reid said. “Look what he did with our defensive side of the football, as far as personnel goes. My hat goes off to him. I think he’s done a phenomenal job.” 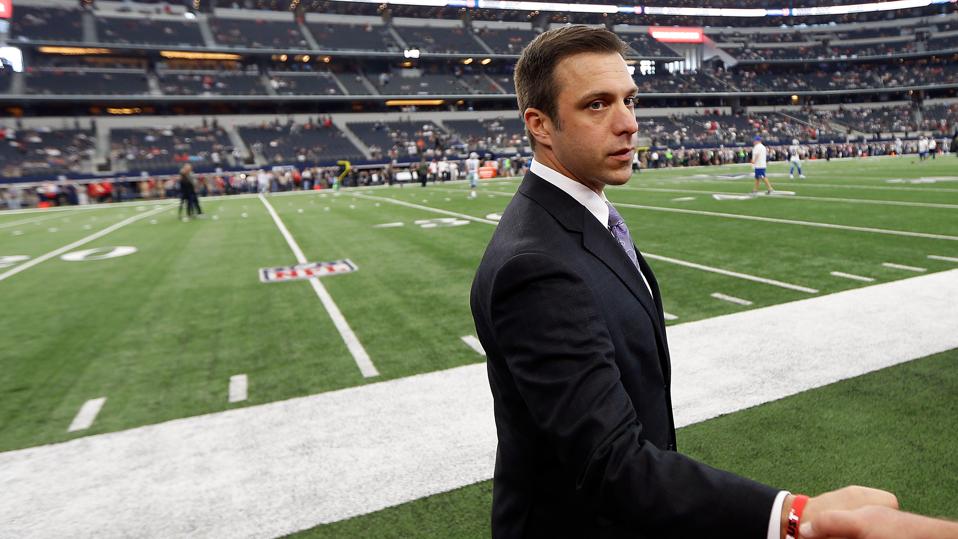 Chiefs GM Brett Veach shakes hands with a fan before a game against Dallas. (Photo by Ron … [+] Jenkins/Getty Images)

The 49ers have a more balanced roster under executive of the year John Lynch. They rank 18th on money spent on elite players (with only quarterback Jimmy Garoppolo), seventh on high-priced players (left tackle Joe Staley, edge rusher Dee Ford, outside linebacker Kwon Alexander, cornerback Richard Sherman and defensive lineman Arik Armstead), 13th on middle-priced players and 14th on low-priced veterans. By number of players, the 49ers have the third-most veterans in those elite, high and middle areas. Thus, in almost a polar opposite to the Chiefs, the 49ers are second in rookie-contract spending.

Contrast that contract to Green Bay’s Aaron Rodgers. The Packers’ general manager, Brian Gutekunst, restructured Rodgers’ deal just before the end of the 2019 season to provide badly needed cap space for 2020. By doing so, however, a 39-year-old Rodgers will have a cap charge of $39.85 million in 2022.

Lynch went from Fox broadcaster to 49ers general manager in 2017. Only seven members of the 53-man roster were inherited by Lynch.

“I never thought you could equal the feeling of going to the (Super Bowl) as a player,” said Lynch, a star safety who is a Hall of Fame finalist, “but this one’s just as good.”

How The ‘Warm Blob’ Caused A Surge In Whale Entanglements