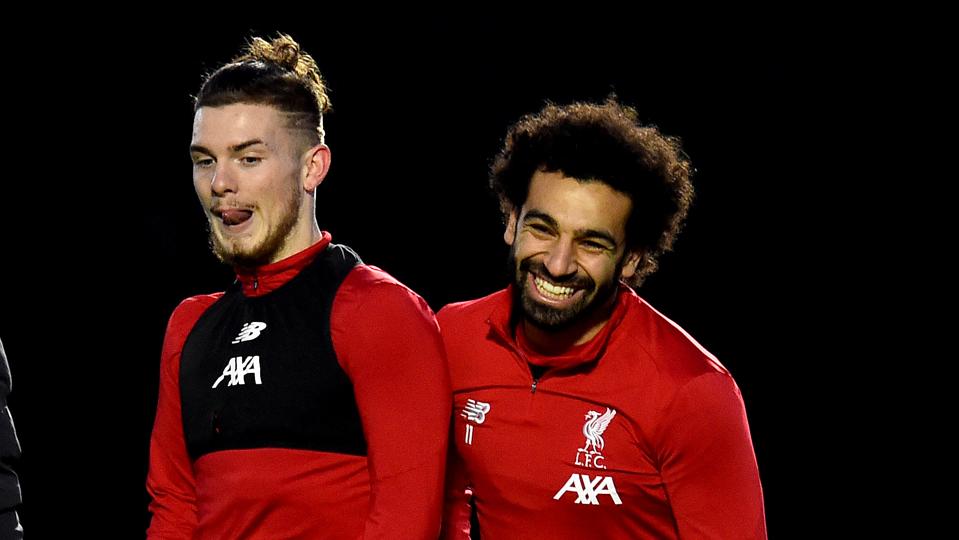 Liverpool winger Harvey Elliott only turned 17 in April, but already has Club World Cup and UEFA Super Cup winners medals to his name.

The Fulham youth academy product who became the Premier League’s youngest player while at the London club in May 2019, just 30 days into his 16th year, is highly regarded both at Liverpool and across Europe.

When his youth contract at Fulham expired, Chelsea, Arsenal, Manchester City, and Paris Saint-Germain were among the clubs vying for his signature, along with Real Madrid and Liverpool.

As reported by the Athletic’s James Pearce, Real made a move for the youngster in the summer of 2019, inviting him to their Santiago Bernabéu Stadium, letting him soak in the history and prestige of Spain and Europe’s most successful club.

A year earlier, Real had defeated Liverpool in the 2018 Champions League final in Kyiv, a match which saw the Reds’ star player, Mohammed Salah, taken out of the game after half an hour by what can only be described as an armbar takedown by Los Blancos defender Sergio Ramos.

Not spotted by the referee, Salah left the pitch and Liverpool eventually lost the game as Real scored three in the second half. 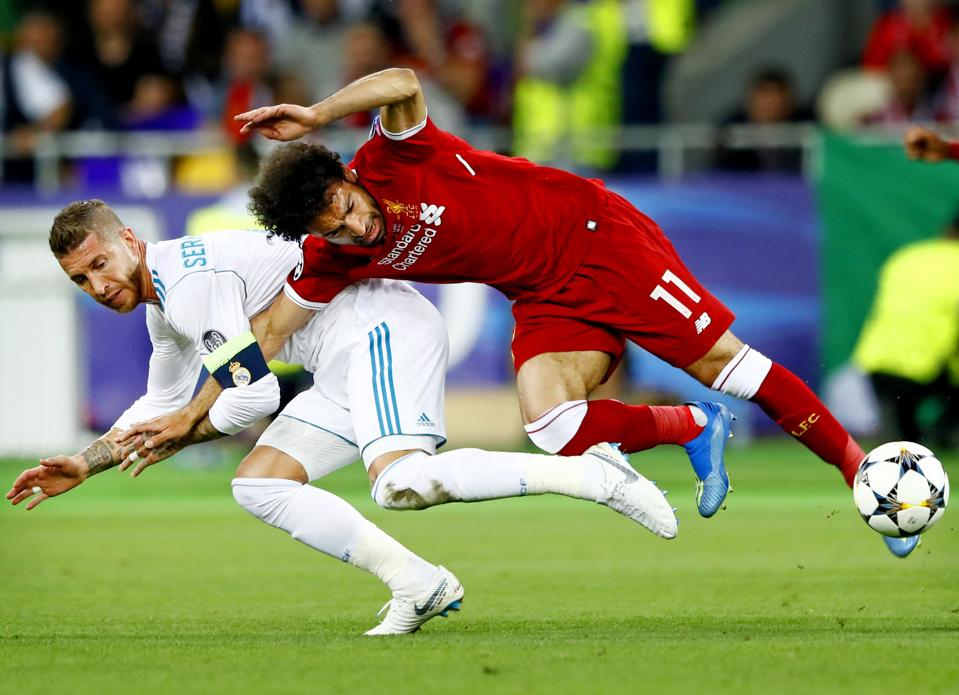 (L-R) Sergio Ramos of CF Real Madrid, Mohamed Salah of Liverpool FC during the UEFA Champions League … [+] final between Real Madrid and Liverpool on May 26, 2018 at NSC Olimpiyskiy Stadium in Kyiv, Ukraine(Photo by VI Images via Getty Images)

On entering the home locker room as part of his Bernabéu tour, Elliott was shown the shirt of Real’s captain, Ramos, and asked if he would like to meet the club legend.

“No, it’s OK, thanks,” said Elliott, as reported by Pearce.

“I don’t like him after what he did to Mo Salah.”

What Real might not have known is that Elliott is Liverpool fan, and the teenager eventually chose to make a move he had long dreamed of, ignoring advances from the biggest clubs on the continent as well as the then Premier League champions Manchester City, to move to Anfield.

The willingness of Liverpool head coach Jürgen Klopp to offer first team chances to young players was a big part of the decision, and the club are set to offer Elliott a new three-year deal—the longest a player under 18 can sign—at the end of the current season.

“It’s easy to be convinced about him when you see him training,” Klopp said after Elliott made his Anfield debut in a League Cup tie against Arsenal in October 2019.

“He is an exceptional talent, absolutely, and he’s a nice kid as well. To see him, how he encouraged the crowd around the corners… I had a couple of moments where I was really touched tonight, to be honest.

“For tonight we can speak about them for as long and as often as you want, that’s great. But they all have to work. The younger you are the longer your career [ahead] will be and they have to prepare for that.” 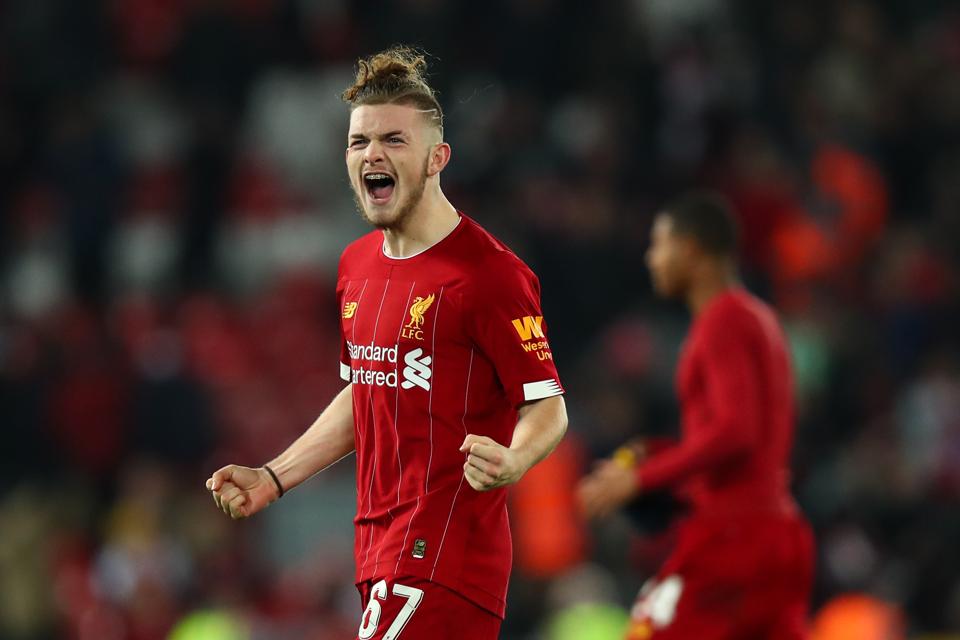 LIVERPOOL, ENGLAND – OCTOBER 30: Harvey Elliott celebrates at full time during the Carabao Cup … [+] Round of 16 match between Liverpool and Arsenal at Anfield on October 30, 2019 in Liverpool, England. (Photo by Robbie Jay Barratt – AMA/Getty Images)

Elliott was also part of the young Liverpool side which faced Aston Villa in the League Cup quarter-final while the senior squad were out in Qatar for their first Club World Cup fixture.

He was one of the standout players in that game—the obvious star in that age group, and one coach Neil Critchley, who managed that young side, believes isn’t far from the senior side.

“He’s not too far away because he trains with our first team on a regular basis,” Critchley said after the game.

“He’s had first-team exposure already, the manager and staff think a lot of him. I thought he was a constant threat all night, a really good outlet for us.”

With an increase in the amount of substitutions permitted when the 2019/20 Premier League season resumes towards the end of June, there might be an opportunity for Elliott to get more first-team minutes, before hoping to become a regular in the matchday squad next season.

Surprise, Tesla Model 3 Is Best Selling Car In California — At Ground Zero It’s No Shocker, Though

BenDeLaCreme Is Spreading Holiday Cheer In Exchange For...