Breaking
Mayo Clinic And Kaiser Permanente Invest $100 Million...
MozCon Virtual 2021 Interview Series: Wil Reynolds
Commodity Spikes May Be Close To Peaking, Futures...
Benefits of Responsive Web Design
ESBC Major Updates: Tons Of Heavyweight Greats Added...
5 On-Demand Courses To Help Develop Your Leadership...
How to Run Nonprofit Marketing Ads
Entrepreneurs Are Bringing Transparency To Home Buying And...
Best Incentive To Get Vaccinated: Money, Messaging, Or...
Page Level Query Analysis at Scale with Google...
How A CIO Can Align IT With Business...
Blogger of the Month: Jo, Girl Eats World
6 Things Women In Business Know That Men...
How to Use First-Party Data for Ad Personalization
Pressing Reset—Putting A Fallen Unicorn Back On Its...
How We Went Viral: Promoting Content with Influencers,...
Home Business How Is Covid-19 Impacting The Preparedness Of The US Military?
Business

How Is Covid-19 Impacting The Preparedness Of The US Military? 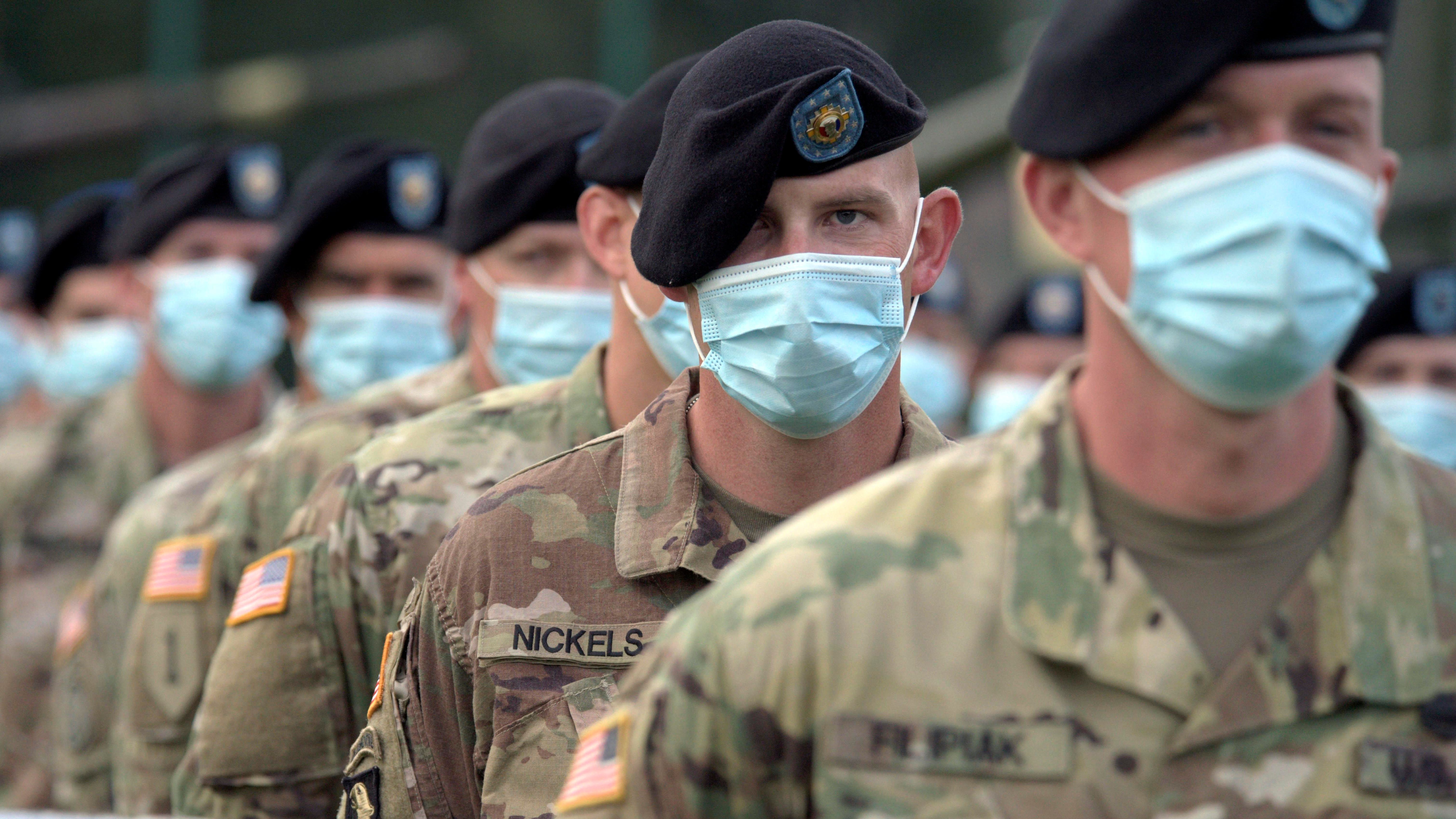 The outbreak of Covid-19 on the aircraft carrier the USS Theodore Roosevelt and the isolation of members of the Joint Chiefs of Staff in October highlight an often-overlooked consequence of this pandemic. Despite these clear indications that members of the armed forces are susceptible to Covid-19, there is a troubling lack of information on the virus’ impact on our military’s preparedness of forces at air, land, and sea.

Transitions between Presidents already pose an increased risk to national security. With Donald Trump still actively trying to change the results of an election he lost, this transition is shaping up to be potentially the toughest transition of power in our nation’s history. This makes knowing whether the coronavirus has impacted our nation’s military’s ability to defend the country even more important.

Yet, the only recent information that we have on the impact of Covid-19 on our armed forces is a laudatory photo-article about successful prevention measures implemented at the Marine Corps Recruit Depot in San Diego published by the New York Times. While it is true that at this one Marine Corps installation there are no known Covid-19 cases, the article paints far too rosy a picture of what is actually happening in our military. At another Marine Recruit Depot, in Parris Island, South Carolina, twenty-four recruits tested positive on day seven of a two-week supervised quarantine on a college campus, and eleven tested positive on day fourteen. Researchers found that spread had occurred within platoons, even though all training activities occurred outside. Why two recruit depots, within the same branch of the military, have had different levels of success with Covid-19 control is unclear.

Outside of these two Marine recruit depots, the numbers of infections in our military as a whole are even more worrisome. Despite the military’s experience fighting infectious diseases for decades and its position as a leader in sanitation and infection control, the US armed forces have a coronavirus infection rate that is 1.5 times higher than the rest of the US population. Over 69,000 members of the military have been infected with coronavirus out of 1.3 million troops. One of the hallmarks of our modern military is the large number of civilians supporting those on active duty. These individuals are suffering too and have recorded almost 23,000 cases. We know that defining features of working in the military is that young men and women are confined to small spaces. But given the military’s ability to implement much stricter infection control measures than the rest of the country, why is the infection rate still so much higher?

Much of the praise surrounding the military’s handling of the coronavirus has come from its low death rate. The death rate among the military is 0.14 per 1,000 people compared to 21.4 per 1,000 people in the general population, or 145 times lower. As of November 18th, 10 members of the armed forces have died of Covid-19. However, this is an unfair comparison given the young age distribution of those in the military and the fact that they are a much healthier group to begin with. The average age of an enlisted member is 27 years old and the average age of an officer is 35 years old. Also, members of the military have access to high quality healthcare that should be provided to all Americans but unfortunately is not.

Back in March, the outbreak of coronavirus on the USS Theodore Roosevelt, provided some of the strongest evidence at the time that the virus can be spread by those without symptoms. On an aircraft carrier with 4,779 personnel, a total of 1,271 crew members became infected with the coronavirus. 43% of the individuals who were infected never had symptoms of Covid-19.

After the announcement that the Joint Chiefs of Staff were quarantining, White House officials told the Department of Defense that they should not inform the public or the media about the status of coronavirus of Pentagon leaders. While the Department of Defense has questioned this direction, there is still far too much that we do not know about how Covid-19 is affecting our military’s readiness to defend the country.

The only information that we have received about Covid-19 and the military has assured the public that they have the situation well in hand. But this just does not match up with the numbers of infections we are seeing. Given the high infection rates and the fact that soldiers are vital to our national defense, it is reasonable to discuss publicly whether the military should be among the first to receive the vaccine that might be mere weeks away.

As the coronavirus situation in the US has gone from bad to worse, with little hope of any semblance of a national strategy for at least another two months when President-elect Biden takes the oath of office, we must ask serious questions about what is happening in our military. We need the military to be more forthcoming about how it is controlling the coronavirus within its ranks. If there are problems, what can we do to address them? Especially during this tenuous time in our country’s democracy, the public needs assurances that the coronavirus has not hindered our military’s ability to protect us.