Breaking
OpenSooq, The Best Website to Buy Used Cars...
Hot Tips to Reduce MacBook Pro Fan Noise
How to Make the Most Out of Your...
7 Examples Of Using AI For SEO
Why you Should Always Try the Demo Slots...
How to Launch a New Restaurant Business
Start the Year Debt Free
How to clear a browser cache on a...
Which are the best software providers of slots...
How Investing Can Help You Save For Retirement
Top progressive betting strategies for slot machines
Key Software Tests to Conduct Before Product Launch
Why so many people play slots online in...
Why businesses should prioritise Cyber Security
What You And Your RTO Business Need To...
4 SEO Trends for Websites You Should Not...
Home General How Itamar Medical Stock Could Triple
General 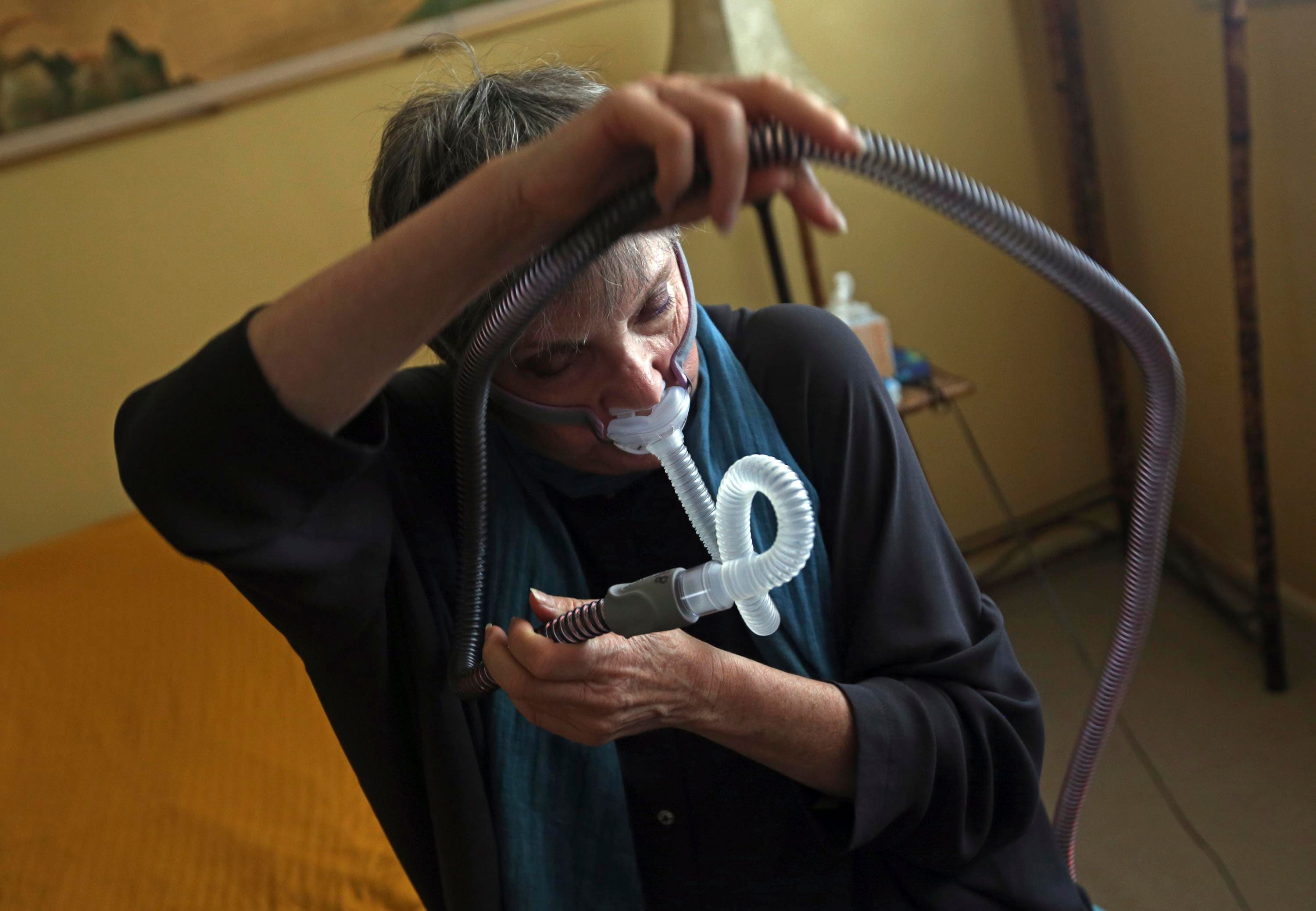 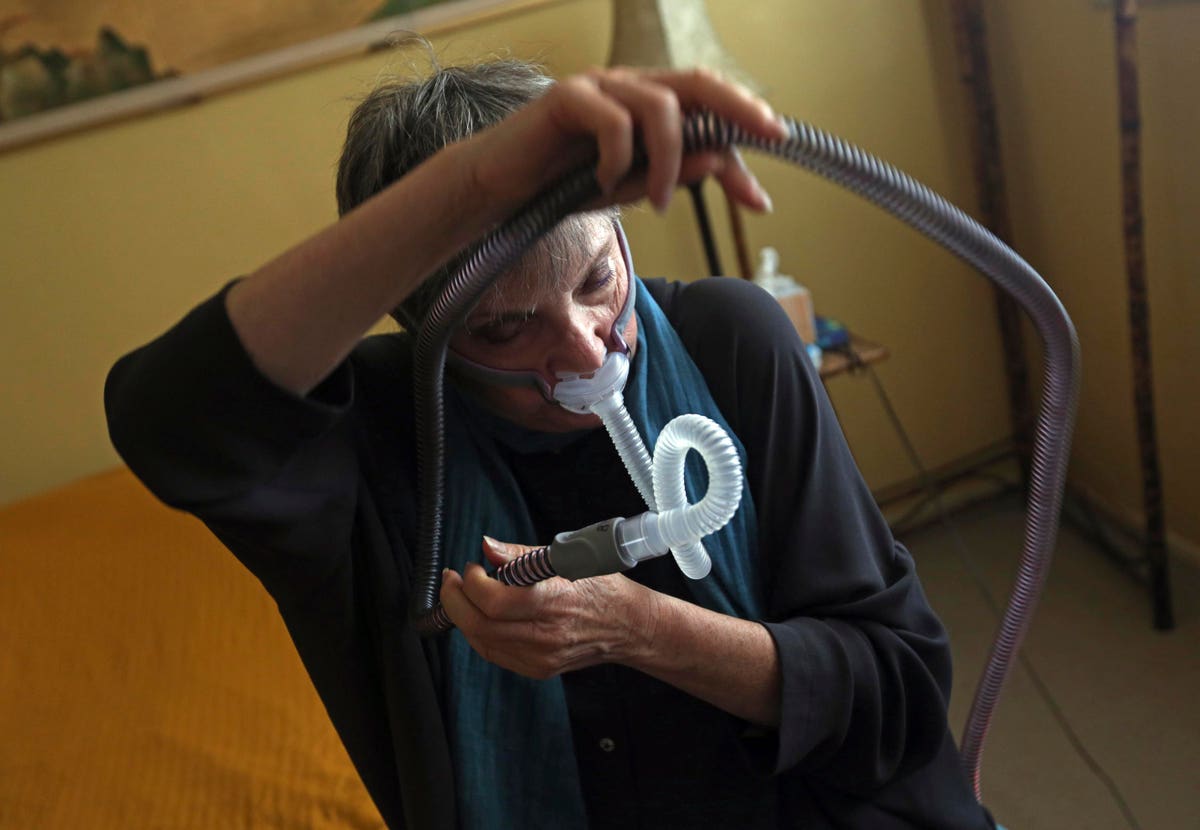 A public company with a sub-$1 billion market cap, struggles to get investors’ attention. To exceed that threshold, the CEO must grow the company’s top line faster than 30% without consuming too much cash while beating and raising analysts’ quarterly forecasts along the way.

That tall order comes to mind in considering the fate of Caesarea, Israel-based Itamar Medical, a sleep apnea testing company, with a $356 million market capitalization that recently acquired Spry Health, maker of “a wrist wearable” that tracks and sends data to doctors while a patient sleeps.

Should you buy Itamar’s stock? While I admire CEO Gilad Glick’s mission, the company must overcome significant challenges to surpass $1 billion in market capitalization.

Nevertheless, its valuation has increased at nearly a 30% average annual rate since Glick took over. He aimed its core product at a bigger market opportunity and if he can monetize the company’s latest acquisition and keep Itamar’s revenues growing faster than 30%, its stock could hit $70 by 2026.

Itamar Medical invents and markets medical devices that diagnose and monitor sleep breathing disorders. Its most significant product is WatchPAT, a mobile device that patients can use at home to diagnose sleep apnea.

Itamar’s revenue growth is speeding up but it is burning through cash. In the last three years, its revenues have grown at a 19.2% compound annual rate, according to Morningstar.

Its top line growth is accelerating — rising 26% to $11 million in the third quarter of 2020, according to a November 2020 press release from the company. The growth was driven by the popularity of its WatchPAT product — whose revenues rose 55% to $8.9 million in the quarter.

Its cash position could be stronger. Itamar held $25.1 million in cash at the end of September having burned through $12.5 million during the quarter, according to the release.

Itamar sees a large untapped market opportunity. As Glick said, “We continue to believe that the shift to home-based care has accelerated our plans of reaching many of the 80% undiagnosed patients estimated to have sleep apnea in the U.S. and other parts of the world.”

Can Itamar grow enough to triple its stock market capitalization north of $1 billion? I think the answer depends on the strength of its growth strategy. What follows is my assessment of that strategy’s five key elements.

The starting point for leading a company is the CEO’s strategic mindset. As I wrote in Goliath Strikes Back, companies can achieve significant growth if their CEOs have Create the Future or Fast Follower mindsets. They are in trouble if their CEO has a Head in the Sand mindset.

Glick sees himself as a Create the Future CEO. As he explained in a January 19 interview, “I am a visionary. My eyes are focused on the 80% of 60 million Americans who are undiagnosed for sleep apnea. Everything we do is aimed at chipping away at that target of improving the diagnosis and treatment of sleep apnea safely. Achieving results is a slow process. We hire people who share that vision and execute to give patients a better life.”

Glick says CEOs who are aiming at a long tenure — which will make them willing to self-cannibalize — are more likely to have a Create the Future mindset. Conversely, CEOs who do not expect a long tenure are likely to keep their Head in the Sand because they do not want to put their bonuses at risk by investing for the longer term — which would jeopardize the company’s ability to meet short-term financial targets.

Glick — who joined Itamar in July 2013 after 19 years at J&J — has a long track record of boosting the scale of the businesses he runs. As he told me last September, he worked at Biosense Webster for 18 months before Johnson & Johnson JILL JNJ acquired it for $400 million. Over the next 19 years, Glick helped boost its sales from $1 million to $1.5 billion by the time he left. The company went on to snatch 50% of the $6 billion Atrial Fibrillation [AFib] management system market.

Since joining Itamar, its stock market capitalization has increased at a 29.8% compound annual rate from $50 million to $356 million as of January 22. Were Itamar’s market value to keep growing at that rate, it would top $1 billion by 2026.

To realize its vision, Itamar will need access to capital. And to do that, Glick believes that it must increase its market capitalization above $1 billion. Should it slow down its growth to generate positive cash flow or grow as fast as it can without regard to burning cash?

Itamar is seeking an optimal balance between the two. As Glick said, “Which kind of investor do you want to attract? A value investor who focuses on profitability or a growth investor seeking companies with fast top line growth?”

The growth company he cited is iRhythm Technologies, a cardiac arrhythmia diagnostics company. It has “a [$7.2 billion] stock market capitalization — is valued at [nearly 28 times] sales; grows at 30% to 40%; its revenues per quarter are $70 million as it burns through $20 million in cash,” he said.

The value company he cited has a much lower market capitalization. “Semler Scientific [— which makes a four-minute in-office blood flow test —] is not growing as fast, but it’s profitable.”

Semler’s market capitalization is $606 million — 20 times sales, its net profit margin is 32% while its revenue growth in the most recent quarter was 21% — a big slowdown from its three year 64% average annual growth rate, according to Morningstar.

Glick’s goal for Itamar is somewhere in the middle — he wants the company to breakeven while growing at 30% to 40%.

Product/Customer Focus: Developing New Market Of Cardiologists Who See Sleep Apnea As A Cause of AFib

To achieve this goal, Itamar recognizes the need to target a market opportunity in the billions. “You must target a large market — $500 million in revenue is not enough because even if you get half the market, investors will see limited growth potential. [One key question is whether to target] a well established, already penetrated large market or one that is underpenetrated with significant potential?”

Itamar chooses the latter. As he told me last September, the key to reviving Itamar was trying to convince cardiologists — of which there are 35,000 — [far more than the] 5,000 sleep doctors to buy its product.

By targeting cardiologists, Itamar expanded the size of its market opportunity. In order to develop the market, however, Glick chose to focus on the most influential cardiologists. As he said, “We start with the thought leaders who influence their peers by publishing their clinical data and study findings which they also share through continuing medical education (CME) webinars that we sponsor for 400 doctors in the U.S. that is watched by thousands.”

Customer Value Proposition: Works Better At 10% Of The Cost

While it is easy to say you will target a large market, how do you win customers — especially in a market that is developing?

Itamar could not simply talk to customers and ask them what they needed because they did not know. “You can talk to doctors, administrators, nurses, executives in charge of respiratory therapy, and chief financial officers. But if you ask [cardiologists] what they need when it comes to diagnosing and monitoring sleep apnea, they don’t know themselves.”

To win market share, a company like Itamar must supply products that work far more effectively than the ones offered by incumbents. For example, WatchPAT costs $200 — around 10% of the cost of an overnight stay in a sleep lab [sleep doctors’ approach to sleep apnea diagnosis]. And the experience for the patient is far less stressful.

Of course, patients do not choose these treatments — doctors do. To persuade sleep doctors and cardiologists to prescribe the WatchPAT, Itamar had to demonstrate that it could satisfy the physician’s purchase criteria. These include the strength of clinical evidence, the availability of reimbursements from insurers, and the quality of service.

Itamar was able to show cardiologists that its WatchPAT could help make an AFib risk factor go away. Before Covid-19, 90% of sleep apnea tests happened in the sleep clinic, only 10% were done via WatchPAT. Since Covid-19, sleep labs [where patients are diagnosed by spending a night in the hospital hooked up to diagnostic equipment] have closed down which has been a big boon for us,” he said last September.

To develop new products that customers are willing to buy, Itamar partners with customers in every step of the product development process. As Glick explained, “We involve customers in requirements development, design, validation, clinical testing, launch, commercialization, marketing, reimbursement, and regulatory approvals.”

Itamar’s technological forte — Peripheral Arterial Tone (PAT): the ability to measure changes in the patient’s peripheral arterial pulse volumes — will be put to the test as it works to monetize its acquisition of Spry Health.

As Glick explained, the acquisition will be a “game changer. A wearable will be on [the patient’s] wrist as [they] sleep and it will feed doctors the data they need to see if the treatment is working. Patients, doctors and mostly…the healthcare system [will be better off] because untreated sleep apnea negatively affects treatments for heart disease.”

Yet Itamar does not expect to commercialize Spry’s product until 2022. “Like the WatchPAT, we will sell the Spry product to sleep doctors and cardiologists. It will offer doctors the same financial motivation. The Spry product was developed over 10 years for smokers who suffer from COPD [Chronic Obstructive Pulmonary Disease],” Glick said.

Technical hurdles must be overcome before the Spry product can work for sleep apnea monitoring. “While our algorithms monitor blood vessel behavior in the finger, Spry’s product goes on the wrist. We will apply our knowledge of how blood vessels behave to develop a wrist monitoring algorithm for the accumulated disease burden of sleep apnea. We will do clinical trials and get clearance from the FDA which we expect to happen in 2022,” he explained.

Can Itamar triple its market capitalization and surpass the $1 billion threshold needed to get more attention from investors?

H.C. Wainwright analyst Ram Selvaraju reiterated a Buy rating on Itamar Medical on January 14 — but his price target of $30 is short of the roughly $70 a share needed to reach that goal.

If Glick’s bets on sleep apnea pay off, perhaps that goal will be achieved by 2026.

How To Cash In On Biden’s Stimulus With This 6.6% Dividend