Breaking
How to Run Nonprofit Marketing Ads
Entrepreneurs Are Bringing Transparency To Home Buying And...
Best Incentive To Get Vaccinated: Money, Messaging, Or...
Page Level Query Analysis at Scale with Google...
How A CIO Can Align IT With Business...
Blogger of the Month: Jo, Girl Eats World
6 Things Women In Business Know That Men...
How to Use First-Party Data for Ad Personalization
Pressing Reset—Putting A Fallen Unicorn Back On Its...
How We Went Viral: Promoting Content with Influencers,...
Blame Olympic Record Price Tag For Return To...
Apple iOS 14.5 Release: Should You Upgrade?
How to Come up with Podcast Topics and...
Why Gaming Gear Company Razer Launched A $50...
Technical SEO Implementations to Increase the Impact of...
30 Brilliant Ways to Market Your Eco-Friendly Shopify...
Home Business How Lady Gaga Revives Pop With Her New Album ‘Chromatica’
Business 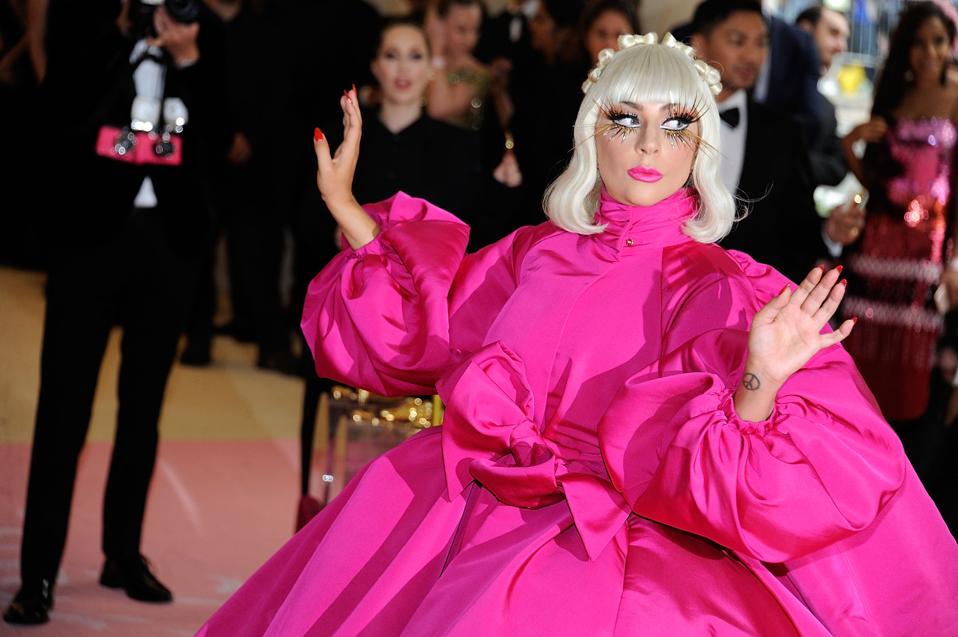 NEW YORK, NY – MAY 06: Lady Gaga attends the The 2019 Met Gala Celebrating Camp: Notes On Fashion … [+] at The Metropolitan Museum of Art on May 6, 2019 in New York City. (Photo by Rabbani and Solimene Photography/WireImage)

In the last few years, pop music has subtly drifted away from the spotlight and other genres (like hip-hop, urbano, reggaetón, etc.) have risen to the forefront.

Though the genre is not dominating the music scene today, pop music has still had its fair share of notable moments in recent years with stars like Billie Eilish, who stole teenage girls’ hearts everywhere with her dark motifs and edgy persona, Ariana Grande, who grew into herself as an artist and became her most candid self yet with her album Thank U Next, and Taylor Swift, who continuously brings star power and anticipation to every record release — especially with her last (very romantic) studio album, Lover.

Each artist has made their esteemed strives, but there hasn’t been a pop star that has fully revived the genre to its fullest capacity in the last few years.

Lady Gaga, who has had over a decade run in the industry, has shown her range with various projects, including The Fame Monster (synth-pop), Joanne (country) and even the Star Is Born soundtrack (musical drama). She’s gone from everything to full Artpop queen to stripped down, no alter-ego Joanne to full-fledge actress, garnering an Oscar for Best Original Song for “Shallow.”

There’s really no pop star quite like Gaga in terms of versatility, and she only continues her consistent streak with her latest album, Chromatica.

Born Stefani Joanne Angelina Germanotta, the singer-songwriter comes full circle with her most recent project, seamlessly modernizing her electro-pop sounds derived from The Fame and The Fame Monster.

Not only is the set a perfect mix of catchy dance beats and dramatic production, it also displays Gaga’s vulnerability without reservation.

Divided into three sections, the pop star addresses various themes personal to her heart, creating an inside glimpse into her world. In “Rain on Me” with Ariana Grande, the duo touch on persevering despite troubles and tribulations. Though the rain — used as a metaphor to suggest an overwhelming amount of misfortunes occurring simultaneously — comes shattering down on her, Gaga points out that she’s just happy to be “alive,” insinuating that she’s getting through the hardships despite wanting a sunnier, brighter day. Don’t rain on Gaga’s parade!

In other songs “Free Woman” and “Fun Night,” she resonates similar tones, sharing her battle with happiness due to life’s adversities. Nonetheless, there’s still a sense of optimism in the first facet of the LP.

As listeners venture off to “Chromatica II,” the second portion of the set containing more somber tones, they’ll find Gaga in a darker place. Though her collab “Sour Candy” with Blackpink is fun and uptempo, other songs like “911” “Plastic Doll” and “Replay” shed light on personal struggles with addiction, trauma and perfectionism — all which she’s endured during her 10-plus long career.

The trek with Gaga is rewarding and hopeful because one of pop’s most influential figures lands in a place of peace in the third and final act of the album. Beginning with a hopeful instrumental, the overall tone transitions into themes of healing, resilience and strength. With assistance from the legendary Elton John on “Sine From Above,” the cinematic tune was a much overdue collaboration. The abstract lightheartedness is felt in this song, as well as “1000 Doves” and “Babylon,” which conclude the project with vigor.

The overall piece of art is cohesive and layered with raw confessions pertaining to mental health and self-love. The bravery in her songwriting, the effort in honing electro-pop perfection and the transitions between tracks make it pop’s strongest album of the year. Lady Gaga not only revisits her roots as an artist, but she reminds pop music aficionados how much the genre misses both vulnerability and true production value simultaneously — a difficult feat to achieve as a pop artist today.

While pop music is mainly known for its catchy tunes, Gaga proves that pop music can have history and depths to it and we witness that with her evolved artistry on Chromatica. The pop powerhouse digs deeper to tell her unique truth, committing fully to who she is and proving it can pay off in the most rewarding way. Her self-awareness, her candid accounts and her motivation to challenge herself personally and professionally make pop music refreshing again.

How To See The ‘Manhattanhenge Effect’ Every Evening Through July 12