How Major League Baseball Lost The Heart Of Baseball 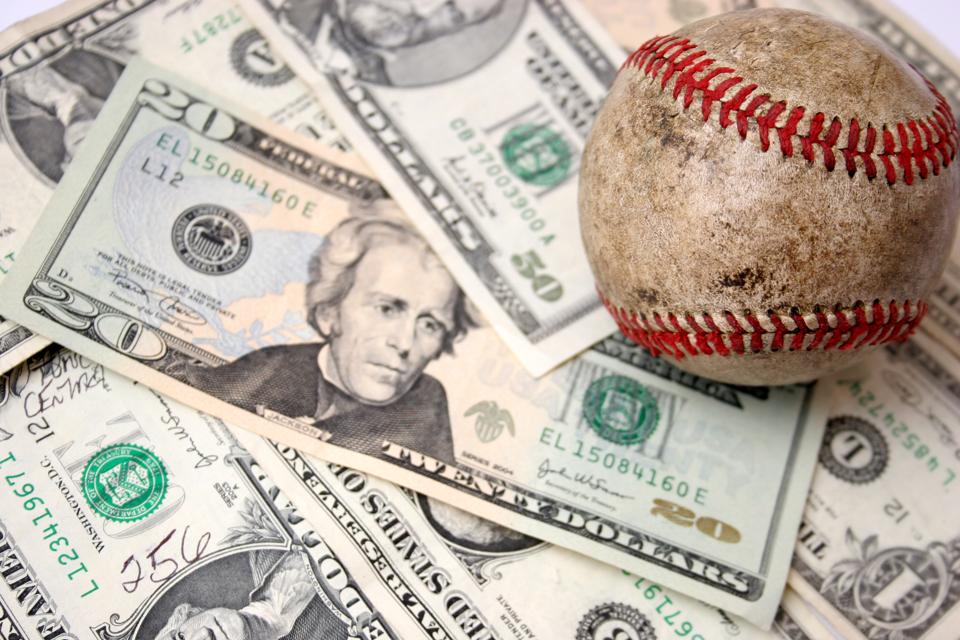 Is Major League Baseball about baseball? Or is it about the business that supplies baseball?

If the pandemic and the social unrest embroiling the country has shown us one thing, it’s that 2020 is a moment of reflection. From our relationships to our institutions, Americans are taking a hard look in the mirror and asking, “What do we stand for?”

As institutions go, baseball has been one of the longest in the history of this country. For good or bad, as Terence Mann said in Field of Dreams, “baseball has marked the time.”

I, and likely you, love the romantic elements of the game. The warm summer breeze. The pace that allows us to slowly take in what is happening before it is punctuated by extreme action. The green and brown of the field. The joy of the players who engage in it.

But Major League Baseball does not encompass all of baseball. At its heart, it has, and will always be a business. I adore watching the greatest players in the world play. It is part of my being. But events of the last few months have simply reminded me that there is the business of baseball, and it is in that order: business, first. Baseball, last.

As one example, MLB had the chance to lead this past week and failed. While it is fair to say that statements that have been gone over by lawyers and those in PR can smack of jumping on the bandwagon, the league that prides itself on promoting Jackie Robinson each year, was the last to release a statement on the matter of racial equality in the wake of the George Floyd killing. And when it did, it was vague and flat. “We want to be better, we need to be better, and this is our promise to do the work,” without saying what it was that needed to be better at. What, exactly, is that work you promise to do?

But you say, the league has Reviving Baseball in Inner Cities (R.B.I.) initiative that is designed to help inner-city kids get involved in baseball. Is that genuine? I would say that knowing many in the front offices of not only the Commissioner’s Office, but clubs around the country, I believe that most all within those walls believe that to be true. They do care. They do want to help. Major League Baseball as an institution? I’m not so sure.

But you say, African-American players will be developed and turned into Major Leaguers through the program. Let’s remember that the plan to knock down the minor league affiliates by more than 40, and with it, a reduced number of rounds in the draft, will see the number of college scholarships reduced — the opportunities for those players are lessened. In that, is the program really about getting African-Americans to play the game, or grow them into another click through the turnstiles and money in the owners’ pockets?

To be fair, this isn’t something specific to Rob Manfred and the current owners. Sure, the current list of owners is more investors than the Bill Veecks of the world that once invested in MLB franchises as part of the love of the game, first. But make no mistake, since the inception of Major League Baseball owners has been involved in the game for profit. It often can seem like owners have all the passion for the game as a Wall Street investor has for pork bellies. For the owners, clubs – and players – are assets.

And through the continued efforts by the league to make it more efficient, effective, and by extension, profitable, they are – yet again – placing short term business gains over the long term effects it has in growing the game. Whether it has been Bowie Kuhn, Bud Selig, or Rob Manfred, the commissioner has the job of keeping their employer (the owners) happy which allows them to retain their position. In that, there’s always that fine line of landing more on the greedy capitalist side or champion of the game of baseball. Without fail, you know where they almost always land.

Major League Baseball said it wanted to, “be better” and they “need to be better” and that covers a lot more than the here and now. On the social awareness side, what is the response by the league going to be in players start kneeling for the anthem as part of peaceful protest?

On the business side, it has been good to see efforts to grow more diverse within the halls of the league office and clubs, but what about efforts to get more African-American owners, managers, and players?

And finally, when will the overarching structure of the league shift toward doing what is morally right for the players? It’s great that many clubs decided to pay minor league players their stipe ends out past the end of May, but it took players like Sean Doolittle to shame the Nationals into finally doing the right thing. And John Fisher, who has a net worth of $2.2 billion and owns the Oakland A’s, couldn’t commit to paying their minor leaguers while the Miami Marlins, the only club to run in the red last year, will.

Where is MLB’s soul in these actions? Where does the rubber hit the road?

And to be honest, has it actually ever led? The league has always promoted Jackie Robinson as its shining example of being forward thinkers. Of course, that ignores that Jim Crow prevented countless players of color to play at the highest levels of professional baseball with their white counterparts for decades. So, is Jackie Robinson simply an icon for the league to promote? Or is he what the league needs to embody? You’re right, MLB. You need to be better.

Reinforcement Learning: The Next Big Thing For AI (Artificial Intelligence)?

The Netherlands Keeps Going Upstream When It Comes...

How To Develop A One-Page Business Plan