Breaking
2021 CES Consumer Storage
Senator Marco Rubio Called Out Twitter For Its...
The False Narrative Of Bitcoin’s Role In Illicit...
Leading By Example Into The New Year
Why Ethereum Has Hit An All-Time High As...
How You Leave Will Shape Your Legacy
The Next Evolution Of Digital Mental Health Support
Paizo And Pinnacle Team Up For Savage Pathfinder
Mammoth U.S. Borrowing Needs Meet Lower Foreign Participation,...
This Leader’s Work To End The Organ Donation...
SAP BrandVoice: Re-Thinking Tax Reporting And Collection In...
What ‘Backs’ The Dollar? Easy: Production
How To Create A Bulletproof Patent
Here’s The Same Financial Advice Given To Mike...
How AI Is Being Used In The Legal...
Consumer Health And Wellness Needs Bring New Challenges...
Home Finance How Many Will Be Impacted By Secure Act Changes To Traditional IRAs?
Finance

How Many Will Be Impacted By Secure Act Changes To Traditional IRAs? 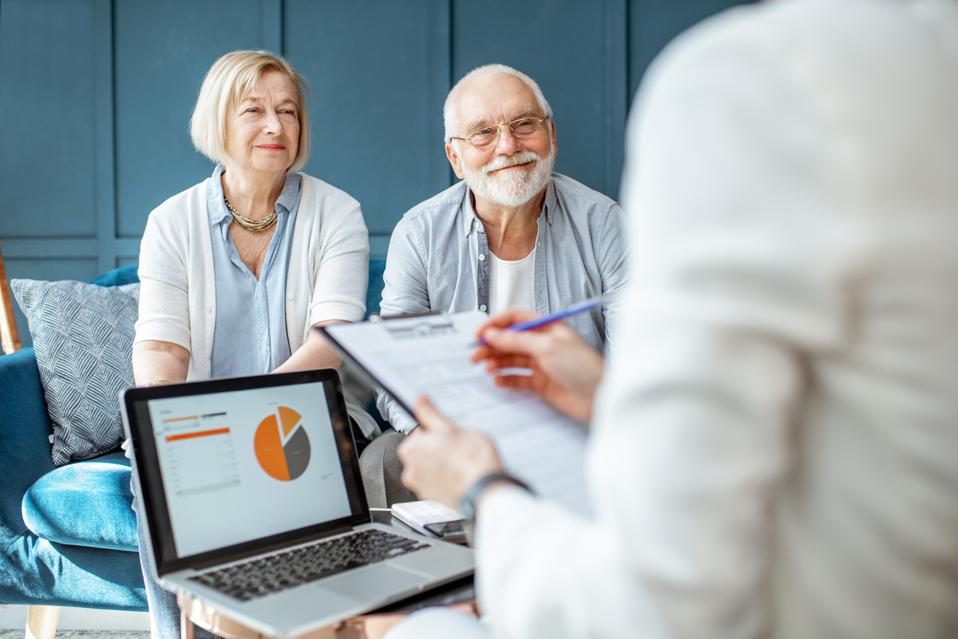 Happy senior couple during the meeting with agent or financial consultant, signing some agreement in … [+] the comfortable office

The Secure Act may delay the impact of Required Minimum Distributions (RMDs) primarily for Traditional IRA holders approaching retirement. RMDs function as you might expect. Essentially, they require you to take a withdrawal from your retirement account once you’re in retirement. The size of the RMD relates to your life expectancy. A lot of the discussion so far has focused on the changes themselves because with the Secure Act RMDs will start slightly later. Here we analyze the breadth of the impact.

Investment Company Institute (ICI) data suggests that the Secure Act changes will likely have an impact on 1 in 3 retirees using Traditional IRAs. In addition, due to another Secure Act change, there will be no age limit on Traditional IRA contributions, as long as you have income. That contribution change may help a smaller number, about 1 in 20 account holders. There are other changes with the Secure Act too such as letting graduate students contribute to IRAs or allowing long-term part-time workers to have a 401(k), but those changes are unlikely to impact retirees, or those close to retirement.

Typically, just over 1 in 5 of Traditional IRA holders aged 60-69 take a withdrawal from their IRA based on 2016 ICI data. Those early retirees are unlikely to be impacted by the Secure Act. That’s because they are already making withdrawals before required minimums kick in. As such, changes to minimum distributions likely won’t affect this group. In a sense they are already above the minimum and slight changes to it won’t make much difference.

However, for many over 70, RMDs do have a major impact. We know this because of what happened in 2009, which proved an interesting test case. In 2009, RMDs were not required due, in part, to weak financial markets. This 2009 example provides a good test case as to how much of withdrawals from Traditional IRAs are voluntary, and how many are due to RMDs.

Withdrawal rates from IRAs in years other than 2009 typically averaged around 80% for those over 70 based on ICI data, but in the year 2009 the withdrawal rate fell to just under 50%. Therefore up to approximately 30% of Traditional IRA holders are likely only making withdrawals from their IRAs because the are required to, rather than because they actually need the income each year. We know this because that 30% group didn’t take a distribution in 2009 when they had the free choice. Note there could be an over-estimate here, because someone who can skip a single year of distributions in 2009 may not be able to able to manage without distributions indefinitely.

For this group, the rule changes will make a difference in future. It’s likely that the later start to RMDs to age 72 will be taken advantage of by those working later in life, and the wealthy who have income from other sources. Furthermore, given the Secure Act changes, some of this group may actually chose to contribute more to their IRA rather than withdraw from it.

The bulk of flows into IRAs come from account rollovers, often from 401(k)s or similar plans. Still, about 1 in 20 Traditional IRA holders does make contributions, often at the maximum level allowed. For this group we may actually see a complete flip from taking withdrawals to making contributions.

Therefore, for most people in their 70s, the changes in Traditional IRA rules aren’t going to change things too much. Still data suggests around 1 in 3 will be impacted to some degree mainly by delaying the age at which they take distributions under the new rules.

Of course, here we haven’t discussed the changes to the Stretch IRA, but it’s likely that will impact a smaller group. Nonetheless, for those impacted the impact on estate planning can be significant.