Breaking
ESBC Major Updates: Tons Of Heavyweight Greats Added...
5 On-Demand Courses To Help Develop Your Leadership...
How to Run Nonprofit Marketing Ads
Entrepreneurs Are Bringing Transparency To Home Buying And...
Best Incentive To Get Vaccinated: Money, Messaging, Or...
Page Level Query Analysis at Scale with Google...
How A CIO Can Align IT With Business...
Blogger of the Month: Jo, Girl Eats World
6 Things Women In Business Know That Men...
How to Use First-Party Data for Ad Personalization
Pressing Reset—Putting A Fallen Unicorn Back On Its...
How We Went Viral: Promoting Content with Influencers,...
Blame Olympic Record Price Tag For Return To...
Apple iOS 14.5 Release: Should You Upgrade?
How to Come up with Podcast Topics and...
Why Gaming Gear Company Razer Launched A $50...
Home Business How New Zealand Deputy PM Shut Down Covid-19 Coronavirus Denier: ‘Obviously Got An Education In America’
Business

How New Zealand Deputy PM Shut Down Covid-19 Coronavirus Denier: ‘Obviously Got An Education In America’ 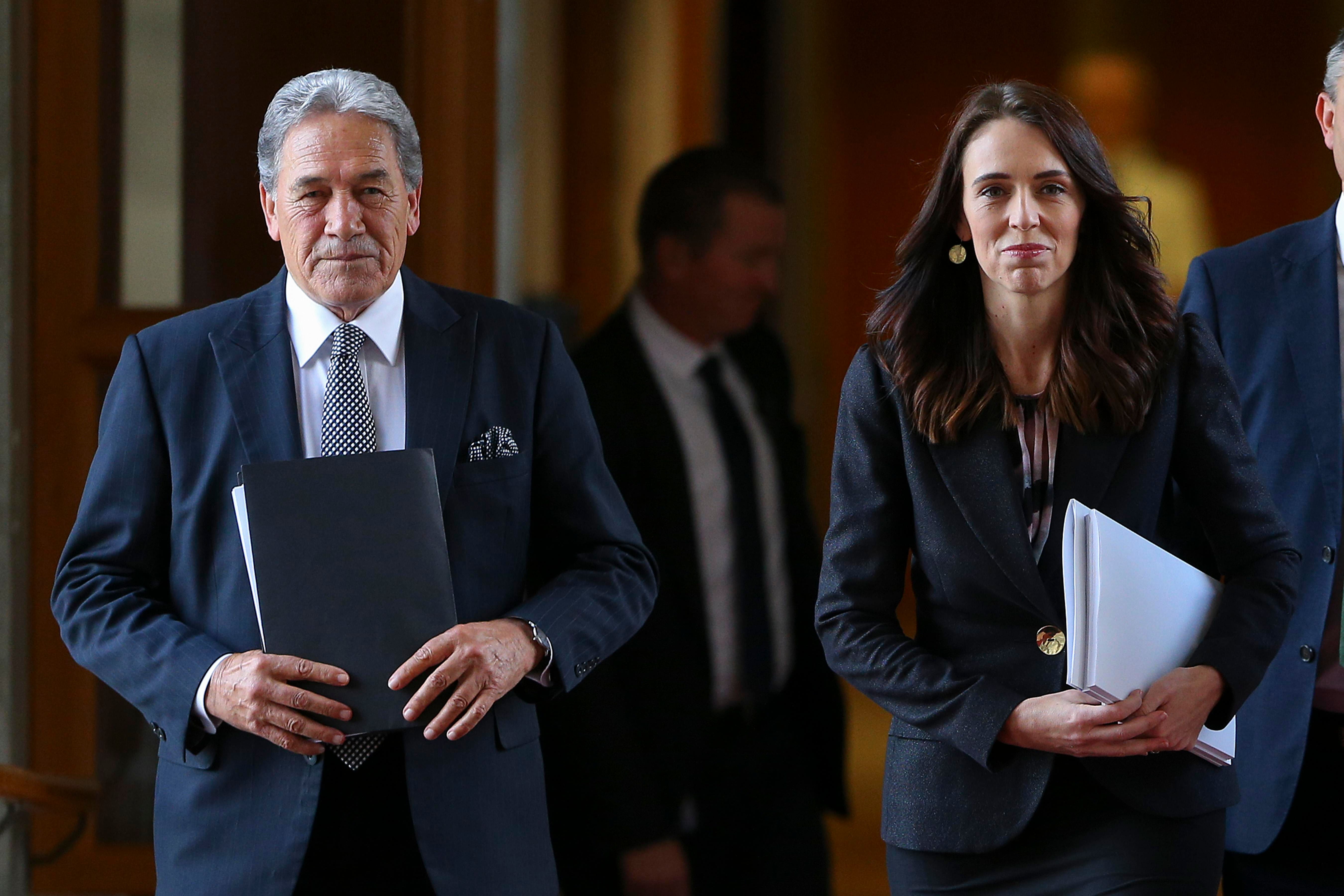 This would not be a good advertisement for an American education. During a campaign event on Wednesday, New Zealand’s Deputy Prime Minister Winston Peters gave a Covid-19 coronavirus denier his version of “bye, Felicia.” During the event, a man with an American accent stood up and asked Peters, “where is your evidence that there is a virus that causes the disease?” This video from 1 News showed how Peters responded:

Then he continued, “we’ve got someone who obviously got an education in America. 220,000 people have died in the United States, there are eight million cases to date, we’ve got 79,000 cases just today, probably, in India, and here is someone who gets up and says ‘the Earth is flat.’ Sorry sunshine, wrong place.”

With that, Peters seemed to tell the man where the sun don’t shine and tried to move on to the next question. Nevertheless, the man didn’t sit down and tried to continue, prompting the following from Peters: “Quiet, we have manners at our meetings as well.” Ouchy times two or maybe three.

“Sorry sunshine, wrong place,” might be a useful phrase for the next Presidential debate, if such a debate ends up occurring and cones of silence haven’t yet been installed. Peters also did show a way to deal with those claiming that the Covid-19 coronavirus doesn’t exist, isn’t that big a deal, or is part of some kind of giant conspiracy that has no real supporting evidence. Peters provided a set of clear facts, the approximate number of cases and deaths in two different parts of the world that haven’t handled the pandemic very well, to show that he wasn’t just quashing discussion. But since there is so much obvious evidence that the pandemic is real and serious stuff, he didn’t spend (or perhaps “waste” is a better word) more time than necessary engaging the man.

It is really important for political leaders to rely on and support real science and scientists. Otherwise, people can end up spreading all kinds of unsupported and potentially dangerous theories such as the Covid-19 coronavirus doesn’t exist, the world is flat, climate change doesn’t exist, morning people are better than night owls, and mac-and-cheese is not yummy. These are dangerous because they can waste time, distract and detract from achieving real solutions, and lead to meetings that are way too early in the morning. Heck anyone can come up with and spread any kind of misinformation and conspiracy theories. Just try starting a conspiracy theory that your state Senator is really a gigantic penguin and see how far you can get with it.

The irony is that this man brought up the question in New Zealand, which has been one of the world’s exemplars when it has come to respond to the severe acute respiratory syndrome coronavirus 2 (SARS-CoV2). New Zealand used a “go hard and go early” response to the pandemic. This included implementing a clear alert system, closing down businesses quickly to keep the virus from spreading and using aggressive testing, contact tracing, isolating, and other measures to rapidly contain the virus. As a recent publication in Lancet Public Health described, “New Zealand’s response resulted in low relative burden of disease, low levels of population disease disparities, and the initial achievement of COVID-19 elimination.”

And it has allowed New Zealand to “return to normal” much more than the U.S. has. For example, while the NFL has had to broadcast fake crowd noise (including the admittedly realistic sounds of Philadelphia Eagles fans booing their own players), New Zealand has been able to pack sporting events with real fans. Just take a look at the following tweets:

The Earth is not flat. The Covid-19 coronavirus exists and can be deadly. Cheese is delicious. These are facts. Denying such facts and science simply keeps everyone from reaching the right solutions and makes for very bad mac-and-cheese.