Breaking
5 car tyre and safety tips for a...
Everything You Need to Know About Corporate Social...
Is Adaptive Leadership the Key to Motivating Employees?
Why business events are set to return with...
Business events set to return with a bang!
Expanding Internationally: 5 Things to Consider for eCommerce...
How the Machine Shop Is Going Digital in...
Sustainable Food Packaging Is Helping the Hospitality Sector...
Top 5 Investment Practices To Make More Money...
Managing IT Requirements for SMEs: 5 Aspects that...
How To Build a Successful Luxury Brand In...
Finding The Best Google AdWords Consultant for Your...
8 Top Tips To Help Your Agricultural Business...
Three Reasons Why Office Décor and Design Are...
Looking To Improve Efficiency In Your Business? Here’s...
AI and machine learning for business
Home Technology How Politics Will Come To Rely On Technology
Technology 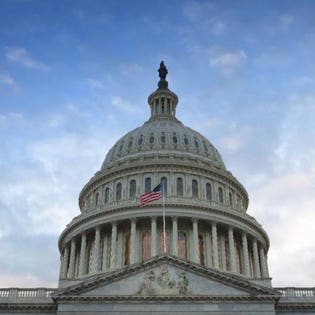 Technology as the new frontier for furthering political ambitions

2016 broke with news of how analytics firm Cambridge Analytica manipulated user data and personal information to influence the U.S. elections. Although that fiasco panned out to be one of the more infamous demonstrations of how political actors can leverage technology, its efficacy and success emphasized just how disruptive technology can be in the hands of competent and willing political actors.

Technology provides this cutting edge through several faucets, the most notable being data analytics and manipulation of digital media. Data analytics, in particular, has in the last few years turned out to be an incredibly potent tool for political actors. It provides these actors with invaluable insights as to the characterization, persona and preferences of their target audiences.

In a way, you could say that analytics has taken away the guesswork from the campaign trail. The modern political actor knows how their audience thinks, understands what they like and is armed with the tools to deliver accordingly.

Connecting the gaps and bridging the divide

Two centuries ago, it took the intervention of the rail service for William Henry Harrison, presidential candidate for the Whig party, to get his message across to the U.S. populace. Harrison was famously known to hitch intercity train rides to deliver speeches and pass on his campaign message to the people.

Today, current U.S. President Donald Trump is directly plugged to his 70 million-plus Twitter subscribers (and indeed, the whole of the United States) via a mobile device, an app (Twitter) and an internet connection.

Technology is obliterating the traditional barriers to interaction and communication in the modern world. That has, in turn, provided an avenue for the creation and survival of online communities, of which politically oriented domains constitute a significant majority. For political actors, this translates to more incisive, effective and, perhaps most importantly, widespread campaign and funding drives. For the general populace, it means the business of connecting with individuals who share similar political orientations is easier than ever before.

As we usher in the new decade — and with the growth of social media hubs and tools like Twitter, podcasts and livestreams — expect this invaluable product of technology (tech as a vector for the propagation of political ideologies and interests) to be exploited even further. The customary trend is that the consumers (political actors, their audiences and the general populace) would always crave for bigger, better platforms and tools to propagate their goals.

Tech startups that can meet this demand will be obvious winners.

Technology has been a blessing to global economics, no doubt, but there are many catches for the numerous positives it delivers.

In the last few years, the world has witnessed the mainstream popularization of hot-button topics like wealth distribution and inequality. While many factors contribute to how these two issues manifest in today’s world, technology continues to play an increasingly more dominant role.

On the front of wealth distribution and inequality, technology plays an increasingly divergent role because its products are currently catalyzing a shift in the mechanics of manufacturing and the labor market. As we have seen in the last few decades, technology is one of the most potent sources of wealth creation — so potent that it has the propensity to create a new hyper-rich social class.

Add that to the fact that the world’s middle class is currently shrinking, and you have yourself a recipe for political instability and resentment. One way to checkmate this would be for businesses, companies and, indeed, the government to implement socially responsible policies that promote an even and fair distribution of resources.

Automation, on the other hand, is finally here to stay, and as many global companies pitch their tents of automation, the impact on the job industry and, by extension, world economies could be massive. Automation, for one, allows more developed nations to shift manufacturing — which is traditionally outsourced to developing worlds — back to home base. A shortage of industries could mean an economic downturn for these economies since the trajectory toward development is one that’s usually trailblazed by industrialization.

The direct consequence of this is a correspondent shift of scarce wealth from developing nations that badly need it to developed countries that, for the most part, have an excess of it, ergo expanding the divide in terms of wealth and resource distribution.

Although the incentive would naturally be to follow this path of using automation to relocate manufacturing, business leaders must realize that developing worlds form a composite part of the world’s economy in terms of being one of the fastest-growing emerging markets and in their role as a source for talent. If their economies are sabotaged, then it becomes almost impossible for them to function in these capacities.

How technology goes on to influence the political ecosphere past its current ramifications on the sector rests on the workings of political actors themselves and, by extension, the general population. It could be for the better or, as we’ve already seen in recent times, for the worst. If the former is to prevail, then it’s up to governments, business leaders and individuals to take the proactive step and respectively regulate, exploit and utilize technology as it evolves in the political ecosphere.

For business leaders, putting technology to best use (or exploiting it) is a factor of spotting the opportunity before it even arrives. Data analytics was once a niche sector with very few applications in politics — that is, until someone purposed it to be a defining factor in U.S. elections. What will the next big break be?