Breaking
Mayo Clinic And Kaiser Permanente Invest $100 Million...
MozCon Virtual 2021 Interview Series: Wil Reynolds
Commodity Spikes May Be Close To Peaking, Futures...
Benefits of Responsive Web Design
ESBC Major Updates: Tons Of Heavyweight Greats Added...
5 On-Demand Courses To Help Develop Your Leadership...
How to Run Nonprofit Marketing Ads
Entrepreneurs Are Bringing Transparency To Home Buying And...
Best Incentive To Get Vaccinated: Money, Messaging, Or...
Page Level Query Analysis at Scale with Google...
How A CIO Can Align IT With Business...
Blogger of the Month: Jo, Girl Eats World
6 Things Women In Business Know That Men...
How to Use First-Party Data for Ad Personalization
Pressing Reset—Putting A Fallen Unicorn Back On Its...
How We Went Viral: Promoting Content with Influencers,...
Home Technology How Renewable Energy Will Make All The Cheap Hydrogen We Need
Technology

How Renewable Energy Will Make All The Cheap Hydrogen We Need 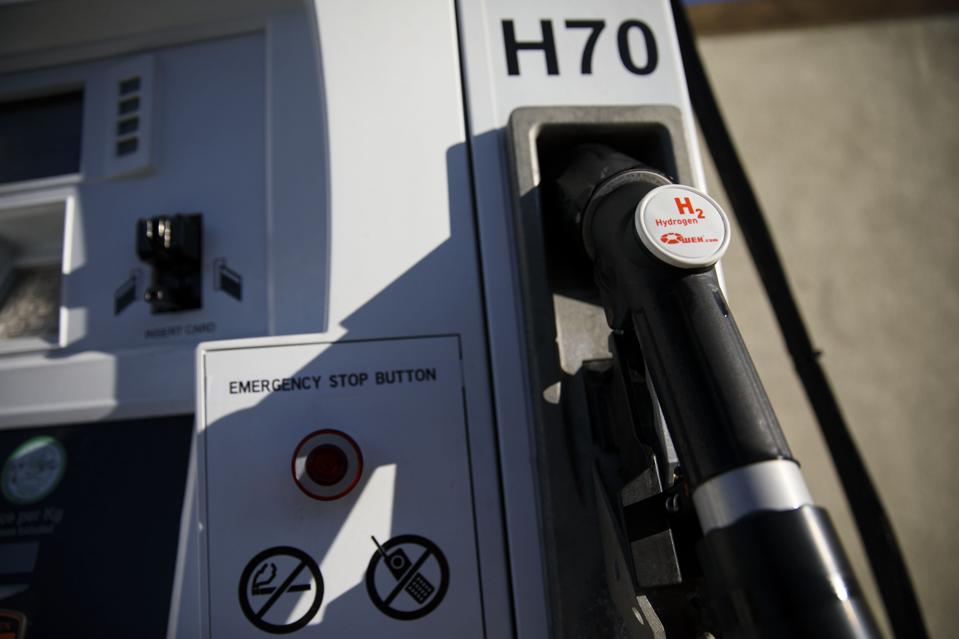 A hydrogen H70 fuel pump stands at the UC Irvine Hydrogen Fueling Station, operated by the National … [+] Fuel Cell Research Center (NFCRC), in Irvine, California, U.S., on Saturday, Feb. 4, 2017. With the blessing of Prime Minister Shinzo Abe, Toyota is at the forefront of Japan’s efforts to use hydrogen and fuel cells to power cars, heat homes and keep factories running. Japan’s enthusiasm for hydrogen contrasts with growing momentum toward electric cars in the U.S. and Europe. Photographer: Patrick T. Fallon/Bloomberg

If the hydrogen economy is to advance, it must receive investment support of $70 billion by 2030. That’s according to the Hydrogen Council, which says that the cost to produce and distribute hydrogen from clean energy sources will fall by as much as 50% over the next decade.

Today most hydrogen is produced in reactions involving coal and natural gas, and is considered “grey hydrogen” that does nothing to limit CO2 emissions. The goal, though, is to produce hydrogen from low-carbon energy sources and to expand its use into the transportation and power generation sectors.

“2020 marks the beginning of a new era for energy: as the potential for hydrogen to become part of our global energy system becomes a reality, we can expect fewer emissions and improved security and flexibility,” said Benoît Potier, chief executive of Air Liquide and co-chair of the Hydrogen Council. “A clean energy future with hydrogen is closer than we think because the industry has been working hard on addressing key technology challenges.”

Two key drivers are working in green hydrogen’s favor: the cost of renewables continues to fall while the urgency to reduce greenhouse gas levels has picked up steam, all under the banner of the Paris climate agreement. Hydrogen from renewable power is technically viable today, says the International Renewable Energy Agency (IRENA), noting that its price will one day be on par with that of “grey hydrogen” from coal and natural gas. Green hydrogen is already more cost-effective than “blue hydrogen” that utilizes carbon capture technologies.

“What we see as an opportunity is to scale up to reduce the cost of electrolyzers,” says Emanuel Taibi. head of Power Sector Transformation Strategies for IRENA’s Innovation and Technology Center, in a talk with this reporter at the World Future Energy Summit in Abu Dhabi last month. “It is still small-scale and hand-made. If we can industrialize those, we can increase the scale 5-to-10 times.” 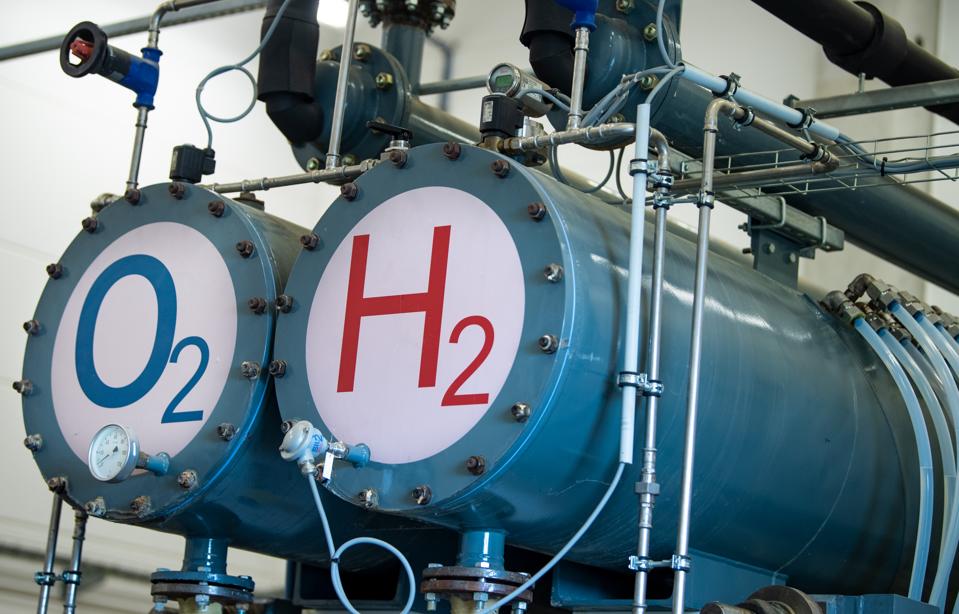 The device creates an electric current that serves to split apart the hydrogen and oxygen from the water where it is found. The agency says that the progress will be gradual, with the cost of electrolyzers to halve in 2040 — from $840 per kilowatt to $420 per kilowatt. At the same time, it says that the price of renewable energy will keep falling and create a compounding effect that will eventually make green hydrogen economical and prevalent.

IRENA notes that significant energy losses occur when hydrogen is produced and transported: as much as 70% of the energy content may get lost, although that figure is less consequential if the hydrogen is created from solar power that is abundant and free. The agency concludes that per unit of energy, hydrogen supply costs are now 1.5 times to 5 times those of natural gas.

But it says that the trials-and-tribulations tied to creating hydrogen are worth it — no matter the fuel that is used to do so. That is because it is all helping to build out the needed infrastructure to carry the hydrogen to where it will ultimately be consumed. That will reduce the need for new infrastructure investment, accelerating the transition from “grey hydrogen” to “green hydrogen.”

“Once you produce the hydrogen from whatever source, you are scaling up the infrastructure: pipelines, ships and fueling stations,” says IRENA’s Taibi. “To get green hydrogen competitive, we need to scale up electrolysis.” Major industrials are intensely interested in this topic, he adds, noting that the UK’s Royal Dutch Shell, Italy’s Synam, France’s Engie, Thailand’s PTT Public Co. and U.S.-based Cummins Inc. are investing in the hydrogen economy.

Meantime, the Los Angeles Department of Water and Power is supporting the conversion of a 1,800-megawatt coal facility in Utah to a 840-megawatt plant that will run on both natural gas and hydrogen by 2025; it would run fully on green hydrogen by 2045. The so-called Intermountain Power Project supplies electricity to LA.

Corporate interest is a must, especially to reach the Hydrogen Council’s investment goal of attracting $70 billion over the next decade. “Grey hydrogen” production is here. But “green hydrogen” creation may be coming sooner than most people think, especially as the world grapples to fulfill the terms of Paris and as renewable energy prices fall.