Breaking
ESBC Major Updates: Tons Of Heavyweight Greats Added...
5 On-Demand Courses To Help Develop Your Leadership...
How to Run Nonprofit Marketing Ads
Entrepreneurs Are Bringing Transparency To Home Buying And...
Best Incentive To Get Vaccinated: Money, Messaging, Or...
Page Level Query Analysis at Scale with Google...
How A CIO Can Align IT With Business...
Blogger of the Month: Jo, Girl Eats World
6 Things Women In Business Know That Men...
How to Use First-Party Data for Ad Personalization
Pressing Reset—Putting A Fallen Unicorn Back On Its...
How We Went Viral: Promoting Content with Influencers,...
Blame Olympic Record Price Tag For Return To...
Apple iOS 14.5 Release: Should You Upgrade?
How to Come up with Podcast Topics and...
Why Gaming Gear Company Razer Launched A $50...
Home Business How Ryan’s YouTube Playdate Created An Accidental (Eight-Year-Old) Millionaire
Business 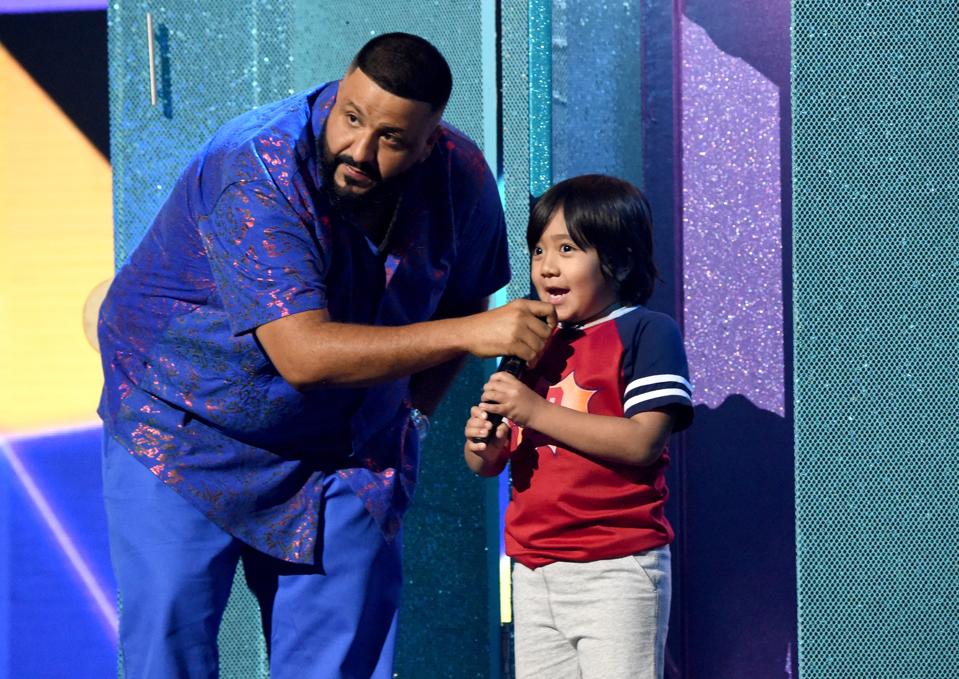 The namesake star of Nickelodeon’s preschool hit Ryan’s Mystery Playdate appears on set in a bright orange space suit ready to embark on an imaginary interplanetary adventure with his parents.

With a snap of the clapboard his mother, Loann, offers up the skit’s opening line — “Spaceship to aliens…” — before her then-7-year-old cuts her off: “It’s ‘Mothership to aliens…,” her son corrects, stopping production and the 58-member TV crew behind it.

Ryan shrugs off the admonition. He routinely memorizes everyone’s lines, and will sometimes be caught on camera mouthing dialog along with his parents — forcing the occasional re-shoot. His father, Shion Kaji, jokes that if he hesitates even slightly with his delivery, he worries Ryan might steal his lines.

“I have a lot of words,” Ryan says in his own defense.

Not that he needs to defend himself. One of the leading child influencers on the planet, his Ryan’s World YouTube channel boasts 24 million subscribers, and Forbes estimates he earned $26 million in 2019, enough to make him the country’s highest paid YouTuber.

Kaji’s mindshare among preschoolers is so big that ViacomCBS network came running to him in its bid to stem the outflow of child viewers. Two years ago Nickelodeon turned to Pocket.watch, a digital studio devoted to turning YouTube stars into global franchises, to bring Ryan to the kids’ TV network that’s been home to such iconic children’s characters as SpongeBob SquarePants and Dora the Explorer.

Welcome to the new world of children’s television. Once the domain of educators, pediatricians and psychologists concerned with fostering child development and school readiness, the D.I.Y. culture of the internet has thrown open the doors to anyone with an attention-grabbing idea. Sure, you can still find Big Bird on TV (though the feathery Sesame Street icon has moved his nest to HBO) and reruns of Mr. Rogers’ Neighborhood online. But those classics are getting crowded out by shows like JibJab’s Gregg and Evan Spiridellis, whose StoryBots monochromatic robot characters were born on YouTube and now live on Netflix, or the husband-and-wife duo, Derek and Cannis Holder, who created the popular YouTube channel Little Baby Bum, a collection of nursery rhymes.

These home-grown shows have attracted global audiences in the millions. “If you were a creator in the ‘80s, you’d walk into Nickelodeon and Disney and hope that the executive in charge of making decisions thought that you had something worthwhile,” says Gregg Spiridellis. “That person is no longer relevant if you’re a creator with the ability to actually make something. You can put it out into the world and get validation. These open platforms — YouTube, Instagram — give you the opportunity to go prove the worth of your content in a way that was never possible before.”

A digital native, Ryan grew up on YouTube, singing along to nursery rhyme videos and watching “unboxing videos,” one of the peculiar genres of the platform, in which objects — toys, electronics, you name it — get unpacked to great fanfare. The breakout began one spring day when Ryan, age 3, asked his mother: “How come I’m not on YouTube?”

On a lark, Loann drove him to Target and bought a Lego Duplo train set, which Ryan unpacked in his first “unboxing” video. Shot on an iPhone without edits, attention to lighting or animation, the video looks painfully amateurish today. Her son loved them, though, and so did family members in Vietnam and Japan, who enjoyed watching him grow up from a distance. “YouTube was this great platform for us to broadcast Ryan’s growth,” Shion recalls.

A single video changed the trajectory of the home-movie project and thrust the Kajis into the vanguard of YouTube’s burgeoning tribe of family vloggers. A student of the new medium, Ryan had noticed a novel twist to the unboxing genre, which featured kids cracking open giant eggs with multiple toys, instead of ripping open one box at a time.

The Kaji version became “GIANT Lightning McQueen Egg Surprise,” a seven-minute video, in which Ryan is roused from his Lightning McQueen race-car bed to extract toy cars, trucks and airplanes of various sizes from a giant red egg. The resulting video has been watched more than 1 billion times. Suddenly they found themselves accidental successors to TV legends like Fred Rogers, Sesame Street creators the Children’s Television Workshop (now the Sesame Workshop) and Muppet-maker Jim Henson.

“After four months, we were one of the top kids’ creators,” says Shion, in an interview conducted from the family’s 9,000-square-foot production facility in Texas. Still, as  improbable as it seems, no one in the family thought about cashing in on all that traffic until Loann stumbled upon a post about monetization while seeking tips on improving the quality of the videos. 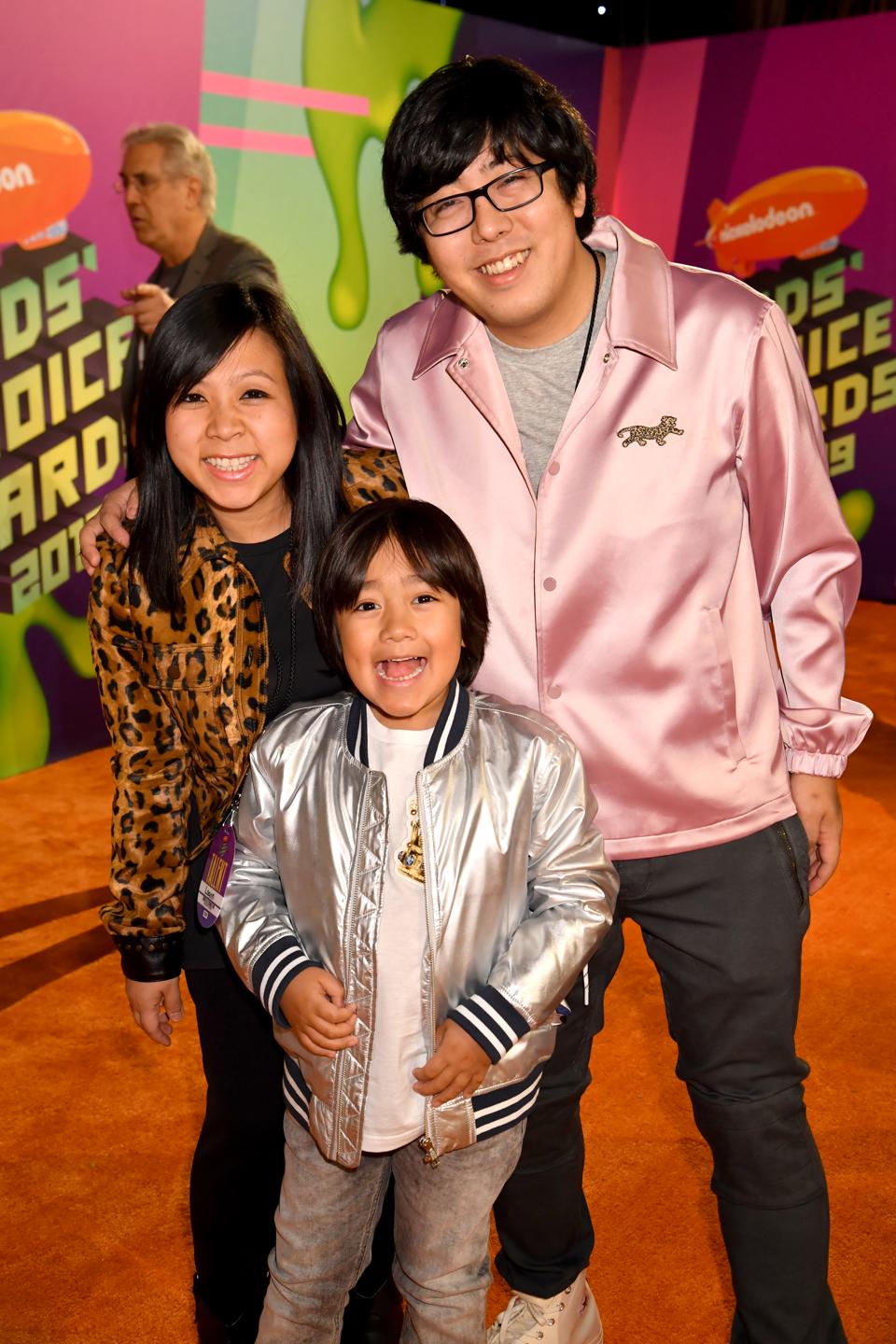 “I was like, ‘Hon, you can make money on YouTube.’ Shion’s response, recalls Loann, was  ‘Are you sure?’”

She was, and she set a goal of $20 a week, enough to cover the cost of buying a new toy for Ryan to unbox each week, like a never-ending birthday celebration. When the first check arrived, for $100, “I was so proud,” she says. It was nothing, in retrospect: By the fall of 2016, the charismatic 4-year-old with an infectious smile and affinity for Thomas & Friends trains and cars had amassed an online following of 4 million subscribers.

Shion and Loann quit their day jobs that year and devoted themselves full-time to the family’s budding media empire. They hired a video editor so they could focus on that aspect of production they enjoyed most: spending time with Ryan, playing around and filming. To shelter their son from burnout, they drew inspiration from Japan’s Virtual YouTubers, which feature anime-style cartoon characters who attract sizable online followings. The Kajis created animated alter-egos like superhero Red Titan (Ryan drew the stick-figure prototype himself), and an adventurous alligator, Gus the Gummy Gator. Today they have a roster of six virtual “friends” for Ryan, each depicting a facet of his personality.

As the output expands, so does the team. Twenty-eight animators, video editors and other creatives working for the family’s production company, Sunlight Entertainment, now generate the steady flow of educational videos, kid-friendly science experiments and cartoons that populate the eight channels that comprise Ryan’s World.

It’s not been a completely smooth ride, all things considered. The consumer watchdog Truth in Advertising filed a complaint last August with the Federal Trade Commission, accusing the Kajis’ YouTube channel, previously known as Ryan ToysReview, of deceptive advertising, saying it’s difficult for preschoolers to discern Ryan’s “innocent antics” from paid endorsements. The complaint cited as an example one June 2019 video, in which Ryan operates a make-believe Hardee’s drive-through window and delivers a “Star Pals” meal to his father. It’s the same month that the fast food chain announced a toy promotion featuring Ryan.

The regulatory agency hasn’t announced any public action against the YouTube channel, though this month the FTC said it would begin reviewing its guidelines concerning influencer marketing on social media, potentially ensnaring the Kajis and other online influencers in a cultural and political scrum over the commercialization of childhood.

Shion says he welcomes direction from regulators and works with a legal team to help identify online content that’s advertising. “The one thing that was very difficult for all the influencers (is) there was no clear guidance from FTC until recently,” he says.

Sorting it all out will be critical to keeping the millions flowing, even as Shion and Loann strive to balance the demands of Ryan’s budding entertainment career with their desire to give their son the life of a typical elementary-school kid. He attends public school and maintains a crowded calendar of after-school activities that includes playing Fortnite and Roblox with friends online, swimming (he’s perfecting his backstroke), computer coding, Taekwondo (he’s working toward earning a green belt) and gymnastics, where Ryan’s kinetic energy is expressed through headstands and flips.

In a room surrounded by scores of toys that bear his image, the child phenomenon reflects about the quirks of internet celebrity, and how complete strangers will approach him, and call him their best friend.

“They’re like ‘Ryan I saw you on my iPad and your mom and dad on my iPad too,’” Ryan says, nervously tugging on the long sleeves of his green shirt and swiveling back and forth on an office chair. He says he’s found it easy to make friends at school. “Some knew me just from who I am. Some people know me from YouTube.”

Put him in front of a camera, though, and he comes alive. Posing for photos, he offers up a fresh expression with every shutter click, sporting a big grin and thumbs up, an eye roll with a tongue out, another confidently grinning with arms folded, poking a finger at the lens, shrugging. It may be a hint of things to come. At the end of his first season on Nickelodeon, he penned a thank-you note to the director.