Police departments nationwide are encouraging people to stop making 911 calls to report social distancing violations, saying the calls are choking emergency lines during the Covid-19 pandemic and that people should report noncompliance to public health agencies, not law enforcement. 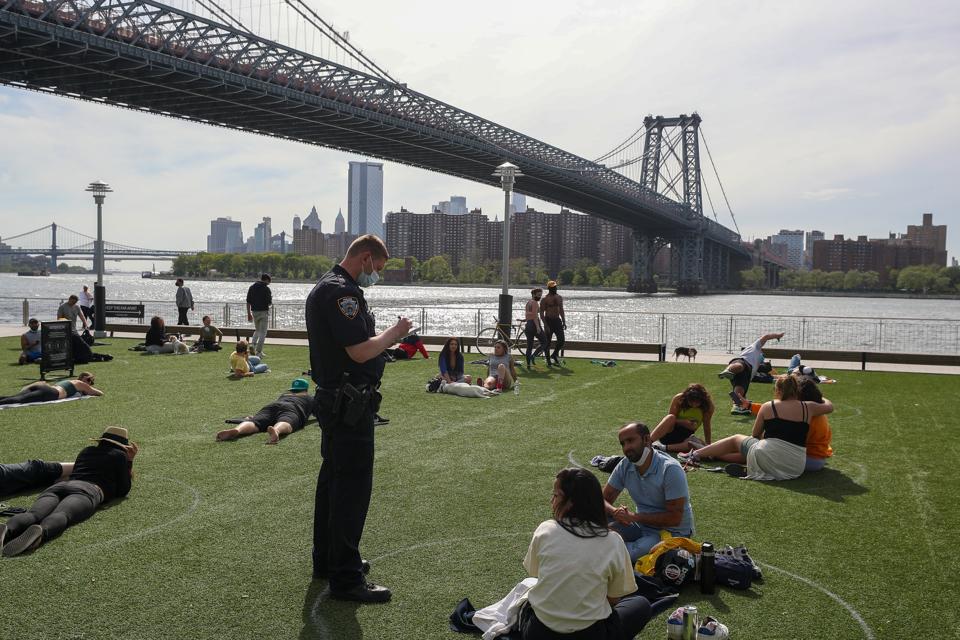 Police in Ohio, Michigan and San Antonio have asked residents to call non-emergency lines if they wish to report social distancing noncompliance.

But in Chicago, callers reporting social distancing noncompliance to 311 are forwarded to 911, because it is considered a life-threatening situation, according to The Chicago Tribune.

“We believe people should absolutely not call 911 for this type of thing,” Jim Burch, the president of the National Police Foundation, told Forbes.

According to Burch, the best way to report social distancing violations is to call a local public health organization, who receive specific training and have proved successful in shifting community behavior during the Covid-19 pandemic.

While some jurisdictions have treated social distancing as a matter of criminal law, Burch told Forbes that in his eyes, “certainly, not calling 911 is a better approach.”

“This is not a problem that police are well-equipped or prepared to solve, and they shouldn’t be asked or expected to do so in our view,”  Burch told Forbes. “Bottom line, we would not recommend that anyone call 911 to report someone not wearing a mask or people who are not observing social distancing guidance or requirements.”

After months of Covid-19 crackdowns, all 50 states have started the process of gradually rolling back their restrictions to varying degrees. Different jurisdictions have also approached enforcing those restrictions differently. It’s hard to track nationwide numbers, but police forces across the nation have arrested at least dozens of people for violating local Covid-19 restrictions since stay-at-home orders were issued in March. Burch warned against calling the police to report people who look suspicious instead of behaving suspiciously, which can introduce a risk of bias. Police officers—particularly in New York City—have faced criticism for arresting an unproportional number of black and Hispanic residents in mostly minority neighborhoods while enforcing social-distancing rules, drawing comparisons to controversial “stop and frisk” policies.

Floating Rate Funds In A COVID-19 World: Buy Or Sell?

The Triple Threat Of Terrorism In The UK:...

How To Decide Where To Expand Your Business