Breaking
Entrepreneurs Are Bringing Transparency To Home Buying And...
Best Incentive To Get Vaccinated: Money, Messaging, Or...
Page Level Query Analysis at Scale with Google...
How A CIO Can Align IT With Business...
Blogger of the Month: Jo, Girl Eats World
6 Things Women In Business Know That Men...
How to Use First-Party Data for Ad Personalization
Pressing Reset—Putting A Fallen Unicorn Back On Its...
How We Went Viral: Promoting Content with Influencers,...
Blame Olympic Record Price Tag For Return To...
Apple iOS 14.5 Release: Should You Upgrade?
How to Come up with Podcast Topics and...
Why Gaming Gear Company Razer Launched A $50...
Technical SEO Implementations to Increase the Impact of...
30 Brilliant Ways to Market Your Eco-Friendly Shopify...
15 Tech Industry Leaders Share Overused (And Misused)...
Home Technology How Tech CEOs Cope With Challenges
Technology

Even though today’s advancements in technology have made tech company building far easier and more accessible, the CEOs of tech companies still have to deal with numerous hardships on their journey to success.

The ability to cope with stressful and seemingly impossible challenges is often the determining factor for the success of a modern CEO or entrepreneur. I‘m going to look at the challenges technology company CEOs have to deal with and how they can overcome them using an acting strategy called the Meisner Technique!

CEOs of tech companies carry a lot of pressure and responsibilities tied to their up and coming businesses. Each day of a tech CEO is filled with countless challenges, from planned meetings and scheduled calls to unexpected events and troubling outcomes.

Some of the most common challenges CEOs have to deal with include hiring the right talent, closing sales deals, raising money from investments, managing customer relationships, and making sure their business is growing in the right direction.

All of this takes a lot of time and energy, often causing CEOs to break under pressure and ask for help. One strategy that you can use to prevent burnouts and overcome all the hardships is the Meisner acting technique. 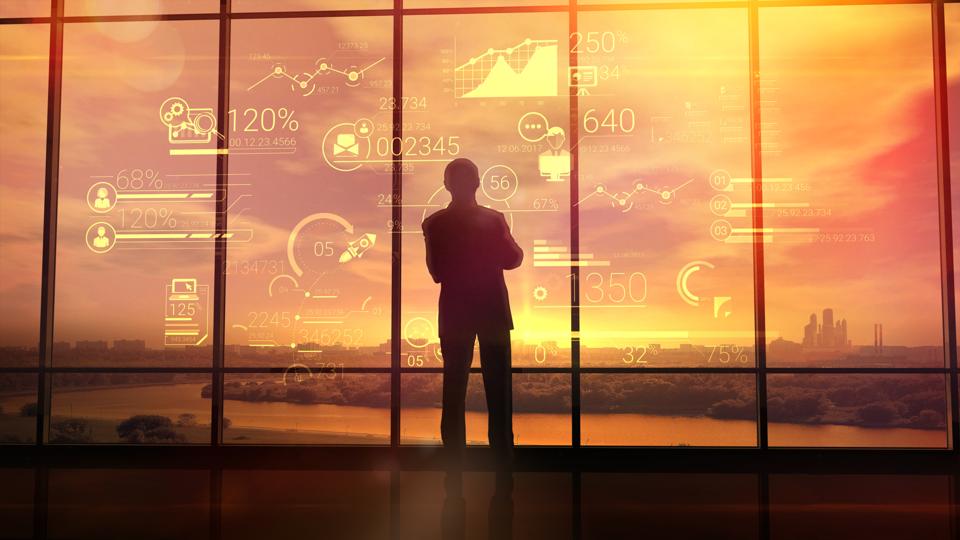 Silhouette of a man in a huge office in front of large windows viewing corporate infographics.

Imagine leaving your job at the police department to chase your childhood dream of becoming an actor, despite having absolutely no experience in the field. This is exactly what Meisner trained actor Matthew Sauvé did before he became a successful Hollywood actor.

What enabled him to succeed was the popular Meisner acting technique that focuses on teaching actors to get out of their heads behave instinctively in different environments. No wonder, Matthew Sauvé has won over 40 best actor awards worldwide.

This same technique can be implemented in leadership and entrepreneurship, as it focuses on bringing out one of the most important traits for success in business – a well-oriented mindset.

Invented by a theater practitioner Sanford Meisner, this technique aims to bring spontaneity and improvisation into the picture, whether you’re an actor, real estate agent, or even a CEO of a tech company.

The Meisner Technique disciplines the mind in such a way that the actor is behaving instinctively to the surrounding environment. Actors who are “in their head” can’t be in the moment and authentic on camera. Matthew explains it as: “I like to think of it as martial arts training for your mind, your mind can either cripple you or free you in acting as well as in life.”

Some of the most paramount day to day decisions a CEO would make to maintain a successful business would be instinctual, sometimes referred to as “gut instincts.” The Meisner technique could enhance an already strong business leader to be even more confident and astute in their decision making.

This excerpt from The Actor’s Art and Craft by William Esper and Damon DiMarco explains why the Meisner acting technique can be implemented in leadership and entrepreneurship:

“Learning to act is very much like building a house. First, you have to pick a spot to build and clear the land. Then you must dig a good foundation and shore it up against the elements. These are the very first stages; perhaps they’re also the most important stages. If the foundation of a house isn’t properly laid, the entire structure will eventually collapse under its own weight during the first good wind. In the Meisner Technique, we uphold this analogy by practicing a regimen of exercises that create a foundation, a stable floor upon which we build our craft.”

Implementing the Meisner technique to improve your business and entrepreneurial mindset will help you develop self-awareness and a stronger emotional core, which will positively impact your decision-making processes.

With better self-awareness and a stronger mindset comes a better sense for leadership, something that tech CEOs must master in order to succeed.