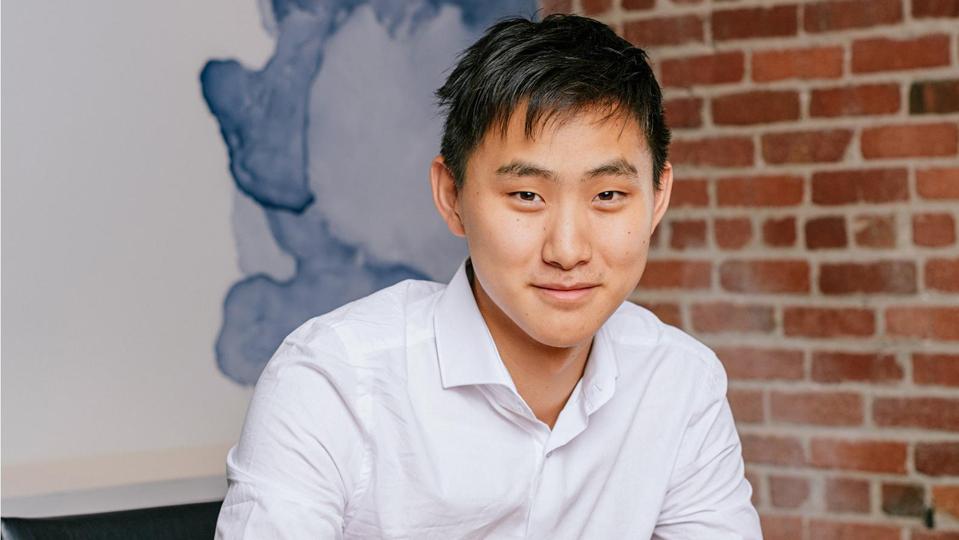 When we think of Mark Zuckerberg and Bill Gates dropping out of college to start companies that have become household names, a couple of ideas come to mind:

Though we can often find these ideas to be fairly generally-applicable, we (surprisingly) haven’t seen too many college-aged drop-outs start unicorns in a while now.

That’s why Scale AI, a three-year-old company that delivers training data for companies like Lyft and Airbnb, is special.

Today, the company works to ship data to companies operating in areas like self-driving cars, virtual reality, and robotics. And the company is run by none other than 22-year-old Founder and CEO Alexandr Wang, who left school at MIT to pursue Scale AI after just his freshman year of college.

Today, the company has raised over $120 million in venture funding and is valued at over $1 billion.

Alex reminds me of Zuckerberg and Gates because he shares all four of the above characteristics.

We had a chance to chat a few months ago and he shared with me his outlook on risk-tolerance and his belief that “data is the new code” — two points that are pretty important to understanding how he started and grew a unicorn company.

But to truly understand how these beliefs came to be and how he thinks about running a billion-dollar company, we have to rewind a few years back to his middle school days.

Find And Double-Down On An Interest

Long before Alex started Scale AI (or even thought about starting a company), he was interested in mathematics. Alex told me: “I really enjoyed math growing up, and then there was this math competition called MATHCOUNTS, which has a fun story. They have this annual national competition and if you do well enough … you’re going to fly out and go on one of these free trips.”

He added: “When I was in sixth grade, the trip was to Disney World, and I’d never been. I hadn’t traveled much as a kid. That was really the impetus that got me really excited about competitive math.”

What was simply an early interest led him to compete in more competitions, which later included coding competitions like the USA Computing Olympiad (USACO).

Though it wasn’t yet immediately clear how these competitions would help him build a billion-dollar company, we’ll later see that they indeed laid the framework.

Learn Through Working At Multiple Other Fast-Growing Startups

After participating in a variety of online coding competitions, Wang was recruited by Addepar, one of the hottest companies in Silicon Valley. The recruiting team didn’t necessarily know he was a high school student, but seeing his technical skills proved to be enough to land him a job as a Software Engineer.

So in 2014, he moved from New Mexico to work in the Bay Area, and not long after, grew into a Tech Lead position at Quora.

Though Alex didn’t have a degree, he did have a skillset that was both unique and valuable to these startup companies.

He told me: “I think demonstrating as much as possible that I knew how to build things, was crucial.” He explained that during his entry, “[Companies were] built on people who come in and see a particular inefficiency or see a better way. It’s something that can be done and just drive those initiatives to completion.”

By gaining experience working for fast-growing early-stage companies, Alex was able to piece together what he learned over the years to solve practical computational problems.

And his exposure to the startup setting allowed him to acquire an insider’s perspective on how these companies were being run.

After working at Addepar and Quora, Alex completed one year at MIT. And all seemed relatively normal — he continued to interview for summer internship opportunities and received a number of offers.

But after some thought, Alex decided to decline all of those offers, drop out of MIT, and start Scale AI after accepting an initial investment from YCombinator, one of Silicon Valley’s hottest accelerators that put the first money into companies like Airbnb and Stripe.

Despite YC being a great opportunity, dropping out before having a clear vision of what he wanted to do seemed like a pretty big gamble to me. But Alex sees it differently: “if you aren’t willing to take that leap now, then when are you willing to?”

Be Steadfast In Vision But Flexible In Approach

If we were to summarize Alex’s vision for Scale AI, it would be that data is the new code. After all, the company believes that under the hoods of many of Silicon Valley’s most impactful companies is a need for high-quality training data, especially if the core business relies on machine learning.

Scale AI quickly saw this opportunity and worked to help companies intelligently tag their datasets, whether they were text, video, or images.

But, of course, that market is pretty broad. And in the earliest days, Alex and his team didn’t necessarily know what kinds of data to really focus on. So they tried a variety of options, some of which are successful while others fell short.

So, initially, the Scale AI team tried to run a split strategy and do both, but neither avenue was generating much traction. Eventually, the team decided, “okay, we’re going to completely throw out one, and instead focused on imagery, computer vision and other kinds of sensor data.”

And that ended up being one of Scale AI’s biggest breaks.

If there is one thing that was clear about this particular decision, it is that trying multiple initiatives at once to identify what works and what doesn’t isn’t necessarily a bad thing.

After all, everyone talks about being focused, but how do you know what you’re focused on is actually going to work? Well, you don’t know until you test and fail or succeed.

And when do fail, that doesn’t have to be a negative. We see from Alex and the rest of the Scale AI team that being flexible in your approach to reach an outcome (and the way your team adjusts to failure) is something that can allow your company to keep moving forward.

With an openness to take risks and a determination to realize a mission, Alex has shown that, especially in software, the best way to build something meaningful is to get started as soon as possible.

After all, when he initially decided to drop out of MIT to pursue Scale AI, he didn’t even necessarily have a full-fledged idea for what the company itself would look like in three years.

What he did have though was technical expertise and the willingness to try to build a company, albeit for the first time.

The crucial thing is he got started and doubled down on running Scale AI by dropping out of school, which gave him more time. He did still make mistakes (like all founders do) and reacted quickly to right the path time and time again.

After hearing Alex’s story, you might think to yourself: “What parameters make a risk too risky for me to take?”

And most of those parameters might opportunity cost. What if I run a company into the ground? Wouldn’t that be less financially viable than just working at a company for the course of a couple of years?

Sure, but then again, there are opportunity costs associated with just about anything, and you won’t know until you give it a shot.