Breaking
The Impact of Internships in Marketing
3 use cases of chatbots for critical services
How To Make Working From Home Appeal To...
Tips on How to Design an Office Space...
4 Tips To Help Build Amazing Customer Relationships
How Are US Pension Funds Responding to the...
Benefits of second-hand cars for your business
4 Reasons Why Your App Needs To Undergo...
Your Guide to Online Marketing
How to find a Solicitor in London
5 car tyre and safety tips for a...
Everything You Need to Know About Corporate Social...
Is Adaptive Leadership the Key to Motivating Employees?
Why business events are set to return with...
Business events set to return with a bang!
Expanding Internationally: 5 Things to Consider for eCommerce...
Home Business How The AVP Saved The 2020 Beach Volleyball Season
Business 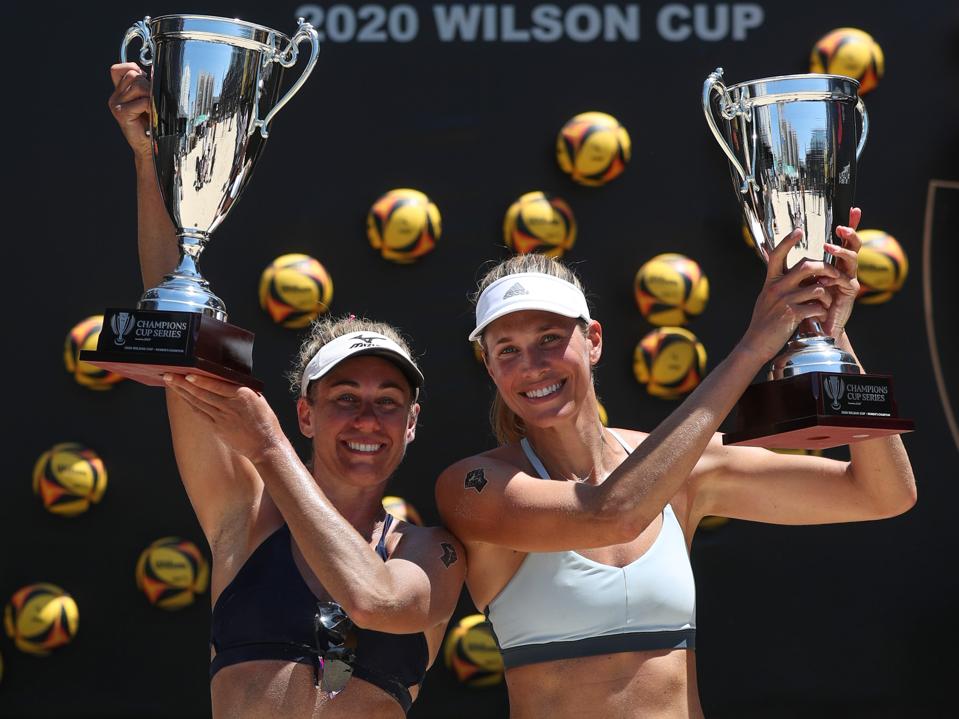 The likelihood beach volleyball players and fans would experience a 2020 season grew dimmer with every AVP tour stop cancellation. Austin and Seattle were the first casualties, then New York City and Huntington Beach soon followed with postponements. As the prospects for an AVP season darkened, a burst of light came in June when they announced there would be a three-week Champions Cup at the Long Beach Convention Center.

“It was kind of like a little bit of a roller coaster ride,” top ranked AVP star and Olympian Nick Lucena said during a recent phone interview. “We got ready for the season, and then everything got canceled. AVP sent out an e-mail, I believe in May, saying that the season was going to be canceled. So, we were kind of surprised then when they announced that they were going to do this series.”

AVP owner Donald Sun worked tirelessly with his crew to produce an alternative to keep his athletes on the court for 2020. The longer the delays continued, he knew the AVP had to give up on the idea of a national tour.

“I felt like as from a brand side, we owed it to the players, fans and public to do something to show high quality beach volleyball to the world,” Sun said via phone. “With coronavirus, we saw the numbers, and I started talking to myself, ‘You know what, we better start talking to New York and see if we can postpone it like a little bit later.’ We did get the clearance to go in July, and even then, we thought, okay, we should be in the clear by July. Then weeks went on, we knew it wasn’t getting better … actually we had a date in September for New York.” 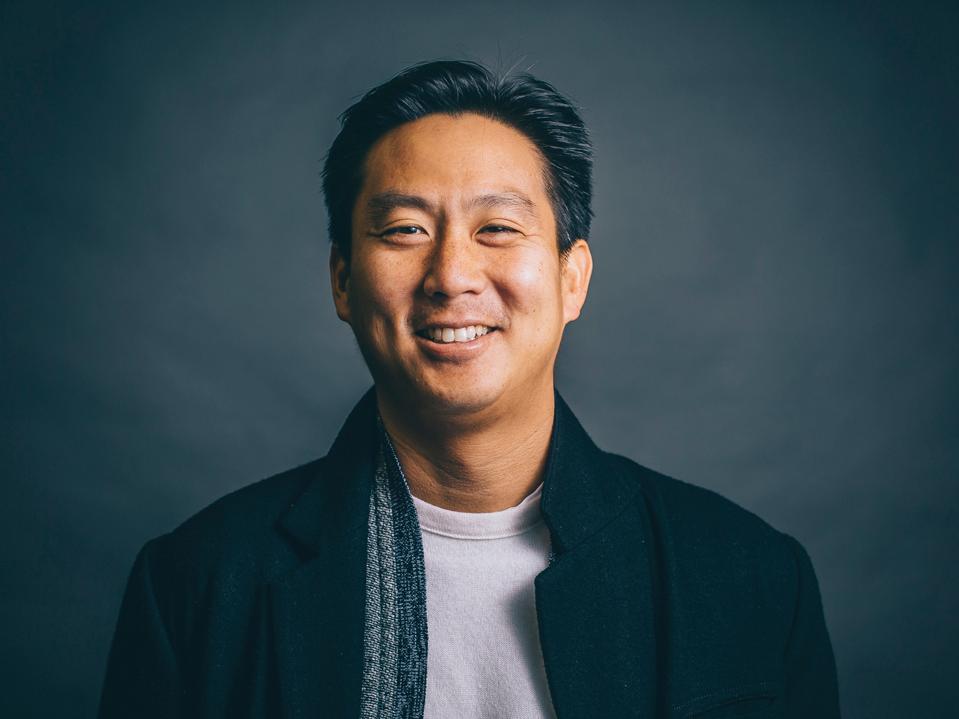 Donald Sun, AVP owner explains how he was able to pull off a 2020 beach volleyball season.

Rather than continuing to wait out the virus with the hopes of traversing the country, the AVP went to work on their backup plan. Sun said their Plan B quickly became their Plan A.

“If we had to cancel everything, what is our series going to look like and where we’re going to do it?” he asked. “We started planning that months ago. We didn’t announce it yet, because we wanted to make sure that we had everything buttoned up so that we don’t make an announcement that we’re either postponing, or canceling, and then maybe three weeks later we’ll say, ‘Okay, now we have something.’ We wanted to do in one shot, and that’s what we did.”

The AVP thrives on playing in front of tens of thousands of fans during any given weekend, but with California’s current restrictions, they had to get creative with their permits to secure a location.

“Basically, what we ended up calling it was a film permit,” he said, “because really that’s what we were doing; we were filming something. At that time, at least the governor was okay with film permits, so that’s how we kind of got around it. If you really look at it, there weren’t any people there; really it was a set.”

Once they had their three weekends in July and August settled, the AVP had to become quasi-medical experts in a month’s time. They instituted testing and cleaning protocols to protect their athletes and staff. This had included sanitizing every ball before it was put back into play, restricting player contact, reducing the qualifying pool size, and instituting multiple temperature checks throughout each day. The result was something many other sports have yet to experience, zero positive COVID-19 tests.

“It was a certain euphoria being able to do something that not a lot of sports organizations had even tried to figure out how to do at that time,” he said. “[We] were just relieved that we put in place the necessary procedures and requirements to make sure everyone was safe. No one tested positive at all four weeks straight, so that was awesome.”

On the women’s side, the top-seeded team of April Ross and Alix Klineman ran the table the entire tournament, winning all three events without dropping a single set. For the men, Lucena and his partner Phil Dalhausser won two of the three events, with Tri Bourne and Trevor Crabb upending the veteran pair in a thrilling three-set Porsche Cup final. 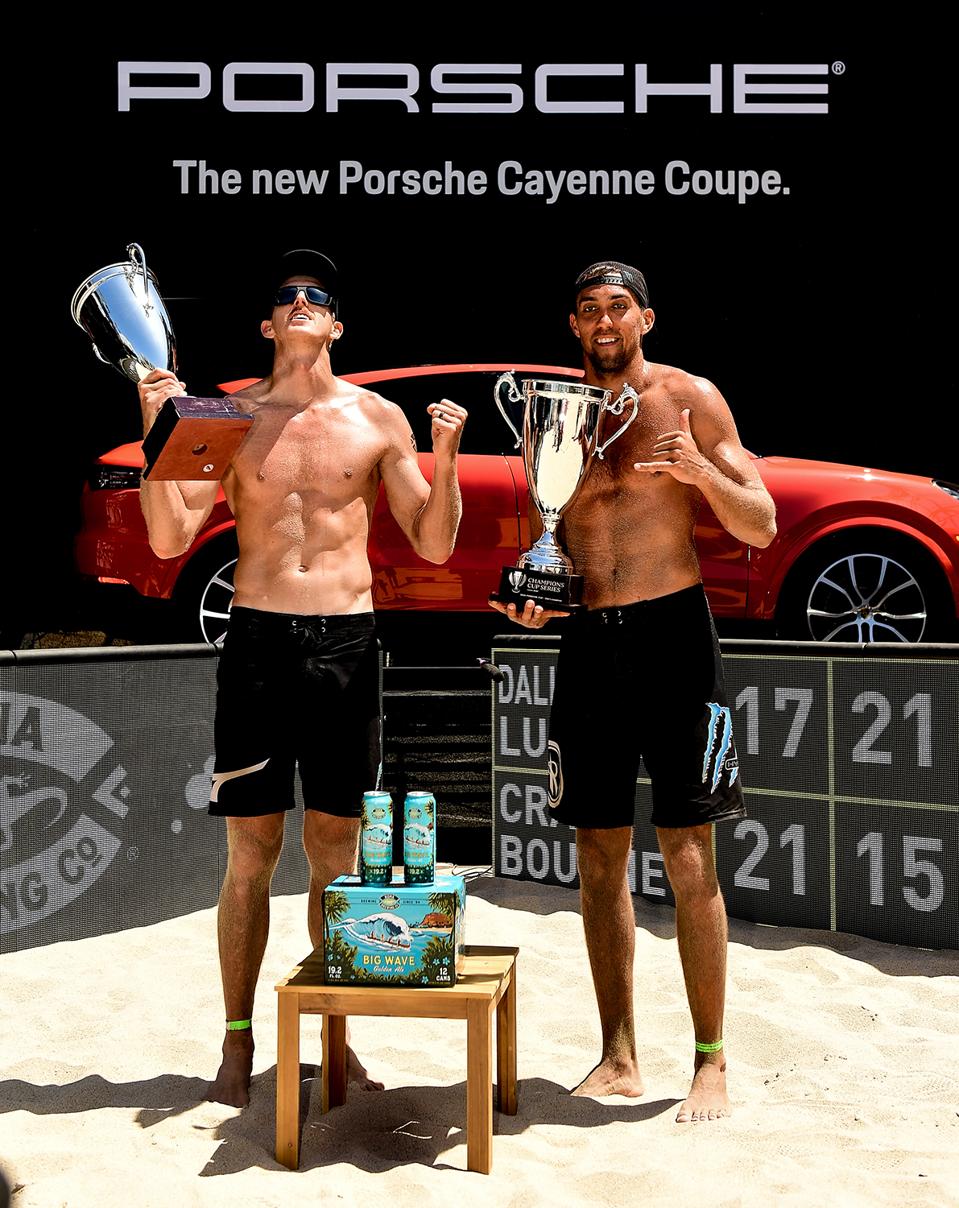 While the athletes had to shake the rust from being quarantined and having an extended break from competing, the relaxed pace of the three-week season gave players like the 40-year-old Lucena a chance to savor the games. Typically, they would be traveling to another country as soon as their last match was done, but now they could put all their attention on the next week’s series.

“It really is a grind most of the season,” Lucena said. “We’ve had 10 months of really no volleyball events, so we did come out with that mindset of being grateful, but then it’s like, ‘Hey, we just have to focus for three weeks, let’s enjoy this.’ So that’s how we approached it, and genuinely, it was probably the most fun I’ve had playing volleyball in a long time.”

With the AVP pulling off a successful shortened season, they developed a blueprint for other sports leagues to follow, one Sun is open to sharing with whomever calls. The three-week Champions Cup series evoked a spirit the players and fans closed off months ago, when the thought of any competition seemed like a hopeless whisper.

“I always say we’re not here to cure cancer,” Sun said. “That’s not what we do, but we want to bring happiness. This is what live events do. We’re here to create fun, happy and joy. If we were able to do that for at least three weekends, maybe not attended obviously, but [people] were able to tune in, watch and have a sense of normalcy for just a little bit … we did our job.”

Is the AVP done for 2020? Sun advised fans to stay tuned. With a system in place, he left the door open to the possibility of another series later in the year if the stars align in their favor.

“We’re still working behind the scenes to see if there’s any possibilities to do a series again in the near future,” he said. “There’s obviously no promises or anything, but we haven’t just called it a day. … Ever since the second week, we’ve been talking about how we do this again. The good thing is now you know if this continues for another year, at least we have a working model now, and there’s no guesswork.”