Breaking
A Guide to Using Celebrities to Promote Your...
The Impact of Internships in Marketing
3 use cases of chatbots for critical services
How To Make Working From Home Appeal To...
Tips on How to Design an Office Space...
4 Tips To Help Build Amazing Customer Relationships
How Are US Pension Funds Responding to the...
Benefits of second-hand cars for your business
4 Reasons Why Your App Needs To Undergo...
Your Guide to Online Marketing
How to find a Solicitor in London
5 car tyre and safety tips for a...
Everything You Need to Know About Corporate Social...
Is Adaptive Leadership the Key to Motivating Employees?
Why business events are set to return with...
Business events set to return with a bang!
Home Business How The Disney Parks Around The World Are Changing Due To Covid-19
Business 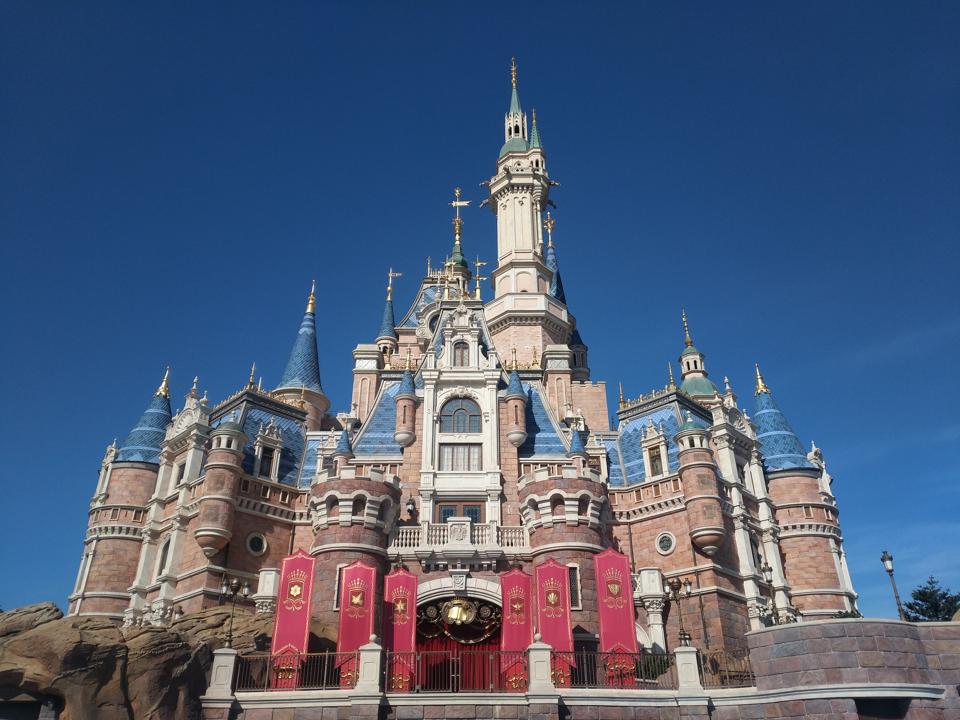 SHANGHAI, CHINA – JANUARY 21, 2017 – Disney castle, Shanghai, China, January 21, 2017. On May 11, … [+] Shanghai Disneyland was reopened to the public. This is the first Disneyland in the world to be reopened after the park closed on January 25.- PHOTOGRAPH BY Costfoto / Barcroft Studios / Future Publishing (Photo credit should read Costfoto/Barcroft Media via Getty Images)

The closure of Disney DIS parks around the world started in January due to Covid-19, with the Shanghai Disney Resort and Hong Kong Disneyland Resort, and continued into March as the Walt Disney World Resort and Disneyland Resort closed their gates. This is the first time in history a Disney park had not been open in some part of the world. The sun had truly set on the Disney empire.

After months of closures and theme park fans anxious to get back to their beloved parks, a light at the end of the tunnel was finally being seen. In May, Shanghai Disney Resort, the first park to close due to COVID-19 started their phased reopening process, followed with Hong Kong Disneyland Resort reopening mid-June. Now the rest of the Disney resorts around the world have announced they will be reopening in July except for the Disneyland Resort in Anaheim, California.

With the phased reopening of the Disney parks comes some changes to how the theme parks and resorts will operate and how visitors will be able to see and enjoy their favorite parks. The first glimpse into these changes came with the opening of the Shanghai Disney Resort, where guests were told they needed to register for a day and time they wanted to enter the park. A similar system has now been implemented at the Walt Disney World Resort in Orlando, Florida and the Disneyland Resort. 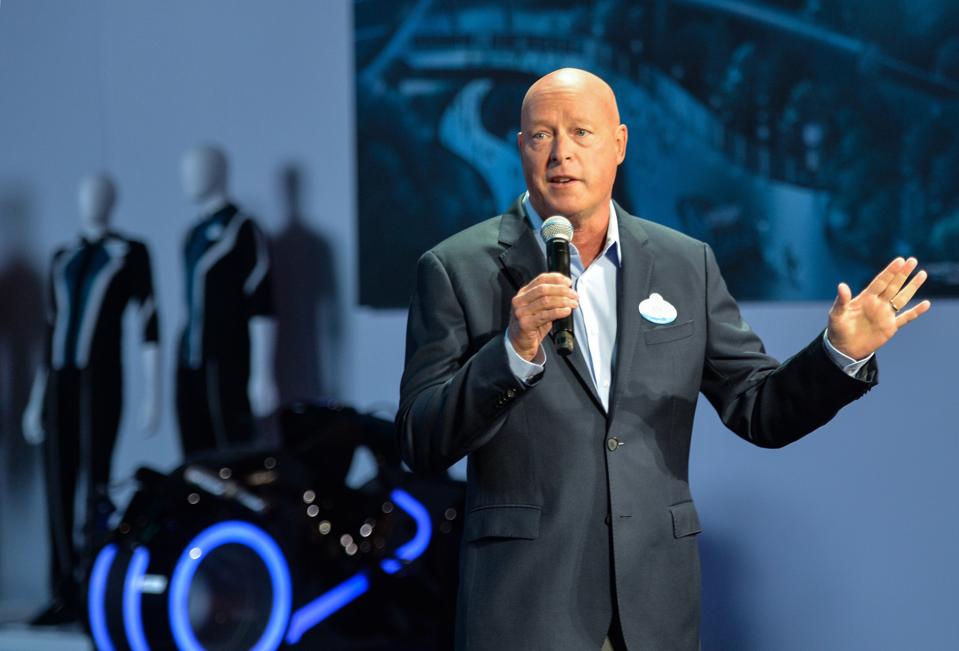 ANAHEIM, CA – AUGUST 22: Disney Chairman of Parks, Experiences and Products, Bob Chapek announces … [+] changes to Epcot and the name, Avengers Campus, as the title of the upcoming Marvel-themed land during a media preview at the D23 Expo in Anaheim, CA, on Thursday, Aug. 22, 2019.”n(Photo by Jeff Gritchen/MediaNews Group/Orange County Register via Getty Images)

In a rare move by The Walt Disney Company, CEO Bob Chapek announced the official guest occupancy of one of its parks on an earnings call in early May. During the call the announcement was made that the Shanghai Disney Resort would be reopening on May 11, where capacity would be capped at 30 percent of it’s usual 80,000 person capacity. The park ended up reopening below the government set limit of 24,000 and has increased capacity over the following weeks. Chapek has not announced the capacity for the other Disney theme parks or at what level they will be operating at since the earnings call.

People who entered the Shanghai Disneyland theme park were subject to new safety measures including social distancing, wearing masks, and temperature checks. These ordinances have been announced for the rest of the Disney parks around the world as they reopen in some form or fashion. 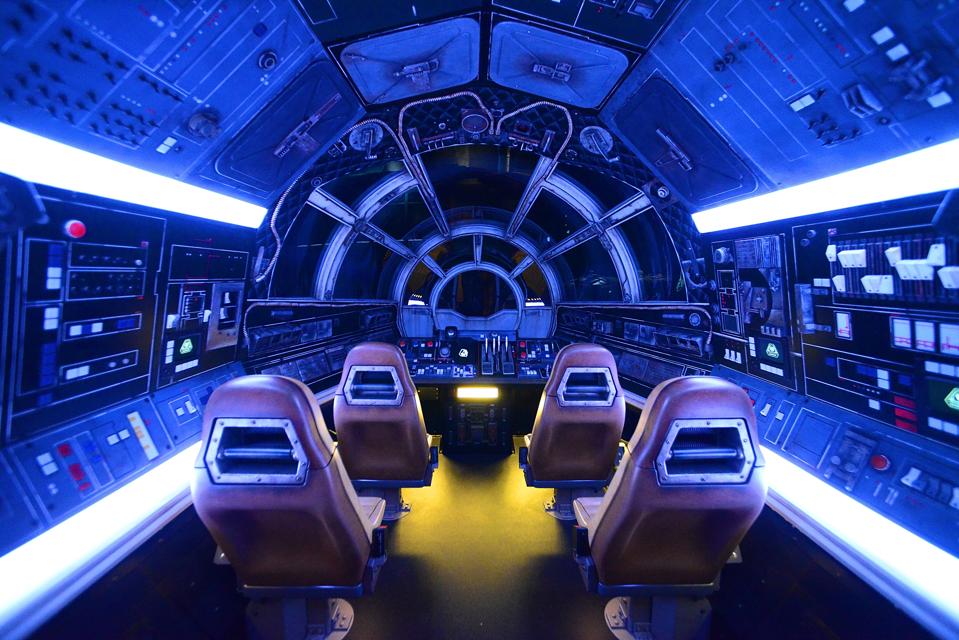 Even though the attractions at the parks tell the same story as when they were last enjoyed by guests, there will be some noticeable differences. Mainly, ride vehicles will not be filled to capacity. Some attractions like Millennium Falcon: Smugglers Run inside Star Wars: Galaxy’s Edge at Walt Disney World and Disneyland Park might only have one party in each pod at a time, even if that means one single rider in a ride vehicle that seats six.

Character experiences are also going to look a little different at the Disney parks around the world. Visitors will not be able to go up and hug Mickey Mouse, but a socially distant selfie will be acceptable.

Will all of these new rules and regulations deter people from visiting the Disney parks as they open? Amid the rising Covid-19 cases in Florida and California, there has been pushback against the parks reopening at all. In fact, the Disneyland Resort previously announced an opening date of July 17, coinciding with the Disneyland Park anniversary, which has now been scrubbed due to the state of California government not announcing a theme park reopening plan for any of the state’s theme parks. But Walt Disney World’s four theme parks are still set to open starting July 11 with Magic Kingdom Park and Disney’s Animal Kingdom Theme Park, then July 15 with Epcot and Disney’s Hollywood Studios. 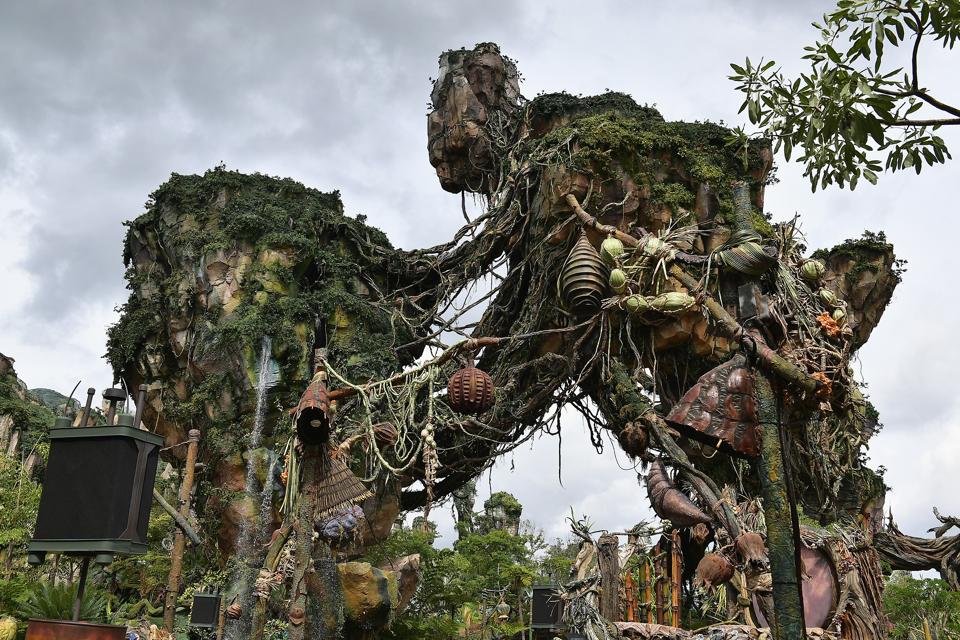 ORLANDO, FL – MAY 23: General views the Pandora The World Of Avatar Dedication at the Disney … [+] Animal Kingdom on May 23, 2017 in Orlando, Florida. (Photo by Gustavo Caballero/Getty Images)

Both stateside parks are implementing a theme park reservation system, wearing of masks, social distancing measures, reduced capacity for everything and temperature checks. Even with these new measures travelers have been wary about going to the House of Mouse. Some even going as far as canceling their tickets or annual passes to the parks until everything has returned to normal. Still others are planning on going to the theme parks, but are planning to be more precautious, take multiple masks to swap out during the day, wash their hands more often, and take breaks back in their hotel room as needed.

By the end of 2020 people planning to visit a Disney theme park somewhere in the world will have a completely different experience than when they might have visited pre-Covid-19. While there is hope that a vaccine is coming for Covid-19, it will take time, and time is something the theme park and hospitality industry doesn’t have before they reach a point of no return. Disney theme parks, and others like them, will have to rely on their loyal fanbase, new safety measures, and a lot of hand sanitizer to stay afloat over the next few months and years.

The Next Challenge: Preventing Over 50,000 Unnecessary Cancer Deaths

When These Entrepreneurs First Pitched Podium, A VC Analyst Walked Out On Them. Now, Their Company Does Over $100 Million In Annual Revenue