Breaking
Looking To Improve Efficiency In Your Business? Here’s...
AI and machine learning for business
How Social Media Changed the World
Shopify: The Pros and Cons
Should your business go green?
Expanding Your Business Into Spain: What You Need...
Essentials For Your Office Coming Out Of COVID-19
What Can Marketers Learn From Digital Cults?
Why NASA’s James Webb Space Telescope Will Never...
Increasing HR Effectivity and Efficiency through Software Solutions
The Difference Between Building A Startup In Bull...
Fluor Corp Ranked Among Today’s Top Shorts
Common Pitfalls to Look Out for When Buying...
Will the Olympics go ahead this year?
Pack Up the Big Top: Insights from MozCon...
Best WordPress Themes for Blogs
Home Finance How The Financial Industry Is Confronting The Climate Threat
Finance

How The Financial Industry Is Confronting The Climate Threat 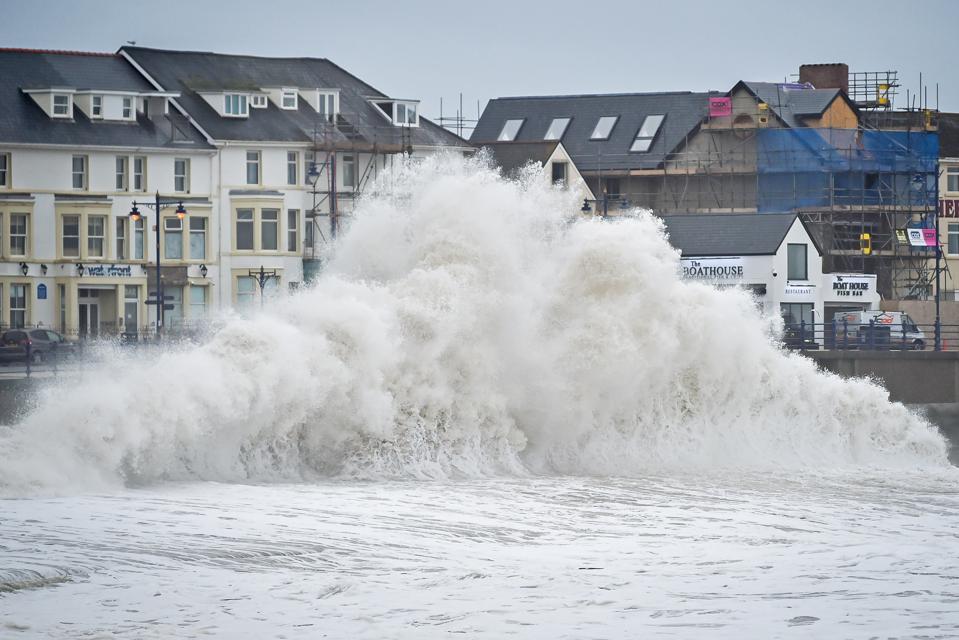 Financial firms need to ensure they can weather the storms of climate change. (Photo by Ben … [+] Birchall/PA Images via Getty Images)

The financial collapse shook the entire global economy. From Ireland to Iowa, years of expansion came to an abrupt halt. Within the U.S., millions lost their jobs as unemployment soared above 10%. Countless families lost their homes, their savings, or both. Major market indices fell by nearly 50%. The Government Accountability Office estimated that the crash had cost America over $22 trillion in lost wealth, lost wages, and lower growth.

Reflecting on the carnage, financial regulators realized key warning signs had been missed. How had apparently healthy, well-capitalized financial institutions gone into such distress? Clearly, previous assessments of financial stability were inadequate. Regulators needed a process that would enable them to identify risks to the financial system and to individual firms. Enter stress testing.

Today, although stress testing practices vary across geographies, they all focus on maintaining financial stability. Regulators want to ensure that financial institutions are adequately capitalized for the next crisis. To accomplish this, regulators develop a set of macroeconomic scenarios. Firms evaluate their portfolios against these scenarios (and create their own scenarios as well). Portfolio model results are aggregated to demonstrate how the firm would fare under economic stress. Regulators then assess these results to determine whether the financial system or individual firms are undercapitalized. Institutions that “fail” stress tests may be forbidden from issuing dividends or expanding their businesses. Failure can also have reputational and financial impacts in the market. These incentives have produced a significantly better capitalized global financial system.

Climate change: The next crisis

As one can never be certain where the next crisis will originate, firms must be resilient to a variety of economic pressures. However, the financial industry has increasingly acknowledged the unique disruptive potential of climate change. In his annual letter, Blackrock CEO Larry Fink stated: “I believe we are on the edge of a fundamental reshaping of finance.” Bank of England (BoE) Governor Mark Carney declared that “companies that don’t adapt [to climate change] will go bankrupt without question.” A recent paper by the Bank of International Settlements (BIS), responsible for the Basel financial regulations, warned of a “green swan event,” describing climate-driven financial destabilization.

Carney’s BoE has offered the most ambitious testing proposal to date. Their stress test has three objectives: sizing exposures of individual firms and the financial system to climate risks, understanding responses to climate impacts, and improving firms’ climate risk management. The exam would consist of two parts. In the first part, firms would quantify asset value changes over the course of a scenario. In the second part, firms would detail how their business models would adapt to climate risks. For the initial run of the exercise, no capital requirements or penalties would be enforced on firms.

The BoE climate stress testing proposal is not finalized, and comment period runs until mid-March, allowing industry participants to weigh in. Early industry feedback has raised concerns with the time horizon and the level of modeling granularity. The BoE may yet alter these or other aspects of the exercise. Regardless of the final form, the BoE stress test reflects a major step up in regulatory expectations on climate risk.

BoE’s leadership owes much to the vision of its outgoing governor. In 2015, Mark Carney and Mike Bloomberg helped the Financial Stability Board (FSB) launch the Task-force on Climate Related Financial Disclosures (TCFD). The TCFD provides a set of climate disclosure guidelines to enable markets to better account for climate risk. In 2017, a group of central banks and supervisors came together to form the Network for Greening the Financial System (NGFS). NGFS now includes over 50 global members who are developing guidance around climate risk assessment and scenario analysis. These initiatives will provide valuable frameworks for other regulators looking to evaluate climate risks.

At present, climate stress testing practices remain in their infancy. Firms need to make decisions on incorporating climate factors into financial projections, modeling long time horizons, and assessing the climate risks of individual counterparties. However, many financial regulators express a growing desire to better understand climate risks. As a result, the industry should anticipate the roll out of further climate stress tests in the coming years.