Breaking
How The US Department Of Health & Human...
Why Do Chinese Companies List Their Shares In...
Can You Get Covid-19 Coronavirus From Food? Frozen...
Winklevoss Twins Tell Bar Stool’s Dave Portnoy To...
Berkshire Hathaway Doubles Down On Net Lease REIT,...
70% Of Americans: Ban Foreign Apps
This Week In Credit Card News: Pandemic Brings...
Three ‘Big Impact’ Surprises That Could Slam Stocks,...
Quantum Computing: What Does It Mean For AI...
5 Questions With Jonathan ‘Magar’ Martinez Cannabis Curing...
5 Concise Questions With Jonathan “Magar” Martinez Cannabis...
Lessons From The Frontlines: Preparing A Global Vaccine...
Behind The Curtain—Chapter 11 From The Inside—Chapter 4—First...
What To Look For In A Nursing Home...
Apple’s Radical iPhone 12 Upgrade Suddenly Confirmed
5 TikTok Growth Hacks You Need To Know
Home Business How The Plant-Based Trend Could Help These Restaurants Survive The Crisis
Business 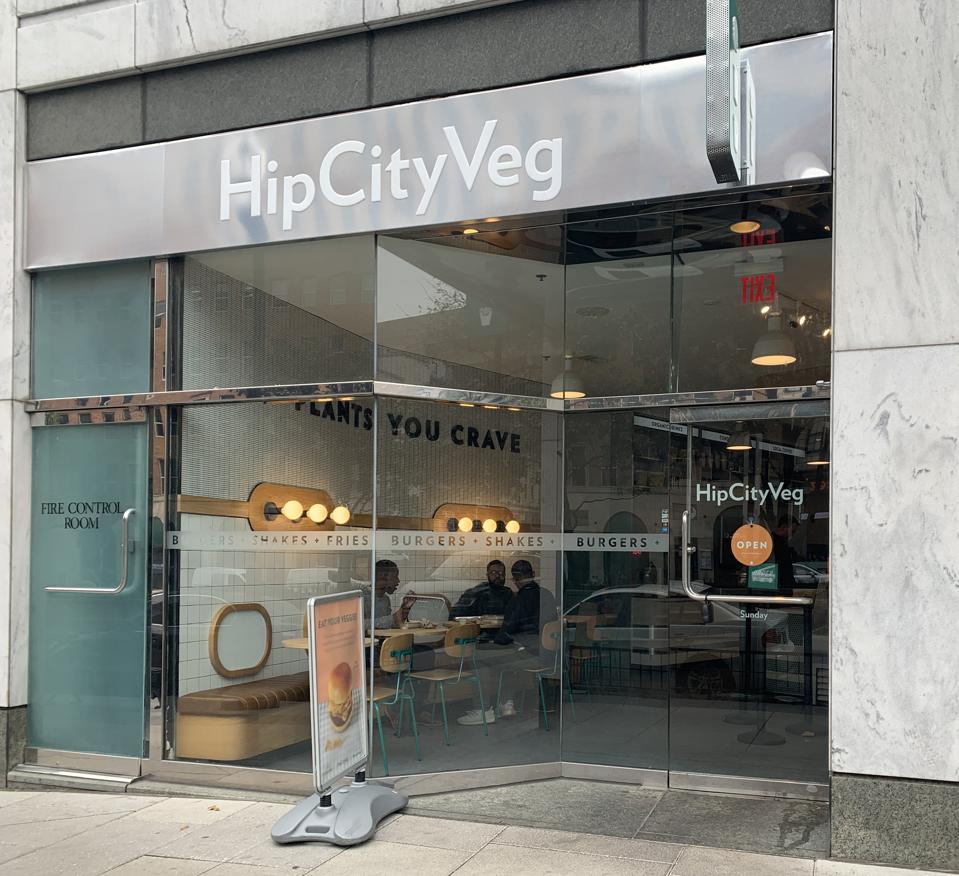 Marquis, who calls herself an eternal optimist, says she remains hopeful that the “dreams that we’ve had will be able to come true again in the future.” People still need good food, she says, no matter what else is going on. Marquis thinks the current epidemic’s possible link to eating animals, albeit likely more exotic ones in this case, could also offer a boost for plant-based restaurants in this moment.

Ultimately, “I see it as an opportunity to provide people with nutritious food,” says Marquis. HipCityVeg is offering a number of deals right now to entice consumers, value meals for families of two, four and six who are stuck together in social isolation right now.

Ran Nussbacher, owner of the plant-based Israeli fast casual restaurant Shouk, also believes the current pandemic will spur more interest in plant-based eating. The Washington, D.C.-based restaurant owner says the company’s small size and relative newness has allowed them to stay nimble right now. Though Nussbacher says they had to let a number of employees go when they closed in-house dining, the restaurant also launched an in-house delivery service that allows them to serve a wider radius than most typical online restaurant delivery platforms, about ten to fifteen miles from city center. 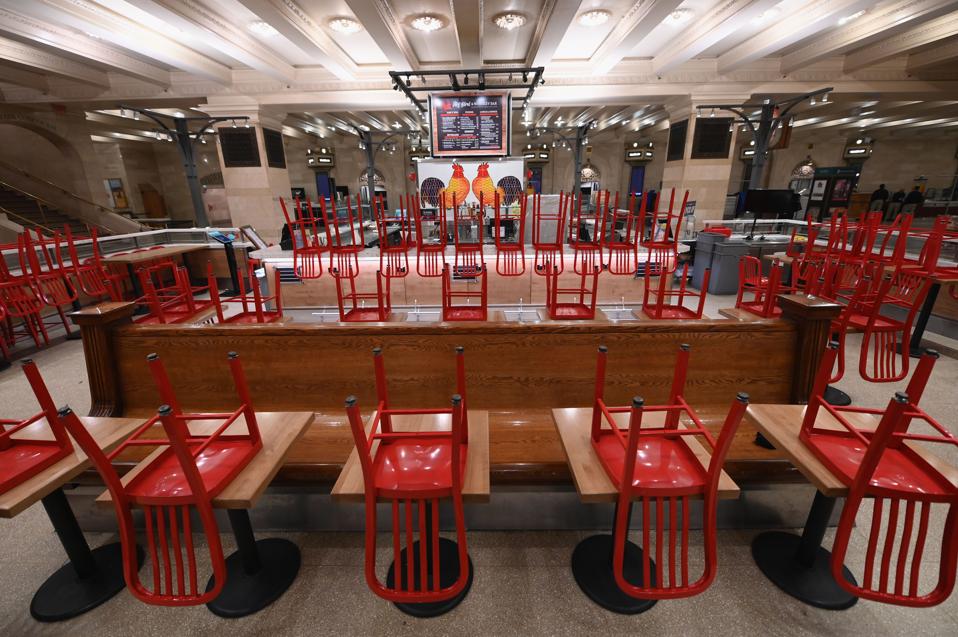 View of an empty restaurant at Grand Central Station on March 25, 2020 in New York City. – Wall … [+] Street stocks jumped early Wednesday as markets awaited a vote on a $2 trillion package agreed by congressional leaders to boost the US economy ravaged by the coronavirus outbreak. (Photo by Angela Weiss / AFP) (Photo by ANGELA WEISS/AFP via Getty Images)

It’s imperative that restaurant owners get creative right now, says HipCityVeg’s Marquis. “We’re going back to grass roots marketing so people know we’re still here, slashing costs, streamlining the menu, negotiating with vendors and landlords, taking breaks to cry it out and getting back into it,” she says.

Doran Petersan is the owner of two vegan food businesses in Washington, D.C., Fare Well Diner and Sticky Fingers Bakery. Before the coronavirus upended the business, Fare Well’s dine-in offerings had become so successful that Patersan had to remove the bakery case and other to-go options from the front of the store in order to make room for more tables. Now they’re changing everything back to make room for carry-out.

Petersan has been working long days to adapt her vegan comfort food menu for carry-out and delivery. Milkshakes and salad with dressing aren’t the best options for trekking back home, she explains, but a vegan lasagne is great for reheating. That vegan lasagne does come with a few challenges of its own, however. “I have to make sure I have vegan lasagna noodles, which are difficult to find, or I have to make them on my own,” she says.

Ingredient shortages are part of the the new normal. Last week, Petersan was struggling to find vegan basics like tofu and soy milk. But there have been bright moments amidst these challenges too, she says. Local restaurants, some plant-based, some not, are banding together to support each other. “Early on I was getting texts from people, like, hey, making a Costco run or making a Home Depot run, what do you need? It’s everything right now,” she says.

Shawn Sharkey, owner of Pow Pow, another plant-based restaurant in the same D.C. neighborhood as Fare Well, describes the long hours as working eight times as hard just to make the restaurant’s slowest days numbers. The head chef at Pow Pow, Margaux Riccio, says she’s even prepping food during the graveyard shift to lower the risk of disease spread, wearing a mask as well as the usual protective gloves while she works. Riccio says these extra measures can help restaurants earn their customers’ trust.

Marquis’ home base is Philadelphia, where HipCityVeg started and where she has two other establishments, Bar Bómbon and Charlie was a sinner, the bar she had to close per order of the governor. She and a number of other Philadelphia-based restaurateurs have since come together to petition the city, state and federal government for help for the ailing restaurant industry during this crisis, a letter now signed by over 150 eateries. “We need to push the federal government and pray for federal intervention,” urges Marquis.

“My number one priority is to keep all of us safe and keep as many of our managers employed as we can,” she adds. Marquis is hoping her advocacy efforts and creative marketing will be enough to pull the company through. “I’m an eternal optimist. I believe we will prevail, one way or another,” she says. But Marquis also knows many restaurants will never recover, something that breaks her heart for the industry.

“People assume when you’re in the same industry everyone’s enemies and it’s the exact opposite,” says Petersan. “Being the owner of a small business can be very isolating normally and now more than ever,” she says. “We’re also really tired and it’s a really scary time for us and our staff.” For Petersan, the days are long and stressful right now. It’s the camaraderie that’s helping her get through.