Breaking
ESBC Major Updates: Tons Of Heavyweight Greats Added...
How to Run Nonprofit Marketing Ads
Entrepreneurs Are Bringing Transparency To Home Buying And...
Best Incentive To Get Vaccinated: Money, Messaging, Or...
Page Level Query Analysis at Scale with Google...
How A CIO Can Align IT With Business...
Blogger of the Month: Jo, Girl Eats World
6 Things Women In Business Know That Men...
How to Use First-Party Data for Ad Personalization
Pressing Reset—Putting A Fallen Unicorn Back On Its...
How We Went Viral: Promoting Content with Influencers,...
Blame Olympic Record Price Tag For Return To...
Apple iOS 14.5 Release: Should You Upgrade?
How to Come up with Podcast Topics and...
Why Gaming Gear Company Razer Launched A $50...
Technical SEO Implementations to Increase the Impact of...
Home Business How The ‘Woke’ Capitalists Can Save America
Business 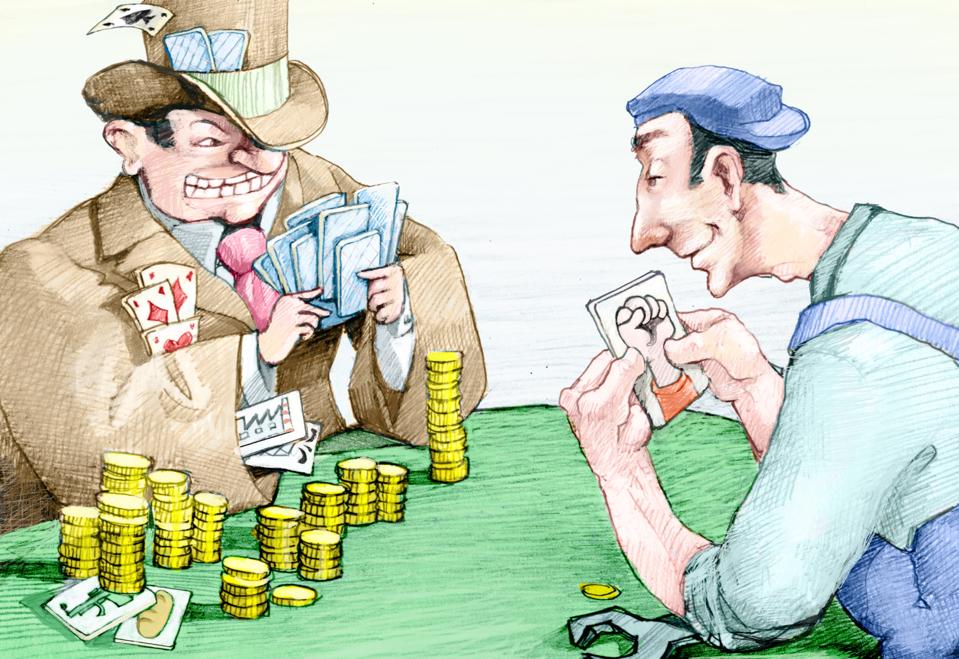 Big banks and corporations have sold themselves as new, kinder capitalists. They keep activists in … [+] line by talking up diversity and equality. How they treat American workers post-pandemic will set the political tone for years to come.

Think a green new deal is a great way to save the planet? Want to fight inequality so everyone has a chance to live a high quality life?

Let’s see which political leaders and corporations put their wokeness to work once we get over this nasty SARS coronavirus. Tens of millions of unemployed, rent-due, college plans canceled, Americans will be waiting.

Talk to an international investment fund manager today and they’re all about environmental, social and corporate responsibility. Even the World Economic Forum has made it a talking point for a good 10 years now, largely in response to the old lefty, anti-neoliberal World Social Forum that eventually fizzled out. The captains of industry and finance realized they had to rethink capitalism so the rabble wouldn’t rise up against it. They got “woke”. They all talk about diversity, equality, justice. They’re all fighting the power.

The post-pandemic period is their chance to prove their “woke” street cred.

When the dust settles, companies manufacturing in China should move portions of their manufacturing to the United States. Think of it as the New Deal from the Franklin Delano Roosevelt years post Great Depression. It put people to work building things, not just selling hotdogs and ringing people out at the new neighborhood Wal-Mart. 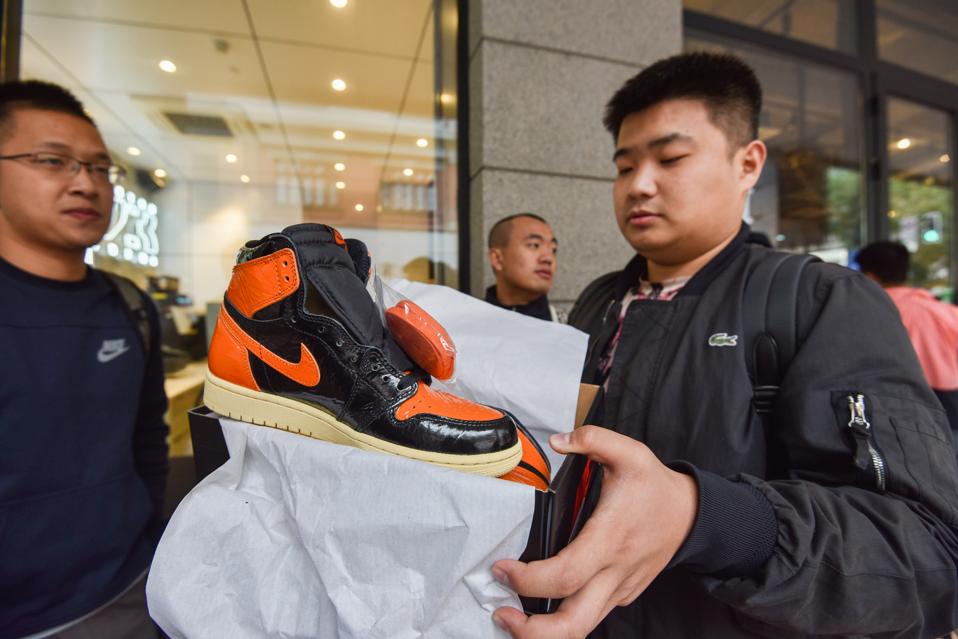 Hey Nike, why not make some sneakers in the U.S.? (Photo by STR/AFP via Getty Images)

Instead of giving China workers jobs at Nike NKE and Apple AAPL and the local ibuprofen lab, why not bring some of that here?

Multinationals don’t have to desert China, obviously. They want to be in China, they will all tell you, not because of the lackluster labor laws, and the weak environmental regulations, but because of Chinese consumers. And the Asian consumers next door. That makes business sense.

But does a shoe company need to make shoes destined for North America in China? Does a drug maker need to make in China all the chemical compounds for over-the-counter brand name drugs sold here in large numbers? Why can’t they make that here? Is that not a national security matter at this time?

What about ventilators? Why are we dependent on importing this stuff from China? So a pandemic starts in China. Everyone now agrees we got bum information from China so the tracking models on the virus can’t give anyone a decent timeline, and now we are important medical equipment from China, happily. It’s good that private Chinese companies want to help and show solidarity. But seriously? We couldn’t do this ourselves?

Can we not have a small business in the U.S. with 10 or 20 workers making these things, or disposable personal protection equipment like hazmat suits? Why does My Pillow have to start making this stuff? And General Motors GM and Tesla TSLA ? It’s a national security issue, is it not? Make it here.

Does Apple, which promotes itself on diversity and inclusion, need to make everything it sells in the U.S. in China? Does China really care about diversity and inclusion? Why this company even in an ESG fund is beyond me. A few years ago, workers from their suppliers were literally jumping off buildings to their death.

Companies need to step up after the pandemic and get laid off workers back to work, or employed in new facilities brought home from China. 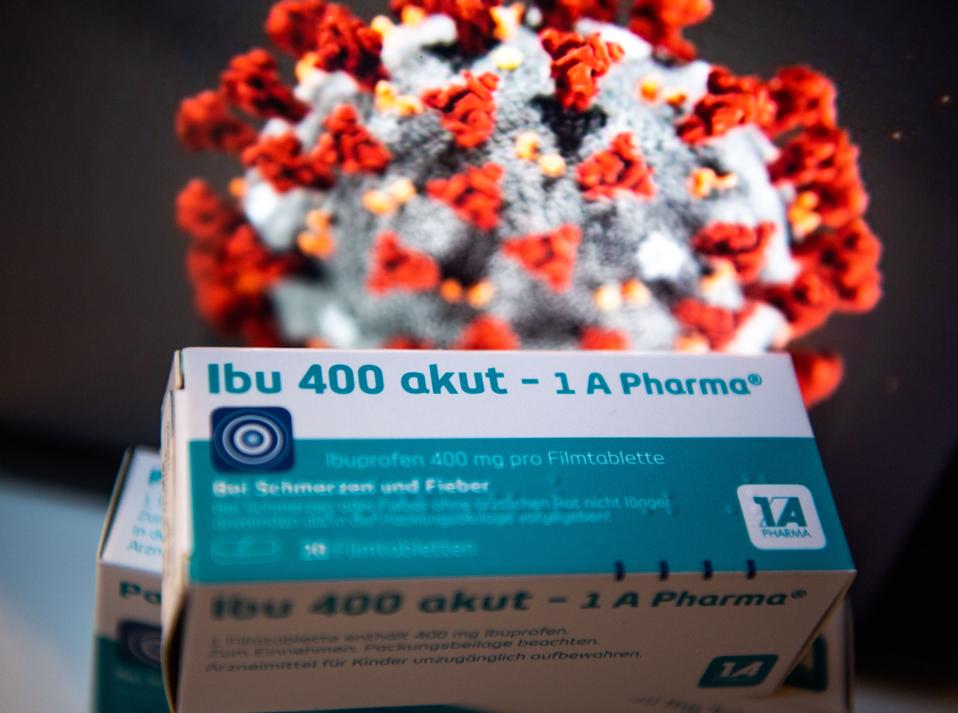 A pack of ibuprofen is placed on a table in front of an image of the coronavirus. Why is mostly all … [+] of America’s supply of this key generic drug made in China? Can’t it be made here? (Photo by Lino Mirgeler/picture alliance via Getty Images)

Want your green new deal? Fine, but don’t be importing wind turbines from Denmark and China (well, Denmark will soon be importing them all from China anyway). Make them in Detroit. Make them in Louisiana. Make the taxes right and don’t impose environmental rules that make China cheaper, like mandating the makers need a $2 million air cleaning machine if they want to stay in business. That’s not going to convince a company to come to the U.S.

Why are kitchen cabinets all made in China? Can’t we make some of them here? The buyers are here. Bring it home.

This week, Missouri Senator Josh Hawley put out a statement saying pretty much the same thing: that the American government, and corporations, can help rebuild the U.S. post-pandemic by bringing at least some essential businesses back home.

What is the Treasury Department going to do for the Irish pub head chef in Manhattan making $6,500 a month with a $2,000 a month mortgage? Pay him his full salary for as long as the lockdown is in place?

We know Americans don’t have enough in savings to cover emergencies like this. As it stands, this is literally an emergency without end. President Trump said quarantine measures might end in 30-days if the country is successful at smashing the curve of infections this month. It may go until Memorial Day weekend.

CNBC host Jim Cramer says we are all in this together. What about after the pandemic? That’s going to matter.

Getting people back to work may not be as easy as flipping on a light switch. The longer this lasts, the dimmer the bulb when that switch gets flipped.

“You might be looking at 15% unemployment for a long time,” says Jason Furman, former chair of the Council of Economic Advisors under President Barack Obama.

To put the pandemic time frame into perspective, the original SARS lasted 8 months. If this lasted as long, the U.S. will be dealing with COVID-19 patients until November.

“Payroll protections should be coupled with additional measures to bring critical supply chains back from China and overseas, to promote domestic production of all types by American workers, and to prevent Wall Street profiteering during this emergency,” says Hawley.

(Wait, is that a Republican talking?)

Firms across a wide range of industries have learned from the recent global supply chain disruptions that their operations are hostage to events far beyond their control so long as they rely on foreign countries for the production of critical inputs, he says.

Washington should create policies that reward companies that take this moment as an opportunity to invest in new domestic production facilities with federally-backed, low-interest loans, Hawley says. 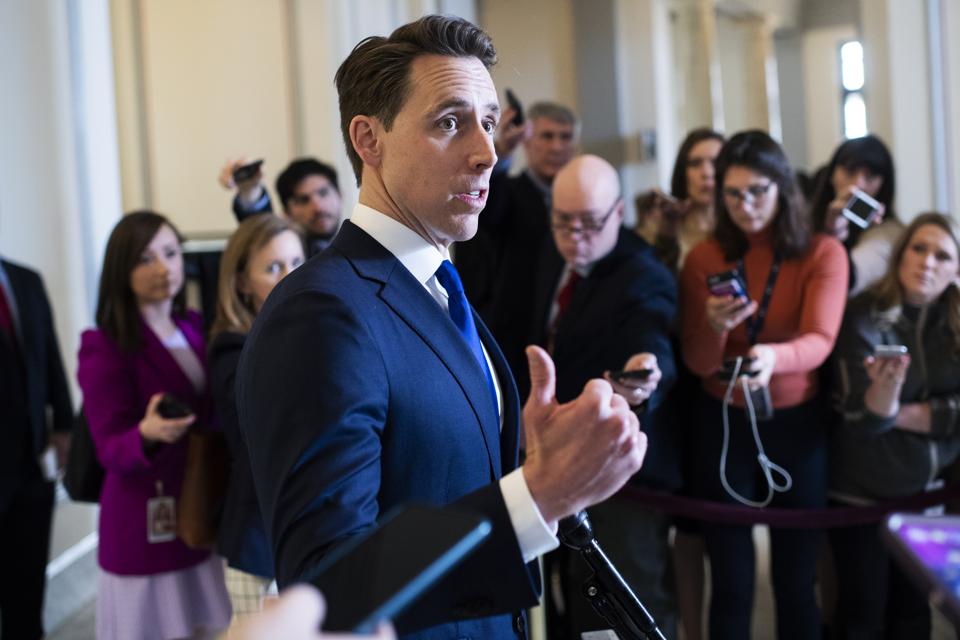 Other Senators are on board, like Arkansas Senator Tom Cotton — he thinks bringing back ibuprofen labs at the very least is a national security must.

Senator Marco Rubio has been beating the drum against China since the trade war began, saying the country needs an industrial policy that creates advanced technology manufacturing jobs in the U.S., not much different than the Made in China 2025 policy.

Political influencers like Alexandria Ocasio Cortez should be on this, instead of on the identity politics beat more geared towards the campus quad. Does identity politics pay the rent, pay for food, save for retirement and education?

If AOC wants to rage against the machine, she would be better served as a voice calling out corporations who are busy helping the Chinese job market recover, but not doing much to help her own constituents in New York, the hardest hit by the pandemic.

The same goes with Chuck Schumer, whose Twitter feed is loaded with anti-Trump messages and how if not for him and his party, the whole country would be a hell hole. How is this helpful?

It’s not. It’s no different than Trump complaining about Obama not storing enough N95 masks and hazmat suits somewhere. If you have to blame someone or something, blame China; not Obama. Not helpful. 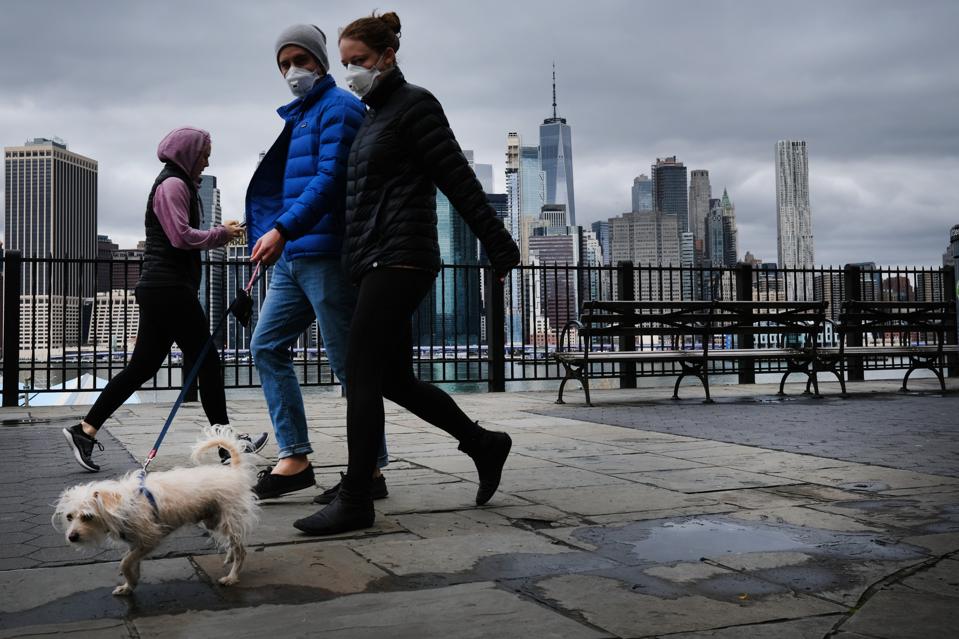 New York City is the Wuhan of the U.S. The Center for Disease Control and Prevention is advocating … [+] for surgical masks to be worn in public as the mysterious new SARS continues to spread like wildfire. (Photo by Spencer Platt/Getty Images)

But it’s one thing to build in China for the sake of the Asian consumer market, another to build it there because it’s cheap and is easier to throw paint chemicals down a river. Not woke!

Essential equipment and supplies should be brought back to the U.S. in any recovery effort post-pandemic.

Judging by the millions getting laid off each week because of forced government closures of private businesses, the job market is going to need all the help it can get.

Let’s see who is serious about making that happen, and taking care of their own home turf. Let’s see where political will lies: with the lumpen masses they all profess to care so deeply about, or is their energy better spent bashing their political opponents?

My money is on the latter. It makes for better media!

If corporate America fails post-pandemic, then their messaging of “woke capitalism” will get Wall Street and big multinationals exposed. You want to play nice? Play nice.

Otherwise, people will just become increasingly angry. They will demand the kind of politics that may not be of use to free marketeers, let alone to the masses themselves who may be, begrudgingly, forced into a state dependence instead of the market for survival.

It won’t be their fault. They’ll know who to blame.

Is The Coronavirus Outbreak Making You Anxious? Here’s Why This Happens And Some Tips For Coping