Breaking
Everything You Need To Know About EMI Option...
Social Security’s Government Pension Offset (GPO)-A Common Sense...
5 Practical Tips for Small Businesses Going Through...
Part II: How To Optimize Product Ownership In...
How Zoom Conquered Video Conferencing
How To Meet Customer Expectations This Holiday Shopping...
How To Maintain A Healthy Co-Founder Relationship: Nine...
A Technology Solution For Muni Bond Disclosure
Five Common Ways To Fund A Small Business...
Your Floss Pick Habit Is Killing The Planet,...
Customer Service Recovery: Six Keys To Turn Complaints...
10 Unique Habits To Positively Impact Your Productivity
How Becoming A Learning Organization Is Key To...
IRS Increases Enforcement On Cryptocurrency: What This Means...
Optimus Prime Finally Gets The Diaclone Update He...
No, There Isn’t A Black Hole At The...
Home Entrepreneurship How This Accountant-Turned-Entrepreneur Succeeded By Doing One Thing Amazingly Well
Entrepreneurship 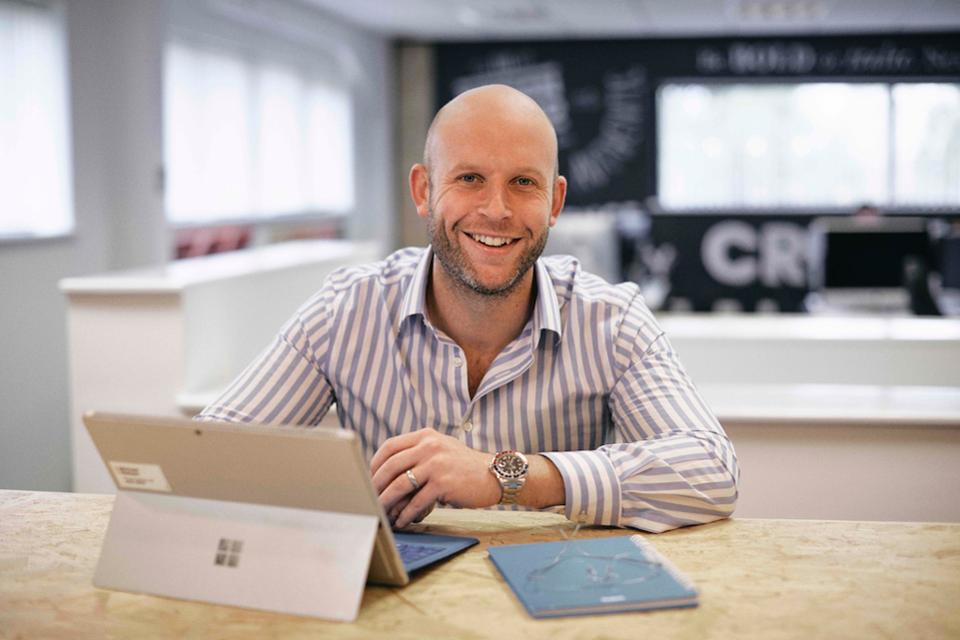 At school Michael Gietzen dreamed of pursuing a City career in finance. When a family friend recommended that he first trained as an accountant he did. The move ultimately led him to becoming managing director of live events agency Identity Group currently ranked one of the U.K.’s top 100 fastest growing companies.

He says: “I can’t say I loved accountancy, but I did enjoy the auditing side, interrogating company financial information and meeting hundreds of business owners. I could see what the good ones were doing and what others weren’t doing so well. That’s when I knew I wanted to be a business owner, too.”

The transition to entrepreneur began eight years ago when Gietzen, then a 26-year-old newly qualified accountant working in a small accountancy firm, was asked by his father to look over the accounts of his small exhibition company, which focused on signs and exhibition stands. It was experiencing the effects of the financial crisis and he was thinking of winding it down or selling it.

On reviewing the accounts, Gietzen had the feeling that he could make something of the business. He decided to join it, initially as a director in a financial role, but quickly realized that his real passion was for the creative and sales side of the business.

The business was renamed Identity. Within two years, when his father decided to step down Gietzen was ready to buy the business and lead from the top. “We agreed an amount and financed it out of future earnings, because that’s what dads allow you to do,” he says.

In 2009, with the UK economy at rock bottom, Gietzen knew he needed to explore new revenue streams and started diversifying.

“We introduced a signage arm, bought a promotional products company, and in 2014 developed the digital department to provide online marketing to businesses,” he says.

There were now four parts to the business, all geared towards the live events industry. The one thing the company wasn’t doing was live events. By the end of 2014, with the business was in a better place, cash in the bank and a growing team, Gietzen was ready to make some big changes.

He says: “The lightbulb moment came when I read Gary Keller’s book, The One Thing, and his core message to simplify your work load by focusing on the one most important thing. We were spreading ourselves too thinly across numerous smaller aspects of events but not delivering the entire live event ourselves. We had a great team, but to realize our true potential something radical had to change.”

Overnight Gietzen made a big decision, and the next morning started dismantling the business. He says: “We handed projects over to other suppliers, honored whatever contracts we had in place and began focusing like a laser beam on one thing; delivering full service live events.”

In 2015, with its new full service offering and Identity began visiting shows and networking events and exploring its existing clients for any event-based opportunities. Gradually it started picking up some smaller clients in the live events sector.

The focus was then on bringing control and expertise in-house, including a great production team, experienced project managers, and talented creatives.

“I didn’t care how much they cost, if they were great at what they did, and happy to relocate to our base in Eastbourne, in East Sussex, I found the money and hired them,” says Gietzen.

Being based 83 miles from London proved challenging, as the city was where they had to source talent once the local supply was exhausted. “Eastbourne is not a natural draw,” he says. “However, once they met us, experienced life by the sea, and arguably a better work-life balance away from the capital, they were happy to relocate.”

The team started landing bigger contracts, eventually delivering multi-million-pound events as the lead agency. Last year these included the 70th NATO Leader’s Meeting and the London Conference for the Defense of Media Freedom, jointly hosted by the British and Canadian governments. In addition, Identity was delivering live events for global brands such as Siemens, Harley Davidson, and Google.

The journey has not been without its challenges, and as a self-confessed ‘numbers man at heart’, Gietzen knew the importance of a business having its house in order and some money in the bank.

“At the same time, you need to take risks, calculated risks, and go with your gut,” he says. “I have a ‘go for it’ fund, of around £50,000 annually, that my board lets me to throw at something that could be an amazing business opportunity. As a business risk fund it’s there to be lost, but it’s proved mostly very beneficial.”

Today the business employs around 100 people and is on course to turn over more than £30 million ($40 million) this financial year, up from £9 million ($12 million) the previous year. Sixty per cent of sales now come from international work.

Identity achieved a ranking in the Sunday Times Virgin Atlantic Fast Track Top 100 and has been shortlisted for a Queens Award in Industry and Trade 2020.

Gietzen remains fiercely ambitious for the company that he took on all those years ago, and his goal is to deliver the likes of the Adobe Summit, Cisco Live and Davos World Economic Forum.

He says: “My accountancy training has served me well in running the business, brokering deals and negotiating finance. However, I have to credit to Gary Keller with our initial success. His book gave me the courage to change the direction of the business by focusing on one thing and doing it well. Our ongoing success is definitely down to the team of talent that we’ve been lucky enough to attract and keep.”

What Can The Browns Learn From The Super Bowl LIV Participants?