Imagine waking up at the crack of dawn to walk down to one of the world’s most eastern beaches to watch the sunrise. Then picture looking to your left and then right and not seeing a single person. The realisation that you are one of the first people in the entire world to watch the sunrise is a surreal and precious experience. In a world where we as people are looking for more off-the-beaten-path experiences from climbing mountains to harsh climate treks, something so simple as watching the sunrise, as it does every day, is a basic but much-cherished experience. I was lucky enough to encounter this exact experience several years ago. 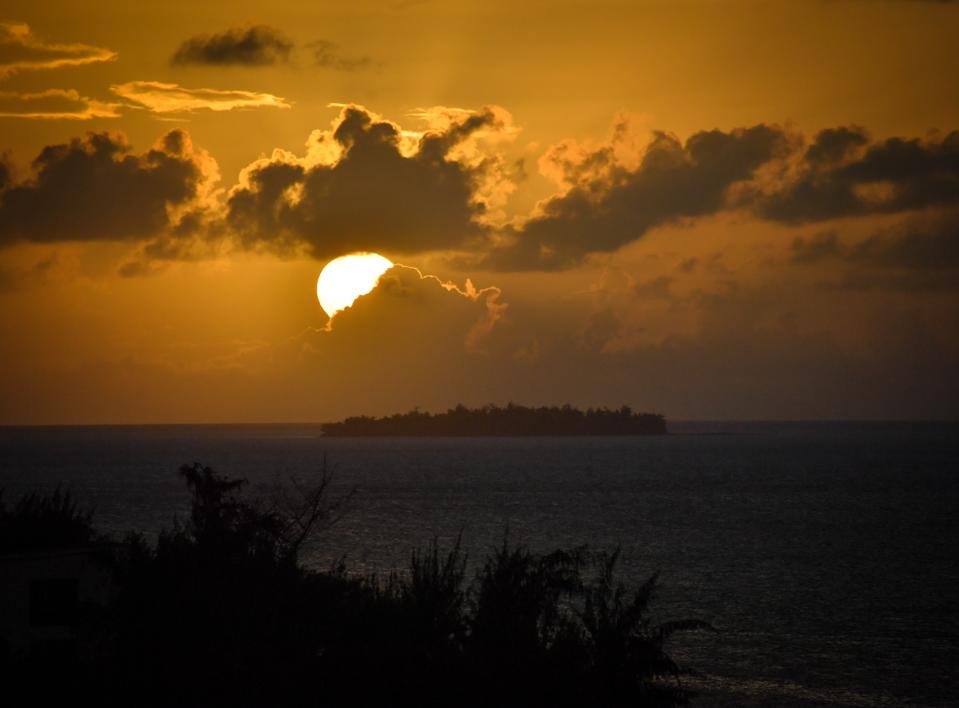 NORTHERN MARIANA ISLANDS – OCTOBER 21, 2018: A sunrise over Isleta Managaha off Saipan Island, one … [+] of the Northern Mariana Islands, in the Pacific Ocean. Yuri Smityuk/TASS (Photo by Yuri Smityuk\TASS via Getty Images)

Back on New Year’s Eve of 1999, when a large proportion of the human race believed the world could change as we knew it when the clock hit midnight, the remote and unknown islands of Kiribati experienced an influx of year 2k tourism.

The internet was relatively new, and it seemed that when digital clocks hit 2000 anything was possible. Theories of aircraft falling out of the sky and the earth exploding into a ball of flames were rife.

Some people paid thousands of dollars to fly to the most remote part of the earth, to be the first people to witness the sunrise. The place was The Republic of Kiribati. When the year 2000 appeared, the world simply carried on as normal. To many people, you might think that this was a huge waste of money, but to others, traveling to Kiribati is well worth it. 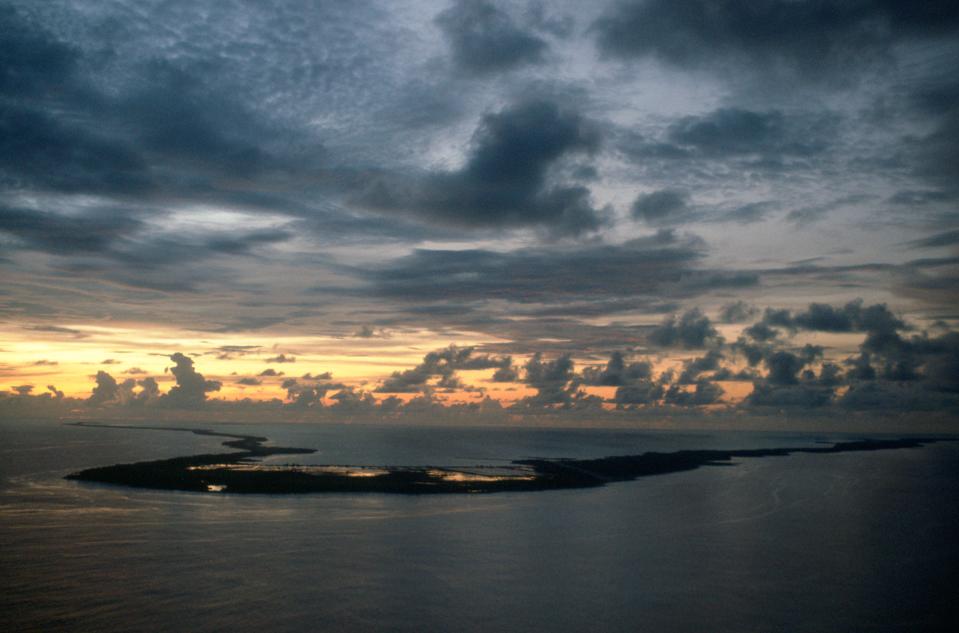 KIRIBATI – JANUARY 01: The island of Kiribati in the South Pacific. (Photo by Tim Graham/Getty … [+] Images)

I visited Kiribati several years later, and by this time, the International Date Line had moved, which meant that now, an actual inhabited island in Kiribati was indeed, and presently is one of the very first inhabited islands, that we know of, to witness the sunrise.

Kiribati’s flag is so unique but understanding of its location that it illustrates the sun emerging from the Pacific Ocean. This is the only nation in the world to span all four hemispheres across 3.5 million square kilometres. A grouping of 33 coral atolls across the largest ocean in the world. 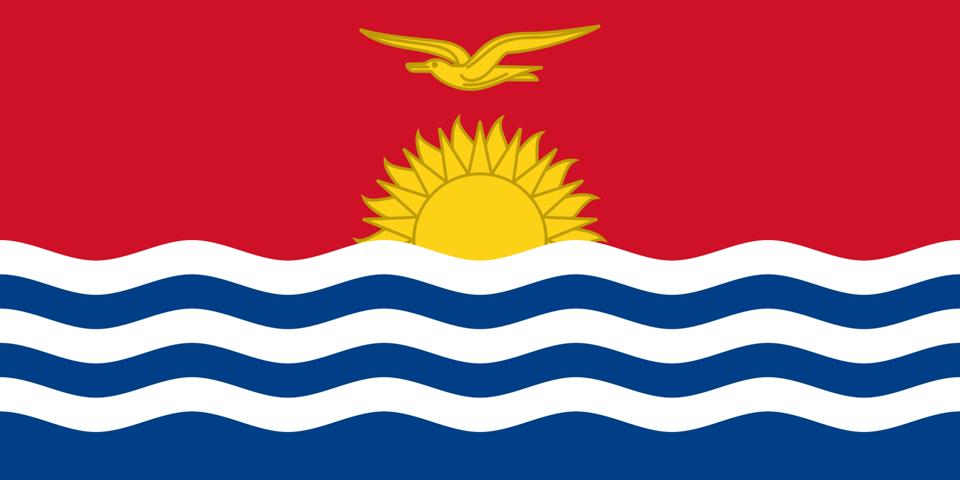 (GERMANY OUT) Flag of the Republic of Kiribati. (Photo by Probst/ullstein bild via Getty Images)

Interestingly, back in 2011 Samoa and Tokelau skipped an entire day when they moved Westwards to realign the other side of the International Date Line to conform with trading partners in the region. When I traveled around the region in 2010 I have memories of short 90 minute flights departing at 11pm and crossing no only midnight, but also the Date Line, meaning that the quick flight landed two days later. That problem no longer exists, but for anyone looking at a map of the International Date Line you will notice that the imaginary line is certainly not a straight line.

With Kiribati being spread out over a huge expanse, one of the most Easterly inhabited islands of Tarawa is actually slightly further East than some of Hawaii’s most Westerly islands, which are an entire day behind. 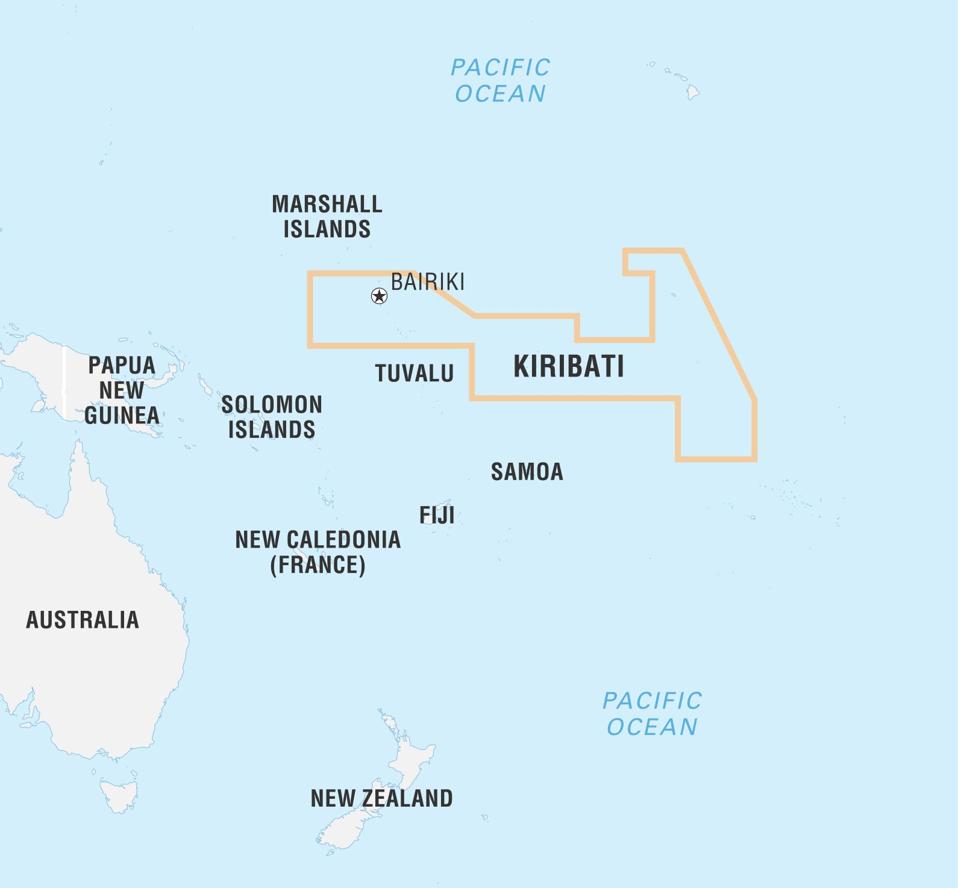 That makes for the experience of a lifetime. Not only is Tarawa one of the most Easterly inhabited beaches in the world, it is truly stunning. You may not know it from todays gorgeous turquoise waters and tranquil beaches but this tiny atolls was also the setting for one of the most bloody battles of World War Two.

The Battle of Tarawa was fought here between the U.S. and Japan on 23 November 1943, leading to the loss of over 6,000 lives. Estimates calculate that over 97% of Japanese troops on the atoll were killed. 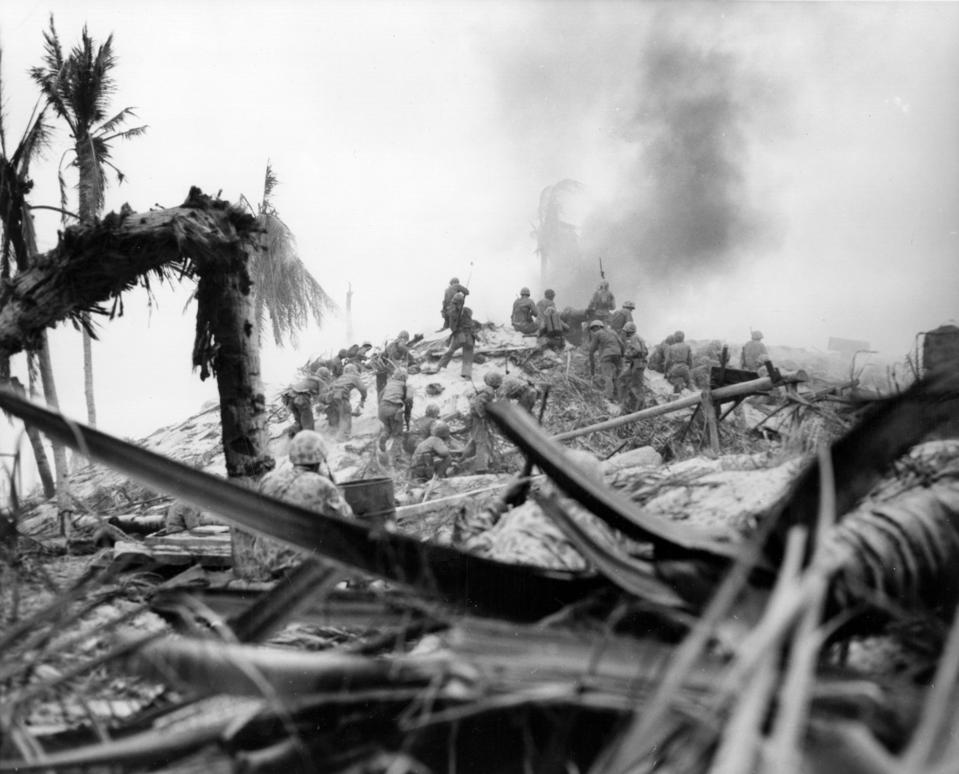 US Marines storming the island of Tarawa in the Gilbert Islands during war in the Pacific. (Photo … [+] by Obie Newcomb Jnr/Getty Images)

So if you’re looking for a remote and off-the-beaten-path destination with history, and want to be one of the very first people to watch the sunrise, head to the tiny and remote atoll of Tarawa in the Pacific Ocean.

Most Anticipated Rock Albums Of 2020: Evanescence, Pearl Jam, The Killers And Green Day

There Is No Console War Because Xbox Moved...