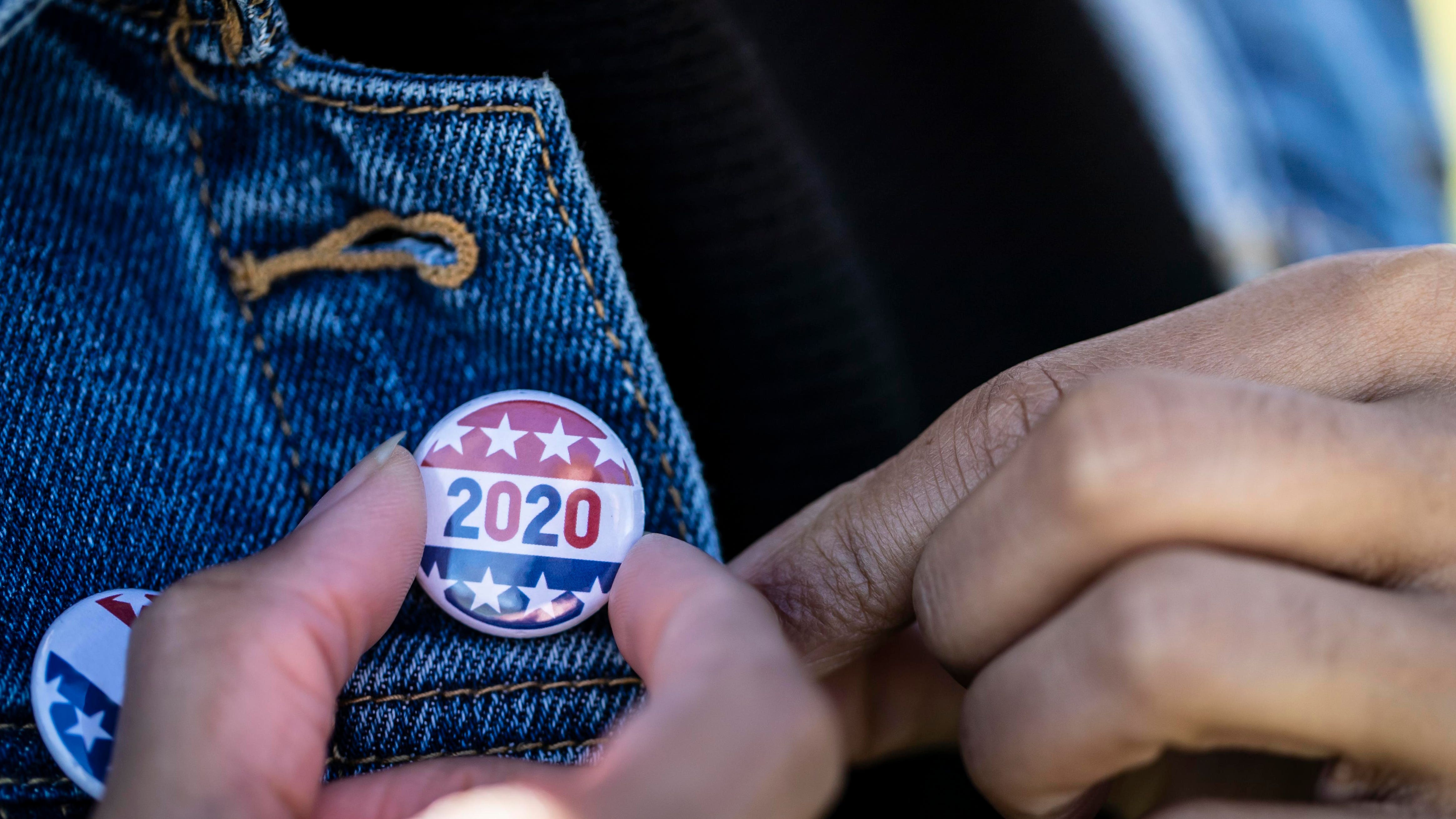 Record numbers of Americans could cast ballots in the 2020 election. These same voters should be casting a wary eye about political scams. This has nothing to do with the much-discussed topic of potential voter fraud, designed to dishonestly swing election results one way or another. Rather, these election scams aim to steal your personal information and your money.

Eva Velasquez, president and CEO of the San Diego-based Identity Theft Resource Center, puts these scams under the umbrella of “imposter scams.” An imposter scam happens when someone reaches out to you and takes on a trustworthy persona in order to rip you off.

Organizations like AARP, the Better Business Bureau and the Identity Theft Resource Center are actively campaigning to warn Americans about a ballot box full of political scams. Here are four of these scams and how to avoid being duped by them.

1. Would You Like to Donate to Your Favorite Candidate?

The Better Business Bureau explains that some phone fraudsters try to trick you into donating to a certain political candidate. However, your money won’t go to that candidate. Instead, it’ll go into the crook’s pocket.

Your phone rings. It’s a robocall. A recorded voice asks you to chip in money for a candidate’s campaign. The campaign urgently needs the cash.

If you decide to give to the candidate, you’ll be switched to a real person who then asks for your credit card information. In these scams, not a penny of the money will go to the candidate, though. The con artist will grab your money or will use your data to steal your identity, or both.

If you don’t recognize the phone number when it pops up on your caller ID, don’t answer the call. The Better Business Bureau recommends checking whitepages.com to see whether the number has been flagged as potentially fraudulent.

Velasquez suggests that if you do want to donate to a candidate or cause, you should head directly to their official website to make a contribution.

To help weed out spam calls, the Better Business Bureau recommends signing up for the national Do Not Call Registry. While this won’t stop scammers from pestering you, it should cut down on the number of legitimate marketing calls you get, thereby giving you a better grasp of which calls from unfamiliar numbers might be fraudulent.

2. Would You Like to Donate to Our Political Action Committee?

Typically, a political action committee (PAC) raises money for a political candidate or a cause. There are thousands of legitimate PACs. However, some so-called sham PACs target potential donors to collect money that primarily winds up paying fundraising costs and padding the organizers’ pockets.

AARP explains that sham PACs aggressively go after donors by phone, mail and social media, often setting their sights on vulnerable older Americans. A sham PAC might mention the name of a high-profile political or media figure to pump up their efforts, or might “press ideological hot buttons,” AARP says.

In one case cited by AARP, a Maryland man set up several scam PACs to pursue donations for a phony initiative to get out the vote and to protect election integrity. The man swindled millions of dollars from his victims, the FBI says.

Figure out before you donate to a PAC whether it’s on the up and up. To do this, check out the website of the Federal Election Commission or the Center for Responsive Politics.

AARP advises that you not donate to a PAC that does not inquire about your citizenship or employment status. Why? A legitimate PAC can’t accept donations from federal contractors or foreign nationals, so it must ask for citizenship and employment information.

During election season, political pollsters will scour the country, often by phone, to gauge the opinions of Americans. But some “pollsters” actually want to pick your pocket, not your brain.

You receive a call from a supposed pollster. The person dangles a gift card or another incentive if you offer your opinions. But in order to get the goodie, you need to give up your credit card number to pay shipping or taxes. AARP warns this is yet another tactic meant to swipe your money or your identity.

If someone claiming to be a pollster promises a prize, simply hang up the phone.

4. Would You Like to Cast Your Ballot by Text?

Some scammers exercise their ability to rip you off by persuading you to exercise your “right” to vote via text message.

A text message pops up on your phone urging you to cast your vote by text. The text includes a link where you supposedly can vote electronically. But, according to the FBI, voting by text isn’t allowed anywhere in the U.S.

“Believe me, there are still some people that will not realize that you can’t vote via text,” Velasquez says.

First of all, don’t click on any link that encourages you to vote by text, Velasquez says, as it’s likely a fraudster trying to coax personal information out of you. Secondly, learn how and where to lawfully vote in your area by visiting websites like those of the National Association of Secretaries of State or the U.S. Election Assistance Commission.

The 2020 elections provide yet another opportunity for scammers to pursue potential victims—in the same way that, as more and more financial transactions have moved to the web in response to the Covid-19 crisis, it pays to be vigilant about your online and mobile banking information.

Velasquez urges people to stay on their toes when it comes to election scams, particularly since the coronavirus pandemic and accompanying recession have mentally drained so many of us.

“People are fatigued. They’re tired. And the scammers know that,” she says.

All it takes is one fatigued person to be ensnared by a pre-election scam for a fraudster to reap the reward of trying and failing to fool hundreds of other potential victims, Velasquez says.

Is A Blended Office Model The Future Of Work?