Home Business How To Fix The Utah Jazz Bench
Business

How To Fix The Utah Jazz Bench 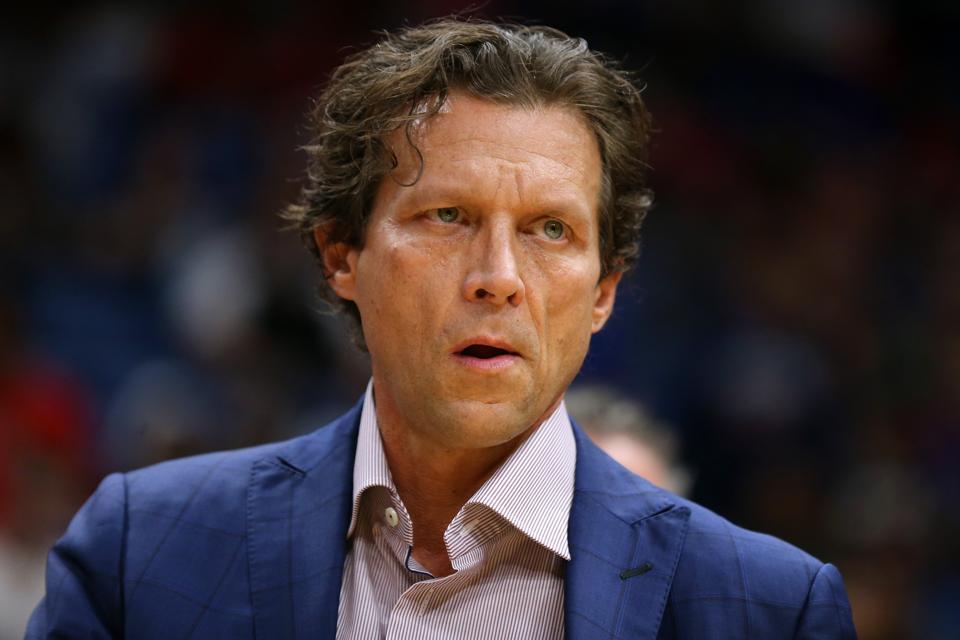 NEW ORLEANS, LOUISIANA – OCTOBER 11: Head coach Quin Snyder of the Utah Jazz reacts during a … [+] preseason game against the New Orleans Pelicans at the Smoothie King Center on October 11, 2019 in New Orleans, Louisiana. NOTE TO USER: User expressly acknowledges and agrees that, by downloading and or using this Photograph, user is consenting to the terms and conditions of the Getty Images License Agreement. (Photo by Jonathan Bachman/Getty Images)

The Utah Jazz have a couple of the strongest five-man lineups in the NBA. Their bench is a borderline disaster.

The team’s overall net rating of plus-1.4 is right in the middle of the pack, thanks to some alarmingly bad reserve units.

HoopsStats.com’s efficiency recap pegs the Jazz bench as the third-worst in the NBA. Only the Portland Trail Blazers and Houston Rockets are worse.

Three of the individual backups on the Jazz have some of the absolute worst net rating swings (the difference in the team’s net points per 100 possessions when a given player is on and off the floor) in the league.

Among all players with at least 190 non-garbage time minutes (the amount Ed Davis has), Georges Niang is dead last, Davis is third-worst and Jeff Green is sixth-worst.

Overall, the team is minus-36 in the 80 minutes those three have shared the floor. If that feels like a small number to you, bear in mind that Utah is plus-34 on the year. So, essentially, those 80 minutes have cut the Jazz’s season-long point differential in half.

Now, it also bears mentioning that things aren’t all bad. Emmanuel Mudiay has been a pleasant surprise, especially of late. His net rating swing ranks in the 72nd percentile. His box plus/minus is still below replacement level, but he’s averaging 16.0 points, 5.7 rebounds and 5.2 assists per 75 possessions. His true shooting percentage is about a point and a half below league average.

It’s not a great statistical profile, but it’s at least a silver lining when compared to the bench overall.

Is there anything the Jazz can do about this? Could Quin Snyder switch up the rotation? Are there any realistic trades the front office could make? Or, does the team just have to wait and hope that some of the current reserves start playing better?

In terms of rotations, Snyder might have to do everything he can to avoid minutes in which Mitchell and Bogdanovic are both off the floor. Such lineups have been rolled out for 130 minutes this season. That may sound insignificant, but the Jazz managed to get outscored by 48 points in those minutes.

There’s also a player making over $9 million per year who’s never been given a chance at anything resembling a consistent role from Snyder. Injuries contributed to that too, but Dante Exum’s biggest roadblock has always been the way he’s coached. It wouldn’t be uncommon for a young player to notice being held to a different standard than anyone else on the team. At this point, he plays scared. But, given what we’ve seen from Niang, Green and Davis this season, it’s hard to justify not even giving Exum a chance. His defense and slashing would help alongside Utah’s better players. Consigning those abilities to the bench and garbage-time minutes is tough to justify.

On the trade front, if Snyder maintains his refusal to play Exum, it’s time to see what he might yield on the trade market. Coaching may have effectively destroyed any trade value he might have had, but he’s still 6’6” with one of the quickest first steps in the league. Could the Jazz get a rotation player for Exum and a first-round pick?

A more radical approach might be shopping Conley. To be clear, this isn’t something Utah should pursue aggressively. There’s still plenty of time for Conley to turn things around, but his lack of size is a problem next to the also-undersized Mitchell, who might have a higher ceiling at point guard. Conley’s also in his age-32 season, posting an abysmal 49.1 true shooting percentage and playing just above replacement level, according to box plus/minus.

Conley’s trade value might be shot right now, as well, but perhaps attaching sweeteners to his deal could get a rotation wing back. Or, his slightly-less-onerous contract might be enticing enough to the Oklahoma City Thunder to move Chris Paul, as suggested by ESPN’s Tim MacMahon.

Again, anything involving Conley shouldn’t be much further than the exploratory phase right now, but Utah should at least be whispering about it around the front office.

“I get the options are limited with Conley out,” Forbes’ Ben Dowsett wrote. “…but rolling out the same bench rotation that’s just getting destroyed night after night feels like banging one’s head against a wall.”

“It is time, in my humble opinion, for someone — Quin, Dennis [Lindsey], Justin [Zanik], whoever — to do something about [the bench],” the Salt Lake Tribune’s Andy Larsen added.

“In all seriousness, it is so obvious why the Jazz bench struggles,” Salt City Hoops’ Clark Schmutz tweeted. “They have 3 guys who are lazy on close outs, terrible at fighting through screens and don’t move or pass on offense. And 1 guy who isn’t an NBA athlete.”

At this point, it’s clear to just about everyone that the bench minutes are a problem for the Jazz. It’s time for the decision-makers to do something, anything, about them.

10 Common Mistakes To Avoid When Exiting Your Business

Here’s Why Mase Called Out Diddy For His...

The Future Of Healthcare: Data-Driven Personalized Medicine At...

Summer Walker Tells Usher To ‘Come Thru’ In...