Breaking
4 Tips For Attracting Your First ‘Dream Client’...
Want To Generate More Sales This Holiday Season?...
Your ‘Harvest Moon’ Moment Is An Illusion: Why...
Google Meet’s Unlimited Calling Will Continue To Be...
The Need For Speed-Is Quantum Computing A Good...
Stock Market Crash: The End Game Approaches
Best Video Conferencing Software
House Democrats Debate Bill To Allow Student Loan...
For These Indigenous Artists “Land Back” Is Both...
The Current Tech Stock “Bubble” Reflects Pessimism, Not...
A Look At What’s Inside House Democrats’ New...
Page Authority 2.0: An Update on Testing and...
How Public Health Experts Are Harnessing The Power...
This Husband And Wife Built A Luxury Brand,...
This Husband & Wife Built A Luxury Brand,...
Luxury Footwear Brand Chelsea Paris Re-Launches And Stays...
Home Business ‘How To Lose A Guy In 10 Days’ Inspired This New Feminist Romance Novel With A Biracial Heroine
Business

Author Andie J. Christopher, 38, has been reading romance since she was a preteen, but it was watching the romantic comedy How To Lose a Guy in 10 Days that inspired her new novel, Not The Girl You Marry (Berkley). Christopher told me in an interview that when she watched the 2003 film starring Kate Hudson while trying to come up with plot ideas, she “was struck by how much times had changed. The theme was the heterosexual women do all these things that turn guys off in the early stages of a relationship, and that hasn’t been my experience or my girlfriends’ experiences at all.” 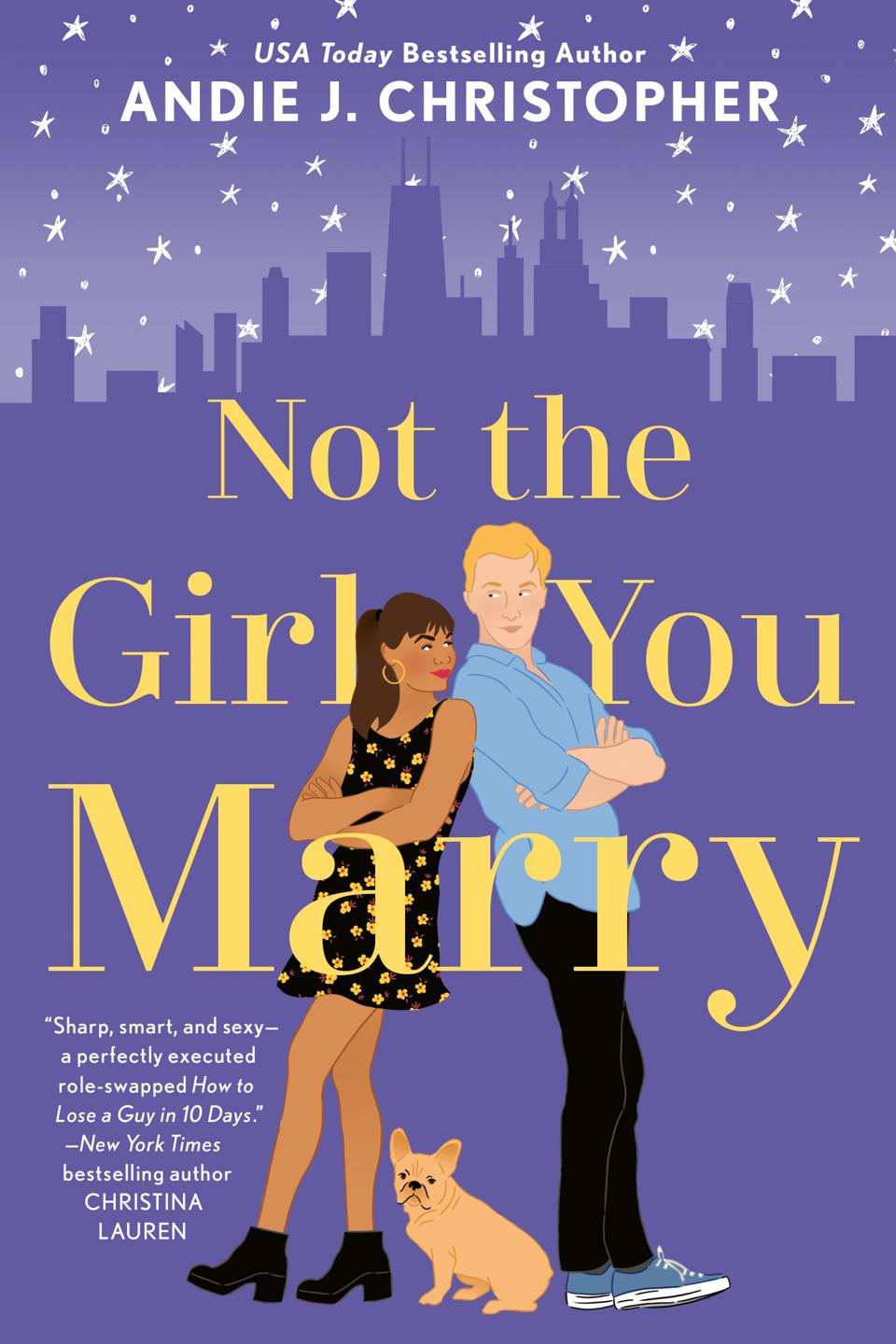 So, inspired by the film and her own romantic life, she set about to write a modern version. What’s happened to the dating world over the last 16 years specifically that Christopher wanted to see reflected on the page? “For the most part, cishet dudes seem to be the ones sabotaging their chances by sending dick pics, being flaky, and generally being disrespectful—particularly on dating apps. So, I thought the trope could really use an update.”

Whereas in the film, Kate Hudson’s character Andie writes an article about the title how to, in Not The Girl You Marry, Hannah and Jack agree to date each other for two weeks, with each telling themself their career promotion opportunities are more important than their attraction. He’s angling to move out of being a viral video star at his local Chicago newspaper and report hard news, while she’s vying to move up the event planning ladder. He has to treat Hannah like dirt and document it in his column, while she must bring Jack to a wedding for work purposes to show she’s actually interested in helping brides celebrate their big day.

The trope of a pair sabotaging what could be the start of a budding relationship for work purposes has particular appeal to Christopher’s generation. “I think millennials and Gen Z folks have to hustle a whole lot more than our parents did,” noted Christopher. “It seems like we all have two or three jobs that completely soak up our time and energy. But we still want love and belonging and have to balance survival with romance. I think explicitly having that as the drive behind the plot is interesting to explore.”

Christopher, also the USA Today bestselling author of self-published romances Full Contact and Biker B*tch, got her introduction to reading romance at 11 or 12. “Romance was primarily what my mom and grandmother and aunts read, so those books were always around. Once I started reading romance, I never stopped. The first romance authors that I really remember making an impact were Johanna Lindsey and Beverly Jenkins.”

She started her initial foray into writing in the genre at a young age, penning epilogues to her favorite books borrowed from her grandmother’s category romance collection, but says “I didn’t start writing romance seriously until about six years ago.” When her therapist suggested writing as a creative hobby, Christopher knew exactly what form that would take. “I never considered writing anything but romance because that’s what I really enjoy reading,” she explained. 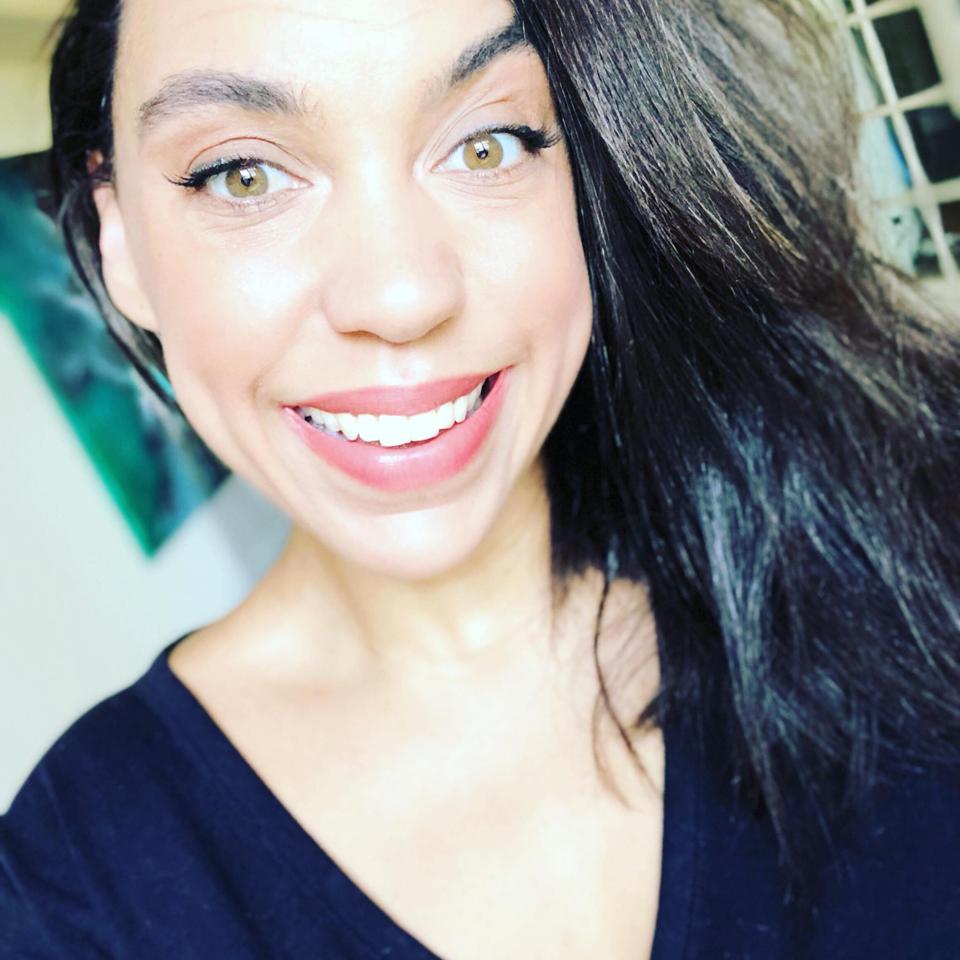 Christopher didn’t just have a pop culture inspiration for her new novel, but a deeply personal one. “I think my frustration with dating as a cisgender, heterosexual woman was really the genesis of the story,” she said. “Like Hannah, I’ve sort of given up on finding someone because I find dating to be so unpleasant that I’ve opted out. I generally write stories so that I can understand something about myself or the world better, and I think I wrote Not the Girl You Marry so that I could understand what type of man a woman as jaded as Hannah (i.e., me) could fall for.”

In addition to some of the pitfalls of modern dating explored in the book (Jack meets Hannah while his friends are scrolling through dating apps and disparaging women’s looks), Christopher used her experiences  as a biracial woman to inform Hannah’s dating adventures. “I sometimes feel as though white authors will write in a biracial character to add diversity to their books without delving into how that shapes a character. I really wanted to explore what that has meant to me in my real life, specifically as it relates to my romantic life,” said Christopher.

The response to this approach has been gratifying for Christopher. “One of my favorite things is when readers message me to tell me that they feel seen when they read Hannah and Jack’s story,” she said. “It literally brings tears to my eyes every time. I think it was important to me that Hannah shared my experiences because I felt like I could really dig in and explore how her identity has affected relationships in the past and show how she deserved to be treated by her love interest. That’s why I had Jack treat her identity with tact and curiosity instead of projecting his own ideas on to her.”

Hannah is an outspoken feminist who doesn’t tolerate sexist men, and mentions of feminist buzzwords such as “toxic masculinity” abound in the book. This is something Christopher says she doesn’t consider a “conscious choice” because “My feminism is part of who I am. All of the women I grew up with are feminists. All of my friends are feminist—regardless of gender. It just flows from that that my books are going to have a feminist bent. I’m all about smashing the patriarchy, one rom com at a time.”

Next up for Christopher is Not That Kind of Guy (Berkley), out April 14, set in the same world, starring Jack’s sister Bridget. “In that book, I’m exploring the intersections between race and gender and class—but with comedy.”