How To Read Your Form W-2 At Tax Time 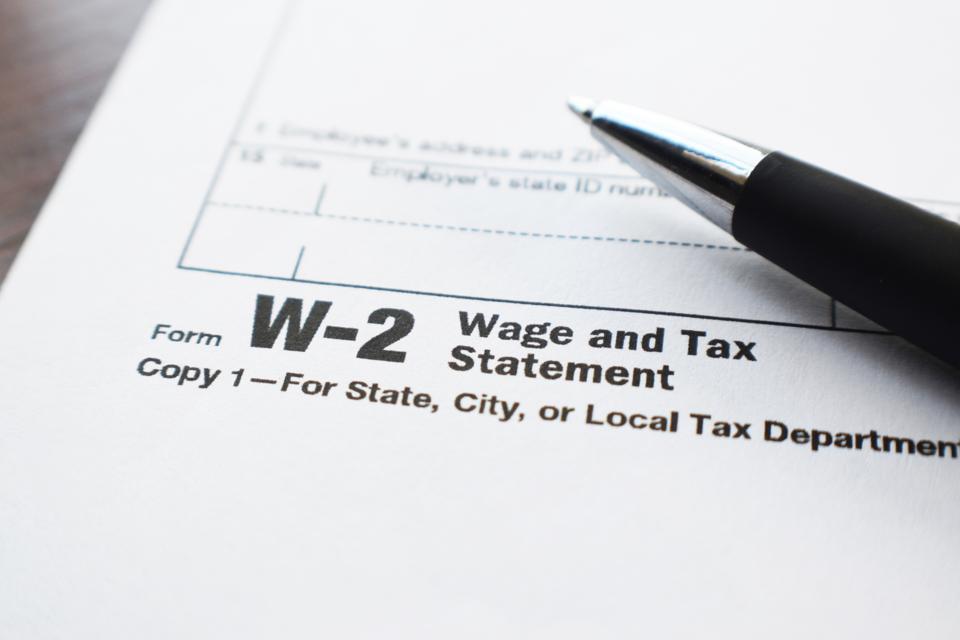 With tax season in full swing, you probably have several tax forms either in hand or on the way. If you’re an employee, one of those forms is the form W-2, Wage and Tax Statement. No matter whether you’re self-preparing your tax return or having your return prepared professionally, you should have a basic understanding of what the form says and how it affects your bottom line. Here’s what you need to know.

An employer issues a form W-2 (form downloads as a PDF) to an employee. An employer has specific reporting, withholding, and insurance requirements for employees that are a bit different from those owed to an independent contractor. 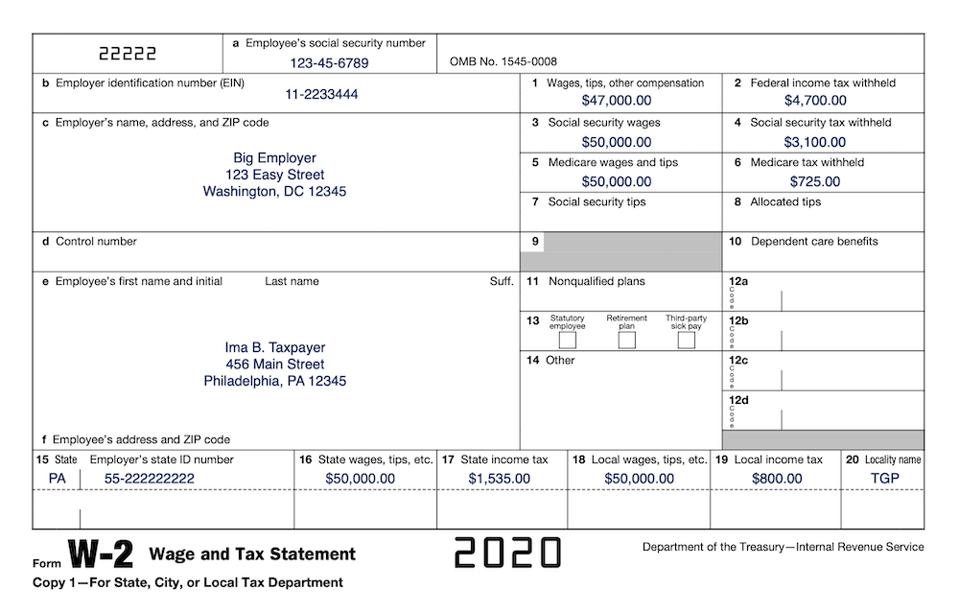 The threshold for issuing a form W-2 is based on dollars. Not time worked. Not position held. Just dollars earned. The magic number is $600. Every employer who pays at least $600 in cash or cash equivalent, including taxable benefits to an employee, must issue a form W-2. If any taxes are withheld, including those for Social Security or Medicare, a form W-2 must be issued regardless of how much was paid out to an employee. If you were paid less than $600 and still received a form W-2, don’t panic: Sometimes, an employer will issue a form W-2 to all employees because it’s easier for them.

An employer prepares six copies of each form W-2 per employee. Yes, that’s a lot of paperwork. If, as the employee, you don’t want to receive paper copies and your employer has an appropriate system in place, you can opt to receive your forms electronically. To do this, you must expressly consent; your employer may not send a form W-2 electronically to any employee who doesn’t agree or who has revoked consent.

As an employee, you get three copies:

The left side of the form is for reporting taxpayer information: 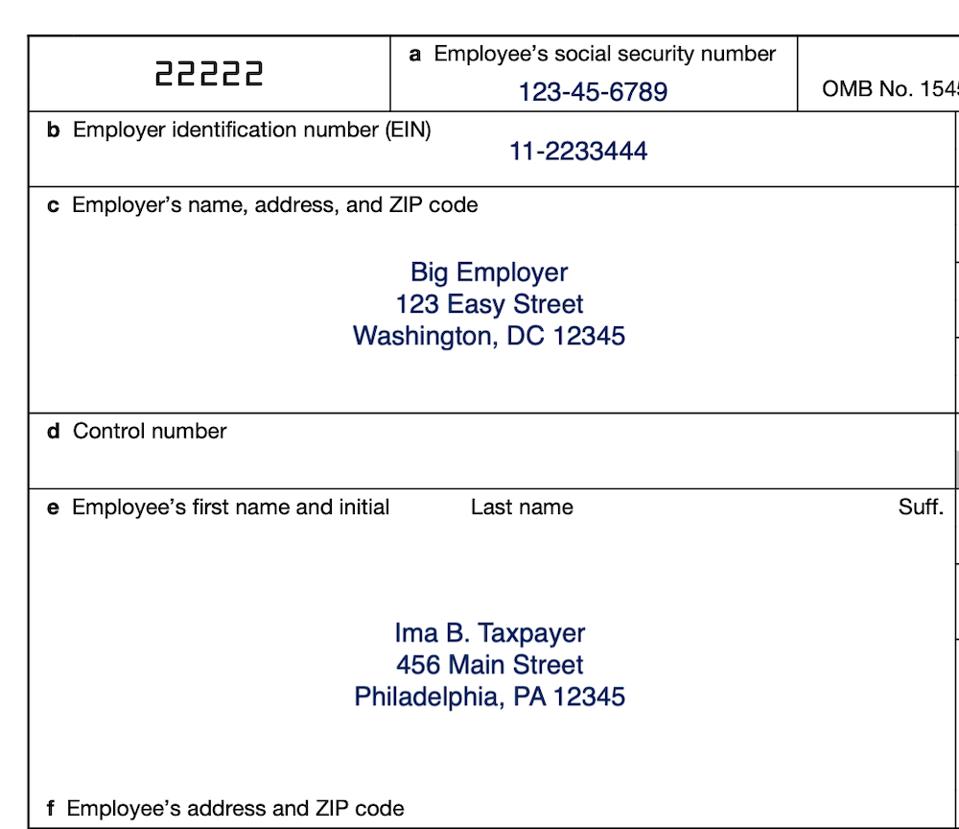 Box a. Your Social Security Number (SSN) is reported in box (a). You should always double-check this to make sure it’s correct. If it’s not right, you need to request a new form W-2 from your employer (that corrected form is called a W-2c). An error could slow the processing of your return. Keep in mind that your entire Social Security Number should appear in this box: while the Regs allow for truncation of numbers on specific forms, it’s not allowable on your form W-2.

Box b. Your employer’s EIN is reported in box (b). An EIN is the employer’s equivalent of your SSN.

Box c. Your employer’s address is reported in box (c). This is the legal address of your employer which may or may not be where you actually work. Don’t let that throw you.

Boxes e and f. These appear as one big block on your form W-2. Your full name is reported in box (e). It’s supposed to reflect the name that’s actually on your Social Security card (the SSA isn’t crazy about suffixes, even if you use them, so you shouldn’t see one on your form W-2 unless it’s on your Social Security card). If your name isn’t exactly as it appears on your Social Security card, you may need a new form W-2; ask your employer if you’re not sure. Your address is reported at box (f) and should reflect your mailing address, which could be a post office box, and is likely without punctuation. If your address on the form W-2 isn’t correct, notify your employer (you won’t need a new form W-2, but your employer needs to update his or her records).

The right side of the form is used to report dollars and codes: 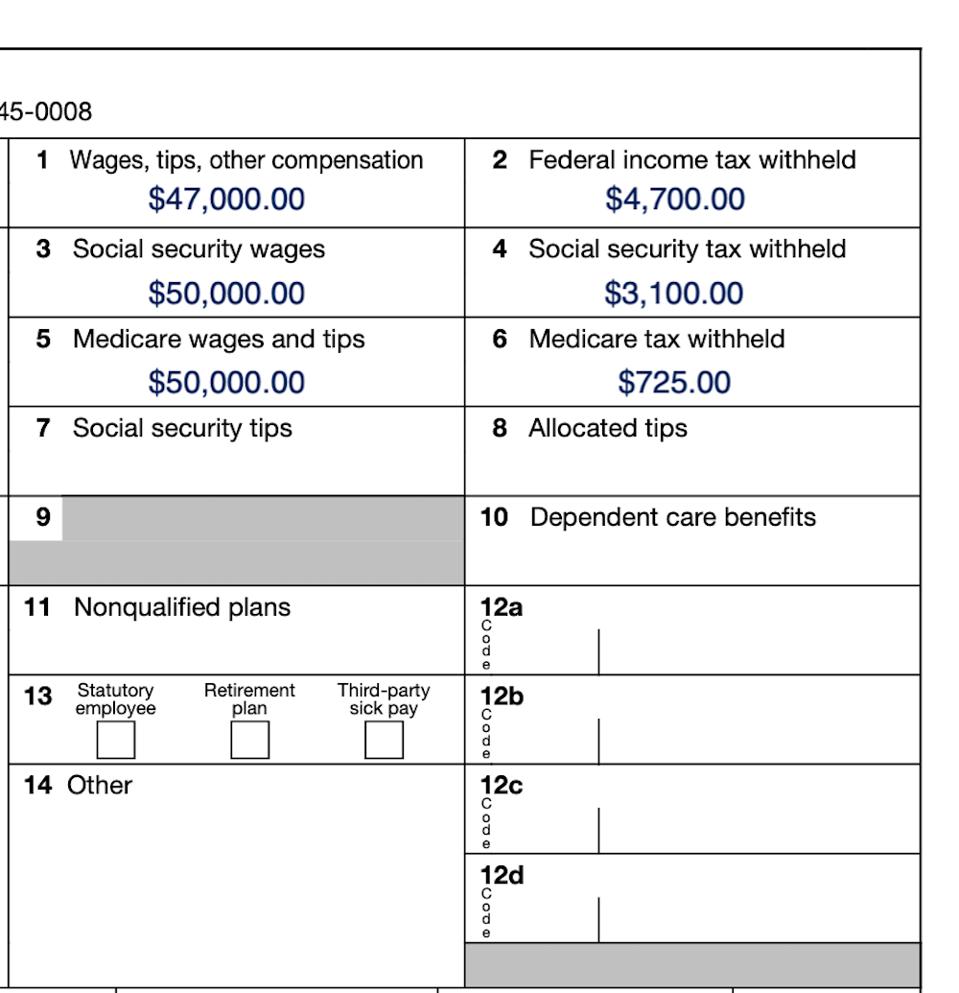 Box 1 shows your total taxable wages, tips, prizes, and other compensation, as well as any taxable fringe benefits. It does not include elective deferrals to retirement plans, pretax benefits or payroll deductions. Since the figure doesn’t include those amounts, it’s not unusual for this amount – like the one in my example – to be less than the amounts included in boxes 2 and 3. This tends to be the number most taxpayers care about the most.

Box 2 reports the total amount of federal income taxes withheld from your pay during the year. The elections on your form W-4 determine this amount, and it’s based on your exemptions and any additional withholding.

Box 5 indicates wages subject to Medicare taxes. Medicare taxes generally do not include any pretax deductions. That, combined with the fact that unlike Social Security wages, there is no cap for Medicare taxes, means that the figure in box 5 may be larger than the amounts shown in box 1 or box 3. It’s likely the biggest number on your form W-2.

Box 6 shows the amount of Medicare taxes withheld for the year. Like Social Security taxes, Medicare taxes are figured based on a flat rate of 1.45%. For most taxpayers, this means that the figure in box 6 is equal to the number in box 5 times 1.45% (in my example, $50,000 x 1.45% = $725). Your employer must also withhold additional Medicare tax of .9% from wages paid to an individual earning more than $200,000, regardless of filing status or wages paid by another employer. Since your employer doesn’t know your entire financial picture, you may have to pay more additional Medicare taxes than your withholding depending on filing status, compensation, and self-employment income.

Allocated tips reported in box 8 are those that your employer has attributed to you. Those tips are considered income to you.

Box 9 is no longer in use since the verification code pilot program has ended.

At box 10, your employer will report the total benefits paid on your behalf under a dependent care assistance program, including those that exceed the $5,000 exclusion (if the value exceeds $5,000, that excess will be reported in boxes 1, 3, and 5). Amounts that are less than $5,000 and are paid under a qualified plan are considered nontaxable benefits.

Box 11 is used to report amounts distributed to you from your employer’s non-qualified deferred compensation plan (this amount is taxable). Don’t confuse this with amounts contributed by you. That shows up in box 12.

Box 12 is the kitchen sink of form W-2 reporting. Here, you’ll see all kinds of codes: if there are more than four items to be reported in box 12, your employer may use a separate form W-2 to report the additional items. Not all of the income coded at box 12 is taxable. Here’s a quick rundown of the codes (if you have trouble reading them, you can find them in the instructions): 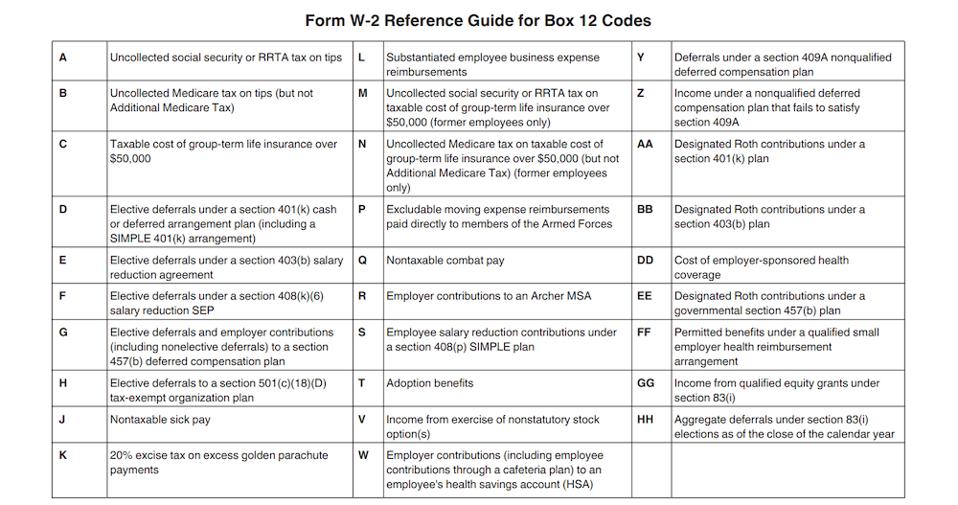 Box 13 isn’t one box: it’s a series of three boxes. Your employer will check the appropriate box if you are a statutory employee (employees whose earnings are subject to Social Security and Medicare taxes but not federal income tax withholding); if you participated in your employer’s retirement plan during the year; or if you received sick pay under your employer’s third-party insurance policy.

Box 14 is a “catch all” box. Your employer reports anything here that doesn’t fit anywhere else. Examples include state disability insurance taxes withheld, union dues, health insurance premiums deducted and nontaxable income. If you can’t figure out the amounts in this box, check with your payroll or human resources (HR) department: in most cases, the IRS will not be able to interpret these for you.

Finally, your state and local tax numbers are reported at the very bottom of the form W-2:

Box 15 includes your employer’s state and state tax identification number. If you work in a state without a reporting requirement, this box (along with boxes 16 and 17) will be blank. If you had multiple withholdings in several states, more than one box will be filled.

If you are subject to state tax reporting, box 16 will show the total amount of taxable wages for state tax purposes.

If you have wages reported in box 16, box 17 will show the total amount of state income taxes withheld during the year. If you live in a state that has a flat state tax, you can double-check to make sure that your withholding is correct by multiplying the amount in box 16 by the flat tax rate.

If you are subject to local, city, or other state income taxes, those wages will be reported in box 18. If you have wages subject to withholding in more than two states or localities, your employer will furnish an additional form W-2.

If your wages in box 18 are subject to local, city, or other state income taxes, any amount of withholding will be reported at box 19.

Box 20 shows the name of the local, city, or other state tax being reported at box 19.