Breaking
Why Communication Is So Powerful In The Age...
OpenSooq, The Best Website to Buy Used Cars...
Hot Tips to Reduce MacBook Pro Fan Noise
How to Make the Most Out of Your...
7 Examples Of Using AI For SEO
Why you Should Always Try the Demo Slots...
How to Launch a New Restaurant Business
Start the Year Debt Free
How to clear a browser cache on a...
Which are the best software providers of slots...
How Investing Can Help You Save For Retirement
Top progressive betting strategies for slot machines
Key Software Tests to Conduct Before Product Launch
Why so many people play slots online in...
Why businesses should prioritise Cyber Security
What You And Your RTO Business Need To...
Home Business How To Respond When Slackers Don’t Pull Their Weight
BusinessEntrepreneurshipStart Ups

How To Respond When Slackers Don’t Pull Their Weight 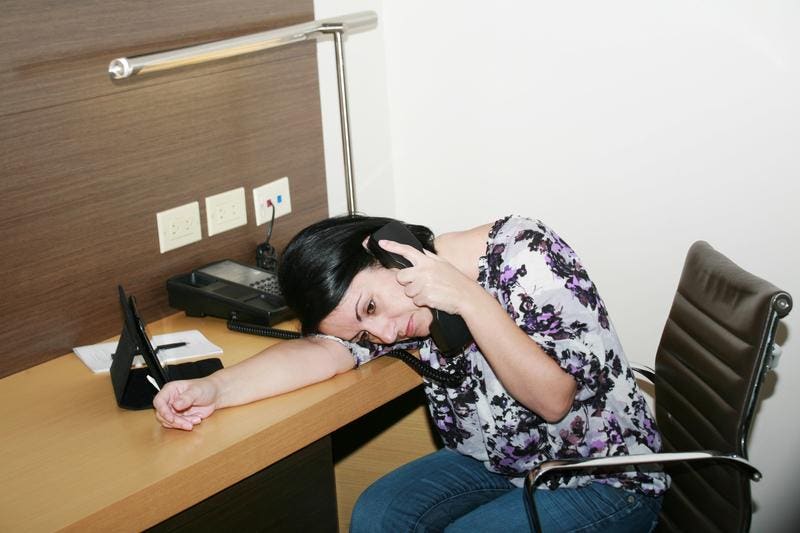 Back in high school, the kids called it snitching. Teachers, trying not to be complicit in the tattling but also wanting to build a positive classroom culture, often responded to the warring class members this way: “You two just need to work it out. Remember that I’m giving a team grade so see if you can’t figure out how to get along.”

Although I can’t speak for all such conflicts, personal observation confirms what typically happens in these situations: The conscientious student carries the workload and finishes the project. The slacker tunes out. And they both get the same team-project grade.

Sound familiar? In the workplace, the stakes run considerably higher than a nine-week grade. The situation goes like this: A team doesn’t get along for whatever reason. One member becomes a slacker, leaving a coworker to carry the load. The superstar doesn’t say anything to the team leader or the supervisor about the slacker. He or she simply resigns the organization and moves on, leaving the team and the organization with the troublemaker.

Yes, such slacker behavior would probably surface at some point in your 360 feedback. But that may be far too late to save the team, the project, and the repetitive talent drain.

What to Do When You Become Aware of a “Slacker” Situation?

As the team’s executive leader, review past appraisals. Determine if the slacker behavior or conflict seems to be temporary or long-term behavior. Is the employee capable of doing the job? Is the issue lack of skill? A temporary health problem? A personal problem at home? Or a general negative attitude or poor work ethic?

If there’s insufficient information in the employee record, take the next step.

Talk to the Person Who Surfaced the “Slacker” Situation

How do they see the situation? Do several coworkers share the concern about the slacker’s work productivity and behaviors? Who else could shed light on the issues?

On occasion, the complainer thinks someone is “getting away with” something—like favorable treatment or a lighter work load. Simply follow the trail to get more information from those directly involved.

If the team reports to you as the boss, reflect on your past supervisory actions. Have you granted more flexibility to a top performer? (Time off? Different work arrangements? Later deadlines?) Is what you consider “flexibility” contributing to the “slacker” impression? If so, make sure all team members know those reasons or extenuating circumstances.

Point out that top performance earns more flexibility in how and when someone works. You’re not trying to “defend” your decisions; your goal is simply to provide criteria for such decisions–criteria that a reasonable person can understand.

A common explanation: “Well, I try to be flexible with my top performers. When they need extra time (or a little lighter load for awhile), I cut them some slack.”

Your job as a senior leader is to remind everyone of the importance of consistent policies—and the reasoning for exceptions. Stay aware of perceptions of the entire team and be willing to offer criteria that earns any flexible arrangements.

Talk to the “Slacker”

Get their perspective on how a project is going:

Share your collected information:  If nothing relevant to the conflict surfaces in this conversation, you’ll need to state outright why you’re asking the questions. Then listen carefully to the “slacker’s” viewpoint: Does she perceive a problem in her productivity or ability to get along with coworkers? If so, help the slacker to identify the consequences of her behavior—or loss of productivity.

Circle Back to Close the Loop

Tell the team member who reported the situation that you’ve taken “appropriate action.” It’s typically best not to go into detail about what specific action you’ve taken, because that can worsen the friction between those involved.

The conscientious employee simply has to feel that they’ve been heard and have confidence that things will get better because of your intervention.

Closing the loop brings everyone to a broader understanding of several things: How their work performance—or lack thereof––affects relationships with peers. What consequences “slacker” performance creates for other team members.  How someone’s lack of productivity damages the overall project.

That understanding produces one of two things: A pivot point or an exit.

Dianna Booher is the bestselling author of 48 books, including Communicate Like a Leader. She helps organizations communicate clearly. Follow her at BooherResearch.com and @DiannaBooher.

The Value Of Saying No – And Who To Turn Down